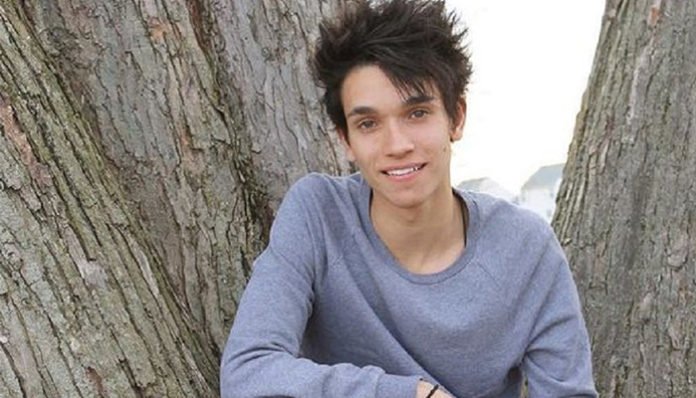 A YouTube star, Lucas Dobre is best known for his channel, Lucas and Marcus, which he runs with his twin brother, Marcus. Incredibly popular, the duo’s videos have gained them more than 7 million subscribers to date. Prior to YouTube, the pair were known for their 6-second clips on Vine.

In addition to their YouTube career, the twins have also dropped a number of singles over the past couple of years. Some of these include No Fakes, On the Real Tho, You Know You Lit, Bumpin’, and The Walk. Most recently, they released Whoa in 2018.

What is the earning potential of their YouTube channel? How much has he earned from his videos so far? How rich is he? From what we can gather online, Lucas Dobre’s net worth is estimated to be around $300,000. What’s his greatest source of income? Let’s explore this question below.

How did Lucas Dobre Make His Money & Wealth?

Born on January 28, 1999, in Gaithersburg, Maryland, Lucas Dobre and his twin brother Marcus is the son of Aurelia Dobre, a former Olympic medalist. One of four children, he has two other brothers named Cyrus and Darius, whom he often collaborates with on YouTube. Initially, the pair had made themselves known on the mobile app, Vine, where they had over 1.7 million followers.

From there, they branched out to YouTube, where they made themselves known for their skits, parodies, and vlogs. Today, they have gained more than 7.5 million subscribers with over 1.4 billion video views. Some of their most popular uploads so far include Learning Gymnastics with Our Favourite Girl, We Can’t Believe We Did This in Our Parents Room, and Crazy Dares in Grocery Store.

With the number of views that they receive (generally over 15 million per video), it wouldn’t be surprising if the bulk of their income came from their YouTube channel. According to various sources, their account generates upwards of $1,8000 in earnings per day- this easily works out to be in the six figures per year.

In addition to their primary channel, they also have a secondary channel called Dobre Brothers, which they launched in 2017. Though not as popular as their main account per se, they’ve already amassed more than 2.3 million subscribers. Assuming that it’s also being monetized, it would serve as yet another source of income for the duo.

While they’re best known for their work on YouTube, the Dobre Twins have also released a handful of hip-hop tracks. In fact, just last year, they came out with the single, You Know You Lit, an immense success that has since been played more than 45 million times online. Some of the other songs that they’ve recorded include Bumpin’, No Fakes, and The Walk. Their most recent release, Whoa, was made available earlier this year.

If you’d like to support the twins, they have set up an official merchandise store at shopdobre.com. Looking at the site now, a variety of products are available from sweaters to phone cases.

No, Lucas Dobre is not married. As far as we know, he is currently not in a relationship.

Does Lucas Dobre Have Any Children?

No, Lucas Dobre does not have any children.

Did Lucas Dobre Go to College?

No, he has not gone to college. Instead, he opted to pursue a YouTube career.

What is Lucas Dobre Famous For?

Lucas Dobre and his brother initially rose to fame on Vine. Since then, they’ve made themselves known on YouTube, where they have more than 7 million subscribers.

Unfortunately, information on Lucas Dobre’s location is not available at this time.

What Kind of Vehicle Does Lucas Dobre Drive?

Unfortunately, we do not have any information on his vehicle.

How Much Money Did Lucas Dobre Make Last Year?

Information on Lucas Dobre’s annual earnings for 2017 is not available.

As mentioned earlier, Lucas and his Marcus had recently released a single titled, Whoa earlier this year. On YouTube, the MV has already racked up over 2 million views.

Other than that, they’ve of course, also been updating their YouTube channels on a regular basis.