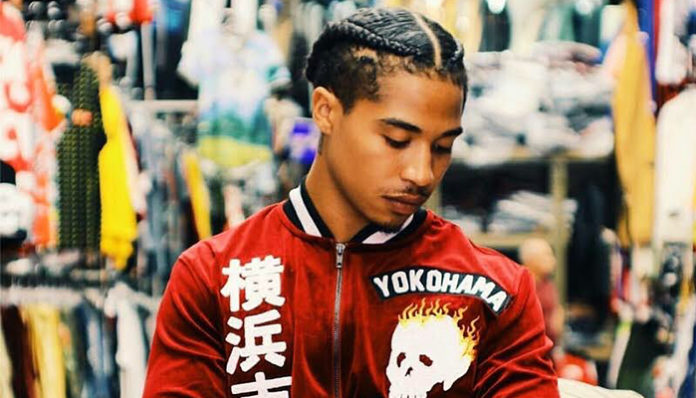 Based in Los Angeles, Santo August was formerly a member of the R&B boy band, Mindless Behaviour. Since his departure, he has launched a solo music career with the release of two singles, I’m The Plug, and Amazing, both of which are popular among fans.

In addition to his music career, the 20-year-old is also an actor. In fact, he has appeared in several shows over the years including 106 & Park, Piper’s Quick Picks, and So Random!, to name a few. In terms of films, he’s also worked on titles such as Big Time Movie, and Secrets of the Magic City.

How is the rapper doing for himself nowadays? How rewarding has his acting/music career been? How wealthy is he? From our research, Santo August’s current net worth is around $700,000. Where did he earn this from? What are his biggest projects so far? We’ll be trying to answer these questions below, so be sure to stick around.

How did Santo August Make His Money & Wealth?

Born on July 23, 1997, Santo August initially rose to fame as a member of the R&B boy band, Mindless Behaviour. Formed in 2008, the group had honed their skills for two years, prior to making their musical debut. Some of their most popular hits to date include Mrs. Right (Feat. Diggy Simmons), My Girl, Girls Talking’ Bout, and Keep Her on the Low.

In 2011, the crew released their debut album, #1 Girl. Supported by four singles, several tracks featured him on vocals including the titles My Girl, Hook It Up, Missing You, and Gone. Their most successful project to date, it went on to chart at number 7 on the Billboard Top 200.

Two years later, they released their second album, All Around the World. As before, August contributed to many of its tracks including I Lean, Ready for Love, Forever, and Keep Her on the Low. Featuring guest appearances from Jacob Latimore and Soulja Boy, over 37,000 copies were sold in the first week.

Prior to the release of their third album, the rapper was allegedly “fired” due to his ill-mannered behavior. Having said that, it’s likely that he had already earned himself a decent amount by that point.

As a solo artist, he has released two singles so far- Amazing and I’m The Plug. On YouTube, the former has already been played close to 800,000 times. For now, it’s unclear whoever or not he plans on releasing a solo album in the near future.

Aside from music, he has also been involved with television and film. For instance, he has appeared in several shows over the years including 106 & Park, So Random, and Tamar & Vince. In addition to that, he has also been invited onto The Mo’Nique Show, The Ellen Degeneres Show, and Big Morning Buzz Live.

As far as films go, he has also worked on a few titles such as Bad Behaviour, Mindless Behaviour: All Around the World, Big Time Movie, and Secrets of the Magic City.

No, he isn’t married. As far as we can tell, he is currently not in a relationship.

Does Santo August Have Any Children?

Yes, he does. At the age of sixteen, his girlfriend at the time, Desiree Dezhaee gave birth to a son.

Did Santo August Go to College?

From what we know, Santo August did not attend college.

What is Santo August Famous For?

Santo August rose to fame as a member of the popular hip-hop band, Mindless Behaviour. After performing with the crew for a few years, he left in 2014.

Santo August currently lives in Los Angeles, California. Photos of his house are not available.

What Kind of Vehicle Does Santo August Drive?

Information on Santo August’s vehicle is unavailable at this time.

How Much Money Did Santo August Make Last Year?

Information on Santo August’s annual earnings for 2017 is not available.

In early 2016, the rapper was sentenced to two years in prison, after being arrested for battery and robbery. Due to his good behavior, he was later released in the summer of 2017. While he was behind bars, he released the singles, I Choose Her and I’m The Plug.

What’s the rapper up to nowadays? Why not follow him on social media? You can find Santo August on Twitter at @Santothaplugg7 or on Instagram at @Santothaplugg. On Facebook, you can also find his official fan page here.