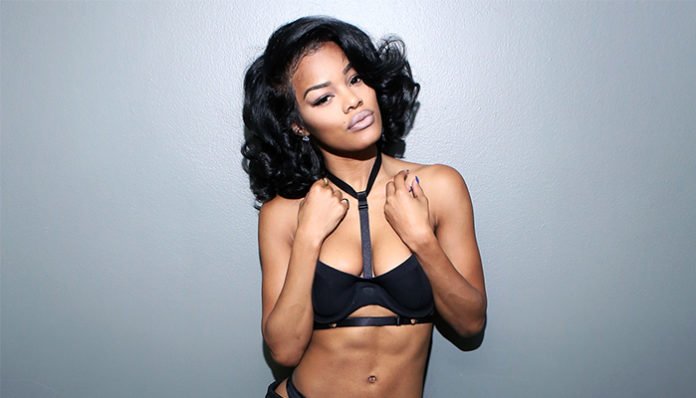 Based in New York, New York, Teyana Taylor initially rose to fame after appearing in the reality series, My Super Sweet 16. Since then, she has acted in several films including Cruel Summer, The Start Up, Brotherly Love, and The Breaks.

An aspiring songwriter, the twenty-something has worked with several big-name artists over the years including Chris Brown, Omarion, and Usher. In fact, she has launched a solo music career for herself, with many records to her name. Her debut album, VII was released in the fall of 2014. Since then, she has also come out with an EP titled, The Cassette Tape 1994.

How successful has her career been so far? Have her efforts paid off? How much has she made from acting and singing over the years? From what we can tell, Teyana Taylor’s current net worth is around $3 million. Where did this wealth come from? Below, we’ll be taking a more in-depth look at her career.

How did Teyana Taylor Make Her Money & Wealth?

Born on December 10, 1990, in Harlem, New York, she has been performing ever since she was nine years old. Growing up, she participated in numerous talent competitions including the well-known Apollo Theatre All-Stars Talent Search. Some of her biggest musical influences to date include Michael Jackson, Janet Jackson, Lauryn Hill, and Stevie Wonder.

In 2006, she got her first taste of the music industry after working on the music video for Beyonce’s hit song, Ring the Alarm. Soon afterward, she was offered a deal with Pharrell William’s imprint, Star Trek Entertainment. Prior to making herself known as a singer, however, she was featured in the MTV reality series, My Super Sweet Sixteen, which garnered her a significant amount of attention.

Two years later, she released her first mixtape, From a Planet Called Harlem. Relatively successful, it spawned the single, Google Me, which peaked at number 90 on the Hot R&B Songs chart.

Since then, the aspiring artist has released several additional titles including the mixtape, The Misunderstandings of Teyana Taylor and the studio album, VII, the latter of which reached number 19 on the Billboard 200. In 2012, she had also contributed to GOOD Music’s compilation album, Cruel Summer, which proved to be a big hit. Today, her most popular songs include Maybe (Feat. Pusha T and Yo Gotti), and Google Me, the first of which reached number 10 on the US Bubbling Under Hot 100.

In addition to what she’s earned from the above projects, Taylor has also made herself known as an actress over the years. Since her television debut in 2007, she has appeared in many films including Madea’s Big Happy Family, Cruel Summer, The Love Section, and The Breaks. Later this year, she will also be co-starring in a comedy titled, Honey: Rise Up and Dance opposite of Bryshere Y. Gray.

She has also been featured in shows such as Fashion Police, Hip Hop Squares, Access Hollywood, and America’s Best Dance Crew.

Yes, she is. Since 2016, she has been married to NBA player, Iman Shumpert.

Does Teyana Taylor Have Any Children?

In 2015, she gave birth to a daughter named Ima Taylor Shumpert Jr.

Did Teyana Taylor Go to College?

From what we know, Teyana Taylor did not attend college.

What is Teyana Taylor Famous For?

As a rapper, she is perhaps best known for her 2014 hit, Maybe (Feat. Pusha T and Yo Gotti), which reached the US Music charts.

Prior to that, she had gained recognition after appearing in the MTV series, My Super Sweet Sixteen.

Teyana Taylor currently resides in New York. Photos of her house are not available.

What Kind of Vehicle Does Teyana Taylor Drive?

Information on Teyana Taylor’s vehicle is unavailable at this time.

How Much Money Did Teyana Taylor Make Last Year?

Information on Teyana Taylor’s annual earnings for 2017 is not available.

Over the past few months, she has been working on the film, Honey: Rise Up and Dance, which will be coming out later this year. In 2017, she had also appeared in the titles Star and The Breaks.

In terms of music, she recently made a guest appearance in Meek Mill’s 2017 single, Made It From Nothing.

Want to follow the actress/rapper online? You can find Teyana Taylor on a few social media sites including Instagram (@TeyanaTaylor) and Twitter (@TeyanaSkyrock). On Facebook, she also has an official fan page set up, which you can visit here.