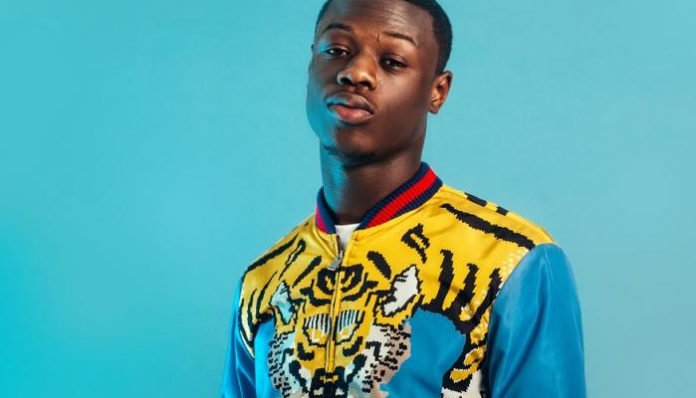 Based in London, J Hus recently gained widespread attention for his breakthrough hit, Did You See, which was released in 2017. Some of his other popular singles include Common Sense, Bouff Daddy, and Spirit, all of which have peaked in his native UK.

As far as multi-track projects go, his debut mixtape, The 15th Day was released in 2015. Since then, the rapper has also delivered a studio album titled, Common Sense, which peaked at the top of the UK Top R&B Albums chart.

Rising in popularity as we speak, he has already amassed more than 50,000 followers on Soundcloud alone. With that said, how successful is he really? How much has he made from his music carer so far? How well off is the 21-year-old artist? What does he have going for him, besides record sales? From what we can gather, J Hus’ current net worth is around the $150,000 mark. Where did he earn this from? We’ll be trying to figure that out below.

How did J Hus Make His Money & Wealth?

Born on May 26, 1996, in Stratford, London, J Hus took an interest in rapping after listening to the works of 50 Cent. Initially hesitant about launching a music career for himself, two of his friends eventually persuaded him to go professional. Today, the same two individuals serve as his management.

Early in his music career, he published several freestyles online- these included GRM Daily, #StreetHeat, and #Rated. Having said that, it wasn’t until 2015 that his fan base began to grow noticeably. That year, he released two singles, Doin It and Lean & Bop. On top of that, he had also dropped his debut mixtape titled, The 15th Day, which boasted twelve tracks, a few of which featured guest appearances from artists such as Nsg, Locz, and Mista Silva.

Continuing on, he released two singles in 2016- Friendly and Playing Sports. In terms of big projects, however, it wasn’t until 2017 that he came out with his debut studio album, Common Sense. The breakthrough that he’d been waiting for, it peaked as high as number 6 on the UK Albums chart. Met with widespread acclaim, the rapper’s “blend of musical genres” earned him much praise from critics.

His most successful record to date, the album has been recognized by several publications including Complex and Crack Magazine. Not only that, but it had won a VO5 NME Award earlier this year. Considering the success of the project, it’s likely that J Hus has made a decent amount from the album.

Aside from record sales, the rapper has another source of revenue- concerts and performances. Like most artists, he puts on a number of shows throughout the year; in fact, he already has several dates scheduled for later this year. For more information, please visit his official website.

As a popular artist, it’s highly likely that he also yields some degree of earnings from his YouTube channel. As of 2018, he has gained over 213,000 subscribers with close to 100 million video views.

No, he is not married. For now, it’s unclear whether or not J Hus is currently in a relationship.

Does J Hus Have Any Children?

As far as we know, J Hus does not have any children.

Did J Hus Go to College?

From what we know, J Hus did not attend college.

What is J Hus Famous For?

As a rapper, J Hus recently gained widespread attention for his debut album, Common Sense, which peaked at number 6 in his native UK. Not only that, but it has since received gold certification from the BPI.

J Hus currently lives in England, London. Photos of his house are not available.

What Kind of Vehicle Does J Hus Drive?

Information on J Hus’ vehicle is unavailable at this time.

How Much Money Did J Hus Make Last Year?

Information on J Hus’ annual earnings for 2017 is not available.

As mentioned earlier, J Hus had released his debut album, Common Sense last summer on May 12, 2017. Responsible for his recent rise to fame, it had peaked at number six on the UK Music Charts.

If you’re a fan, be sure to follow J Hus on social media. For instance, you can find the rapper on sites such as Twitter and Instagram at @JHus. On Facebook, he even has an official fan page- you can visit it by clicking here.