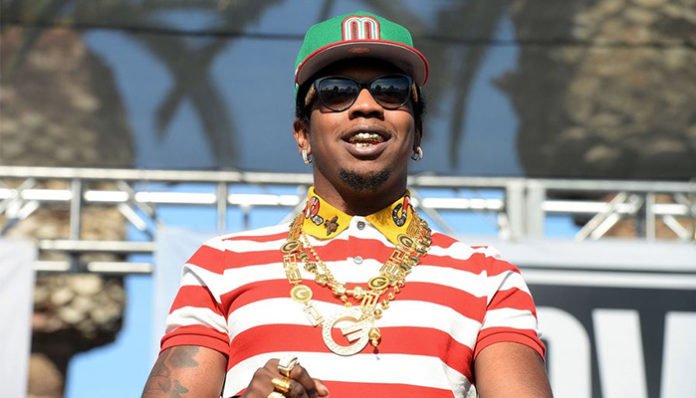 An Atlanta-based rapper, Trinidad James won acclaim for his 2012 hit, All Good Everything. Since then, he has dropped several mixtapes including No One Is Safe, The Wake Up EP, Trappy Mother’s Day EP, and The Wake Up 2. His most recent project, Father FiGGa was released in July 2017.

Over the years, the rapper has collaborated with many artists such as ASAP Ferg, August Alsina, and Early Mac. For instance, he had contributed to the singles, I Luv This Shit and Work (Remix), both of which have since gone platinum in the US.

Considering the fanbase that he’s managed to build for himself, is it safe to assume that he’s pretty successful out there as an artist? How much has he raked in from his musical releases so far? Going off a few websites, Trinidad James’ current net worth appears to be around the $2 million mark. Where did most of this wealth come from? We’ll be exploring this question below.

How did Trinidad James Make His Money & Wealth?

Born on September 23, 1987, in Trinidad and Tobago, Trinidad James spent the first few years of his childhood in Florida and Canada, before settling in New York. Growing up, he enjoyed playing basketball, though he has stated that he does not remember anything before the age of seven due to an alleged head injury. As far as his music career goes, it wasn’t until he was in his twenties that he took up rapping. Some of his greatest musical inspirations to date include Young Jeezy, T.I., Jay-Z, and Cam’ron.

His official debut single, All Good Everything was released in 2012. Taken from his first commercial mixtape, it ended up charting in the Top 40 on the Billboard Hot 100. Met with rave reviews, more than 500,000 copies have since been sold across the US. According to reports, the rapper has earned an allegedly $150,000 in royalties from the song.

Later that same year, he dropped the mixtape, Don’t Be S.A.F.E. Made available as a digital download, it gave rise to ten titles, two of which were collaborations with other artists. His most successful tape to date, it had charted on the US Top Rap Albums, Heatseekrs Albums, and Billboard 200.

Since then, the artist has churned out a number of additional projects including 10 PC Mild, The Wake Up EP, Trips to Trinidad EP, and No One is Safe. Most recently, he issued a mixtape titled, Father FiGGa, which was made available in July 2017.

Naturally, Trinidad James would have earned himself a decent amount of money from the above records. In addition to that, however, it’s likely that he also rakes in some earnings from putting on shows throughout the year (though he doesn’t have any scheduled for the next few months).

In addition to his solo efforts, the rapper has also landed a few features in the past. For instance, he had worked on August Alsina’s hit song, I Love This Shit in 2013. That same year, he had also contributed to ASAP Ferg’s platinum hit, Work (Remix) alongside Schoolboy Q, French Montana, and ASAP Rocky.

While he isn’t married, he has been dating Nicki Grutt since 2015.

Does Trinidad James Have Any Children?

No, Dylan Dauzat does not have any children.

Did Trinidad James Go to College?

No, as far as we know, Dylan Dauzat has not gone to college.

What is Trinidad James Famous For?

Dylan Dauzat is probably best known for his self-titled YouTube channel, where he has over 700,000 subscribers. Previously, he also had a decent following on the mobile app, Vine.

Dylan Dauzat currently lives in LA. Further details are not available at this time.

What Kind of Vehicle Does Trinidad James Drive?

Unfortunately, we do not have any information on Dylan Dauzat’s vehicle.

How Much Money Did Trinidad James Make Last Year?

At this time, we do not have any details on Dylan Dauzat’s 2017 earnings.

As mentioned earlier, Trinidad James recently put together a new mixtape dubbed, Father FiGGa. Prior to that, his last release was that of The Wake Up 2 in 2016. In terms of guest appearances, he had appeared in David Banner’s song, Amy.

Want to support the Atlanta rapper online? If so, why not follow him on social media? You can find Trinidad on Instagram or Twitter at @TrinidadJamesgg. Alternatively, you can check out his official Facebook fan page for the latest news and announcements.