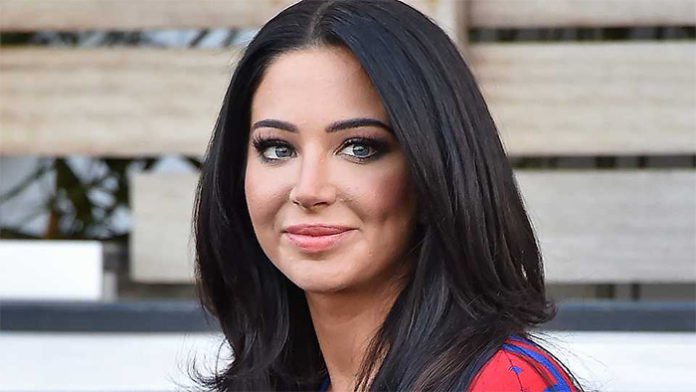 An English singer-songwriter, Tulia Contostavlos rose to fame as a member of the hip-hop group, N-Dubz in the 2000’s. With the group, she had released a number of successful records including I Need You, Playing with Fire, We Dance On, and Girls. As a solo artist, she released an album titled, The Female Boss in 2012.

Over the past decade, she’s also appeared in a number of television shows such as Before They Were Dubz, Demons Never Die, and Dubplate Drama. Between 2011 and 2012, she also served as one of the judges on the singing competition, The X Factor UK.

How financially successful is the 29-year-old artist? How lucrative is her music career? Since her debut, how much has she made from her various projects? According to various sites, Tulisa Contostavlos’ current net worth hovers around $3 million. Where could she have earned this money from? Let’s explore this question down below.

How did Tulisa Contostavlos Make Her Money & Wealth?

Born on July 13, 1988, in Camden Town, London, Tulsa Contostavlos attended Quintin Kynaston School in St John’s Wood as a teen. As it had happened, she was invited to perform with Dappy and Fazer, a pair who had started to rap together in 2000. The only female of the group, they eventually released their debut single, You Better Not Waste My Time in 2006.

A few additional singles soon followed including I Swear, Feva Las Vegas and Ouch. From there, N-Dubz, as they were called, released their first studio album, Uncle B in 2008. Responsible for their rise to fame, it boasted seventeen tracks including Better Not Waste My Time, Papa Can You Hear Me and Wouldn’t You. Despite mixed reviews, it enjoyed much success in the UK, where it had charted at number 11.

Since then, the group has also released the albums, Against All Odds and Love.Live.Life, both of which have gone platinum in the UK. Critically acclaimed, they gave rise to some of their most popular hits to date including Playing with Fire (Feat. Mr. Hudson), We Dance On (Feat. Bodyrox), and Girls.

As a member of the group, Tulisa would have obviously earned a decent amount from their work. In addition to that, however, they had also put on a handful of concert tours; naturally, they would have yielded a considerable sum from each performance.

Besides her work with N-Dubz, she’s also been involved with several other projects. For instance, she had released her solo debut album, The Female Boss in 2012. Today, she is best known for her song Young, which had topped the UK music chart. In terms of other music ventures, she had also supported Ne-Yo on his 2013 concert tour.

Not only that, but she’s also appeared in a number of TV shows such as Dubplate Drama, Before They Were Dubz, Big Fat Gypsy Gangster, and The Xtra Factor. In 2011, she was also chosen to be one of the judges on the competition series, The X Factor UK.

As far as we know, she is currently single. Previously, she had been in a relationship with Justin Edwards.

Does Tulisa Contostavlos Have Any Children?

As far as we know, Tulisa Contostavlos does not have any children.

Did Tulisa Contostavlos Go to College?

From what we know, Tulisa Contostavlos did not attend college.

What is Tulisa Contostavlos Famous For?

Tulisa Contostavlos is perhaps best known as a member of the hip-hop group, N-Dubz, with whom she’d released a number of records. As a solo artist, she had also issued an album titled, The Female Boss in 2012.

Tulisa Contostavlos currently lives in London. Photos of her house are not available.

What Kind of Vehicle Does Tulisa Contostavlos Drive?

Information on Tulisa Contostavlos’ vehicle is unavailable at this time.

How Much Money Did Tulisa Contostavlos Make Last Year?

Information on Tulisa Contostavlos’ annual earnings for 2017 is not available.

In 2016, it was revealed that she had signed with an agent in attempts to make a comeback as a film actress. That same year, she had released a second single titled, Sweet Like Chocolate (feat. Akelle).

Want to follow the artist online? If so, you’ll be happy to know that Tulisa is active on a few social media platforms- for instance, you can find her on Twitter at @officialtulisa or on Instagram at @OfficialTulisa. On Facebook, she also has a fan page which you can visit by clicking here.