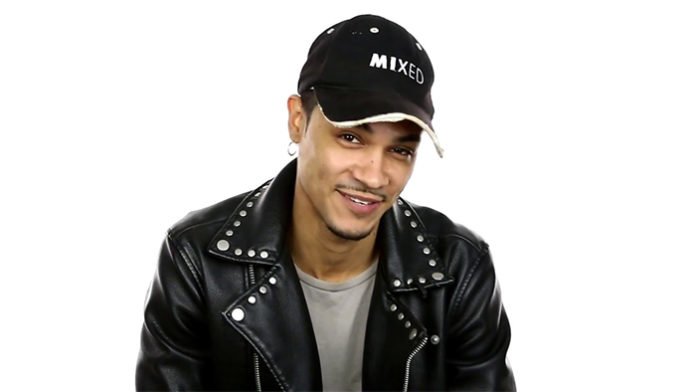 A hip-hop artist, Dustin Breeding is best known as a member of the R&B boy band, B5. Together with his brothers, he has dropped a number of singles over the years including U Got Me, All I Do, Say Less, and Hydrolics. The last record that they’d released was Cookie in 2013. Since then, they haven’t come out with any new material.

On television, he has also appeared in a handful of programmings such as 106 & Park Top 10 Live, Live with Kelly and Ryan, All My Children, and The Guardians. In 2006, he was even featured in the TV documentary, The Beginning of B5.

How well off is the rapper now? How much has he earned from his music endeavors? How successful was he as a music artist? Unfortunately, information on Dustin Breeding’s net worth is not yet available. In the meantime though, let’s take a closer look at some of his accomplishments.

How did Dustin Breeding Make His Money & Wealth?

Born on October 8, 1987, in St. Petersburg, Florida, Dustin Breeding is the oldest of five siblings- he has four younger brothers named Bryan, Carnell, Patrick, and Kelly. Inspired by their mother and aunt, the boys decided to form a band called TNT Boyz in 1998. Together, they participated in and won numerous competitions, including ones put on by Radio Disney. After their youngest brother joined the group, they changed their name to B5 (Breeding 5).

In 2005, the brothers released their eponymous debut album, B5 through Atlantic Records. A blend of R&B and pop, it contained twelve tracks, two of which included the covers, Let It Be and All I Do. On the music charts, the album had reached number 7 on the Hip-Hop Albums chart and number 19 on the Billboard 200.

Two years later, the group dropped their second album titled, Don’t Talk, Just Listen. Preceded by the single, Hydrolics, the project gave rise to over a dozen new songs including She Got It Like That, In My Bedroom, I Must Love Drama, and How You Not Gonna. Upon its release, it had entered the Billboard 200 at number 27, with around 19,000 sales in the first week.

In addition to the two albums, B5 had also contributed to other records such as Radio Disney Jingle Jams, That’s So Raven Too!, Hannah Montana, and DisneyMania 4. The group’s last single, Cookie, was released in 2013. As far as public appearances go, they had also participated in several tours and shows with other acts such as Usher, Genuine, Kanye West, and Mario Winans.

In addition to what they would have earned from their albums and shows, they had also released two DVDs called The Beginning of B5: The Documentary and The Journey So Far.

On television, he’s also been featured in shows such as Live with Kelly and Ryan, All My Children, The Guardians, and 106 & Park Top 10 Live.

As far as we know, he is not married. In the past, he had dated Dawn Richard and Kim Lee.

Does Dustin Breeding Have Any Children?

As far as we know, Dustin Breeding does not have any children.

Did Dustin Breeding Go to College?

From what we know, Dustin Breeding did not attend college.

What is Dustin Breeding Famous For?

Dustin Breeding is best known as a member of the boy band, B5, which he’d formed with his younger brothers. At the peak of their popularity in the 2000’s, they had released a number of hit singles.

Dustin Breeding currently lives in Florida. Further information is not available at this time.

What Kind of Vehicle Does Dustin Breeding Drive?

Information on Dustin Breeding’s vehicle is unavailable at this time.

How Much Money Did Dustin Breeding Make Last Year?

Information on Dustin Breeding’s annual earnings for 2017 is not available.

As far as we can tell, B5 has not made any public appearances in the recent years. Their most recent project was that of the single Cookie, which was released back in 2013.  Since then, he and his brothers have not put together any new releases.

As a solo artist, however, he has dropped a few singles over the past year including Just Like Marvin, Change Me and Kodeine Nights.

Want to support the artist online? If so, how about following him on social media? You can find him on Twitter and Instagram at @DustinMichael00. On Facebook, he also has a fan page which you can visit here.