What Happened to Kathryn Edwards – 2018 Update 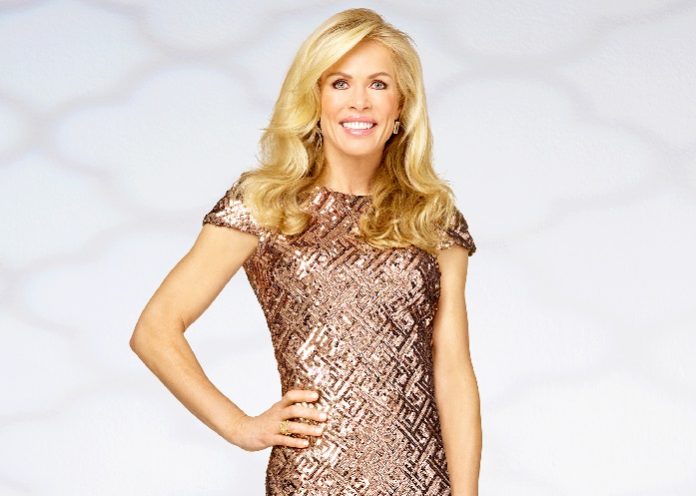 Kathryn Edwards joined The Real Housewives of Beverly Hills back in 2015 for season six, and even though she only remained on our screens for one year, she brought plenty of excitement and controversy to the show. Kathryn had a major score to settle over a twenty-year-old book and promised to bring her straight-forward midwest attitude to the occasionally over-dramatic ladies of Beverly Hills.

Kathryn’s spell as a Real Housewife of Beverly Hills may have only lasted one year, but she forged some long-lasting friendships with some of her co-stars, and she answered a few questions about her past with ex-husband Marcus Allen. Above all Kathryn Edwards built up a strong following of fans that were sad to see her leave the show, and since then she hasn’t returned to our screens, but what’s Kathryn Edwards doing now in 2018? Read on to find out.

Kathryn Eickstaedt Edwards was born in Milwaukee, Wisconsin on October 16th, 1964. After graduating from South Milwaukee High School she had grown into a young lady with smoldering good looks, and it wasn’t long before the Elite Model Management agency signed her up. Kathryn moved to Paris and quickly won several high-profile assignments on magazine covers, and she even modeled for Nike’s first ever ‘Just Do It’ campaign.

Kathryn’s successful profile as a model meant she was always in demand, and in 1986 she relocated to Los Angeles to continue her career. It was in LA she met Marcus Allen, NFL star with the Oakland Raiders, and hero of Superbowl XVIII in 1984. Kathryn and Marcus married in 1993, but the marriage wasn’t a long-lived one.

For reasons that neither Kathryn or Marcus have ever publicly discussed, they divorced in 2001, however, a sensational best-selling book by Faye Resnick was published in 1994, and in it, Resnick claimed that Marcus had an affair with OJ Simpson’s wife Nicole Brown, which may have possibly led to her murder. Kathryn and Marcus had been good friends with OJ and had even held their wedding ceremony at OJ’s mansion in Brentwood, California, but they had both always strenuously denied Faye Resnick’s allegations.

Kathryn Edwards and The Real Housewives of Beverly Hills

Kathryn married again in 2002, once again to an Ex-NFL star, this time Donnie Edwards, former linebacker for the Kansas City Chiefs, who was nine years her junior. She had appeared on one episode of ‘Married With Children’ back in 1989, and in 2015 the opportunity to appear in Bravo TV’s Real Housewives franchise came along.

Kathryn already knew fellow cast-members Yolanda Hadid and Lisa Rinna, they had all worked together as models in Los Angeles in the 1980’s, but original cast-member Kyle Richards also had a best friend in none other than Faye Resnick, the author that Kathryn had in the past labeled ‘Trashy’ and a complete liar. It wasn’t long before Kyle held a barbecue, in order to get the two ladies together for the first time ever, and the fireworks between the two were eagerly awaited by fans of the show.

In the end, despite much hyping of the confrontation, the first meeting between Kathryn and Faye Resnick was rather anti-climactic. Kathryn attempted to discuss the claims in the book, but Faye refused to discuss events from twenty years ago. Kyle attempted to soothe things between the two ladies and Kathryn eventually let it go, later admitting to Erika Girardi that she hadn’t actually ever read Faye’s book, and that was the end of the long-awaited drama between the two.

Perhaps it was the lack of drama that level-headed Kathryn brought to the show, or perhaps there were other reasons, but after just one season in The Real Housewives of Beverly Hills, producers announced in June 2016 that Kathryn wouldn’t be returning for season seven. Since then Kathryn hasn’t returned to our screens at all, despite constant pleas from her many fans, but she has been keeping herself more than busy with her other interests.

Kathryn and husband Donnie lead a fairly busy life these days out of the limelight. They both strongly support the military, and Kathryn accompanies Donnie on United Service Organization tours, which he has participated in seven of. Recently they took several veterans of the D-Day landings back to Omaha beach in France, and also found time to visit Kathryn’s former home of Paris while they were there.

Kathryn and Donnie are always on the move, their main residence is in Brentwood, California but they frequently spend time at their second home in Rancho Santa Fe, near San Diego. The couple is often spending time in various places around the World, and Kathryn keeps her fans up-to-date with her latest adventures on her Instagram page and Twitter account.

Donnie and Kathryn also support various children’s charities, including the Child Abuse Prevention Foundation, and Kathryn is an ardent animal lover, frequently supporting and promoting various animal welfare charities. The couple has no children, but Kathryn’s French bulldog Otis is, by her own admission, treated exactly like the child they never had. She remains on good terms with several of her former Real Housewives co-stars but in particular fellow animal lover Lisa Vanderpump, who often finds the time to comment on Kathryn’s Instagram posts.

As for her brief time on The Real Housewives of Beverly Hills, Kathryn has only said that she enjoyed her time on the show, but with so many big personalities, and big egos, in such a pressurized environment, the tension was always present among the housewives. Kathryn recently said that although she found the experience an overwhelmingly positive one, and loved meeting fans, she has no plans to return to TV at any time in the future, instead preferring to spend time with her husband in their various charitable activities.