What Happened to Kathy Wakile – 2018 Update 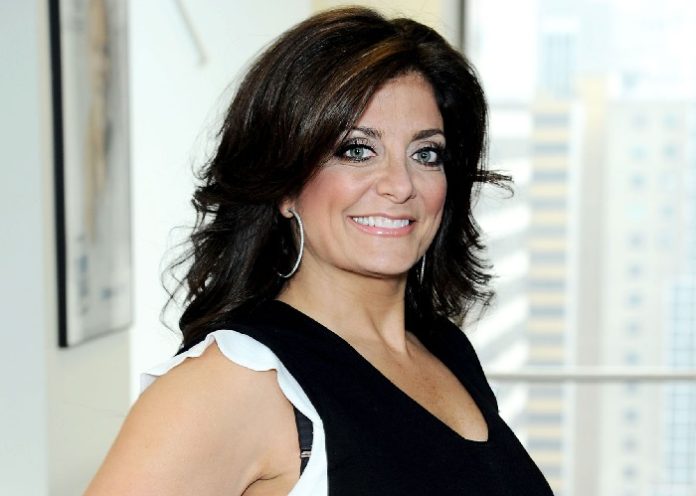 The fourth installment of Bravo TV’s reality franchise, The Real Housewives of New Jersey first came to our screens in May 2009, the first two seasons had featured Teresa Giudice, Caroline and Dino Manzo, Danielle Staub and Jacqueline Laurita, but it was the acid-tongued Teresa that many viewers loved to hate. Teresa’s occasional tirades against her co-stars earned her plenty of criticism, but also many fans who loved the drama that she brought to the show.

In 2011, Teresa’s cousin Kathy Wakile, who had been a frequent guest during season two, became a regular placement for season three, and we all learned a lot more about what made Teresa tick, as well as seeing some classic fiery confrontations between the two cousins. Over the next two seasons a long-standing family feud caused plenty of fireworks between Kathy and Teresa, with fans enjoying every moment of the tension between the two, but after finally leaving the show for good at the end of season seven, Kathy has been involved in several projects, and has since embarked on an entirely new business.

Kathy Wakile was born Katherina Pierri on October 4th, 1965, in New Jersey. The oldest of five children, Kathy met her husband Rich, the owner of a chain of gas stations throughout New Jersey, and the couple married in the mid-nineties. They had two children, a daughter Victoria in 1996 followed by son Joseph in 1998. When Victoria was still young, doctors discovered she had a benign brain tumor, and she went through two operations before she was given a clean bill of health.

Before appearing on The Real Housewives of New Jersey, Kathy and Rich frequently took part in events that raised cash for, and awareness, of brain cancer charities as a result of Victoria’s health scare and in 2010 Kathy became a recurring guest on the show as a result of cousin Teresa’s prominent role in it. The following year she was signed up as a main cast member.

Kathy Wakile on The Real Housewives of New Jersey

Teresa’s father and Kathy’s mother are siblings, and also the instigators of a long-standing family feud that has been passed down a generation, and Kathy Wakile’s entry into the show was guaranteed to increase the tension among the housewives. Fiery Teresa was often in confrontation with another cousin, Rosie Pierri, a long-standing guest on the show, and when Kathy got involved, she certainly did nothing to calm things down.

Teresa’s sister-in-law Melissa Gorga often got tangled up in the middle of things, as she was friendly with both Kathy and Rosie, and Kathy always knew how to press Teresa’s buttons, with often explosive results. The other housewives saw Kathy as an ally, in their attempts to convince Bravo that the loss of Teresa from the show would be no bad thing, but even a year-long jail sentence in 2015 wasn’t enough to stop Teresa from remaining at the core of the Real Housewives of New Jersey. Teresa and husband Joe were convicted of conspiracy and fraud charges, and Joe received a 41-month sentence. Teresa spent most of 2015 at a Federal Correctional facility in Danbury, Connecticut, but Bravo knew that Teresa was gold as far as drama and good viewing figures were concerned, and she remains the only original housewife still in the cast of the show.

Unfortunately, Kathy didn’t have the same appeal for viewers, and although she was popular with fans, Bravo eventually relegated her to an occasional appearance for seasons six and seven, and in mid-2017 they announced that she wouldn’t be returning for season eight. Since then Kathy has been involved in quite a few different projects, and she’s even launched a brand new business venture.

Kathy’s biggest priority in her life has always been her family, well her immediate family anyway. She and husband Rich remain extremely close to their now adult children, and they still live at home with their parents. As for her relationship with Teresa, Kathy revealed in an interview in late 2017 that she no longer sees her cousin on a regular basis. Although there have been no dramatic bust-ups between them, they merely remain in the same not-particularly-close relationship that they have always had.

Kathy has always had a keen interest in business. During her time on The Real Housewives of New Jersey she launched three product lines, ‘Dolci Della Dea’, a range of speciality cannoli and gluten-free desserts, a range of accessories, ‘Goddess Eye Jewelry’, which also donates profits to the National Brain Tumor Society, and a ready-to-pour cocktail called ‘Red Velvet Cosmo’, which won a national competition. Kathy based the drink on one of her favorite recipes, and she also wrote a well-received cookbook called ‘Delicious Little Desserts That Keep Life Sweet’ in 2014.

After her time on the Real Housewives was finally over, Kathy and Rich opened a pizza restaurant in Bergen County, New Jersey, called ‘Pizza Love’. The restaurant specializes in not only pizzas, but also Italian and Mediterranean food, and Kathy has also made sure that her personal specialty, desserts, feature prominently on the menu.

Kathy Wakile has revealed that she’s glad that her own life is not constantly under the microscope anymore, but she has remained close with many of her Real Housewives co-stars and continues to support other Real Housewives cast members, such as season eight inductee Margaret Josephs, who she welcomed to the show. But for Kathy Walkie now in 2018, it’s all about the pizza, and she has no lingering regrets about her often tempestuous flare-ups with Teresa during her time on the show.

Kathy keeps her 360,000 Instagram fans regularly up-to-date on her latest activities, and she posts almost every day on Twitter to another 550,000 followers. She’s also followed on Facebook by 500,000 fans, but be warned, there’s a lot of Pizza love in Kathy’s life now in 2018, and it’s likely to make your mouth water.