What Happened to Peggy Sulahian – 2018 Update 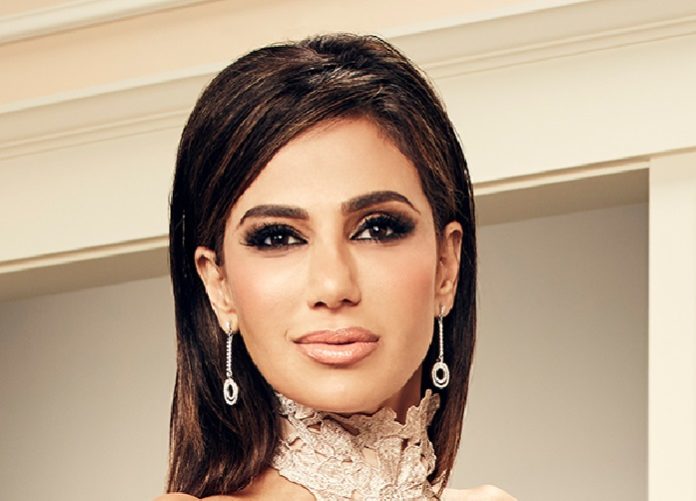 The Real Housewives franchise has been on our screens since 2006, and Peggy Sulahian became the milestone 100th housewife on the hit Bravo reality show when she joined the cast of The Real Housewives of Orange County for Season 12 in 2017. Peggy has only been a cast member for one year, but her fun-loving, and occasionally extravagant, personality made her a firm favorite with fans of the show in no time.

Peggy was born in Kuwait to Armenian parents on July 30th, 1973, but her family moved to America when she was only one year old. She met Diko Sulahian in 1993 and the couple married in Beverly Hills in 1995. Diko had already built up a thriving high-end custom wheels business, WTW Corp, which these days are worth in excess of $6 million, and the newly-weds moved to a luxurious mansion in Crystal Cove where they still live today.

Peggy and Diko’s marriage is stronger than that of some of her fellow real housewives, and the couple has three children, daughters Giovanna and Gianelle, and a son Koko. Diko and Peggy share a passion for sports cars and he has even produced custom wheels merchandise featuring the names of his wife and children. They have been married for over twenty years and Diko, who considers spending time with his family to be his number one priority, is totally committed to keeping his relationship with Peggy on a strong footing. He also ensures that he keeps a strong and close relationship with his parents and siblings.

Peggy Sulahian on The Real Housewives of Orange County

Peggy Sulahian joined the Real Housewives of Orange County in 2017, for Season 12, and she entered perhaps one of the most confrontational line-ups ever. Meghan once warned her to stay out of things that didn’t concern her, and she later clashed with Tamra Judge who she labeled ‘Rude’ after Tamra advised her to ‘Watch Yourself’ during a heated exchange. However, Peggy wasn’t without friends on the show, and she bonded particularly well with Vicki Gunvalson. But her fiery Armenian temperament was occasionally on display, as Peggy proved that she wasn’t someone who couldn’t easily be pushed around.

Peggy made sure that her time on the show was used to good effect, she made the most of her fleeting fame to promote cancer charities, which is a cause very close to her heart. She lost her mom to Breast cancer at the age of just 51, and when she made the shocking discovery that she too had a lump in her breast, she took the decision to undergo a preventative double mastectomy herself. Peggy’s difficult decision was later proved to be the correct one, as doctors discovered that the lump had been cancerous. Peggy has always been open and honest about the details of her surgery to fans, and fellow housemates, in order to help increase awareness of the disease amongst women, and she has used her time on the show to promote Breast cancer charities at every opportunity.

Peggy also celebrated her Armenian heritage on the Real Housewives of Orange County and praised that other famous Armenian-American, Kim Kardashian, for baptizing her daughter North West in Jerusalem, and increasing awareness of the genocide that took place in Armenia a century ago.

Peggy also has that great love of cars that she shares with husband Diko, particularly flashy, expensive, and above all fast cars. Her opening tagline on the show was that she was living the American dream ‘One sports car at a time’, and fans of Real Housewives got the chance to share her passion for new cars when she threw an extravagant party just to unveil her brand new pride and joy, a customized yellow Lamborghini. Peggy often highlights other high-end vehicles on her Instagram page, including a Ferrari 388 Spider, that she recently boasted she could drive – with or without heels.

Peggy announced that she would be leaving the cast and crew of Real Housewives of Orange County in February 2018, and although she appeared on the show for only one season, her impact has been memorable. Apart from promoting good causes, her vivacious personality and occasionally quirky behavior quickly made her a firm favorite with fans, but it seems that Peggy has a few other projects lined up for the future.

Peggy made the announcement on Instagram and spoke about her pride at being not only the milestone 100th housewife in the Bravo franchise but also the first Armenian-American housewife. She was grateful that she was given a platform to promote awareness of breast cancer, but the strain of dealing with the disease herself, combined with the loss of her father has caused her to look back in reflection and decide that it was time for something new.

Peggy also revealed that she was involved in a ‘Few new ventures’, but as for the details of what those ventures might be, she isn’t revealing any more information at the moment. Peggy’s departure from the show wasn’t the only one either, as Lydia McLaughlin and Meghan King Edmonds also revealed that they wouldn’t be returning for season thirteen of the Real Housewives of Orange County.

Peggy Sulahian regularly keeps her followers informed of what she’s doing on her Instagram account where she is followed by over 100,000 fans, and she also promotes husband Diko’s business, her family, and her latest ventures regularly on Facebook.