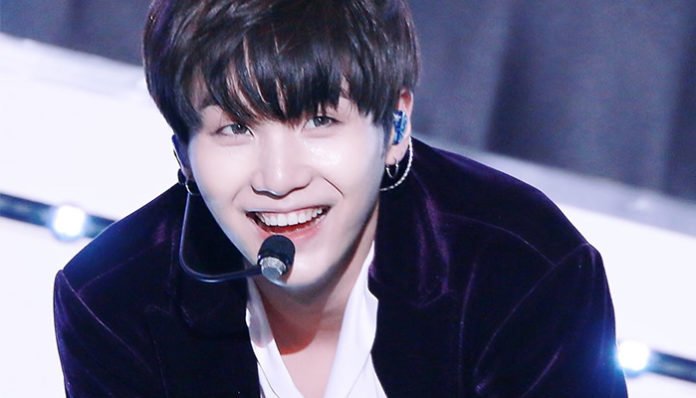 A South Korean rapper, Yoongi Min rose to fame as a member of the popular boy band, BTS in 2013. Together, they have released a number of hit songs over the years such as Just One Day, I Need U, and Fire. Since then, the group has also dropped the albums Wings, Wake Up, and Youth.

A few years after joining BTS, he launched a solo music career with the release of his debut mixtape, Agust D. Met with positive reviews, it ended up charting in both the US and Japan. Today, it remains to be his only solo project to date.

How wealthy is the 25-year-old now? How rewarding has his music endeavors been? How much has the South Korean artist banked over the years? From our research, Yoogin Min’s current net worth is around the $9 million mark. What are his greatest projects to date? Let’s take a closer look at his music career below.

How did Yoongi Min Make His Money & Wealth?

Born on March 9, 1993, in Daegu, South Korean, Yoongi Min has been fond of music ever since he was young. By the time he was thirteen, he had started to write his own lyrics and songs. Wanting to further his musical knowledge, he eventually began working at a recording studio at the age of seventeen. Ultimately, it was during that time that he began to rap and arrange his own music.

In 2013, it was announced that he had joined the Korean boy band, BTS. Shortly afterward, he made his debut in No More Dream, a single taken from their debut album, 2 Cool 4 Skool.

Since then, he has contributed to a number of the band’s projects including the albums Dark & Wild, Wings, and Wake Up, all of which enjoyed success in Asia. Today, some of BTS’ most popular hits include I Need U, Run, Fire, Dope, DNA, and Spring Day.

Considering the group’s popularity in South Korea, it only makes sense that their work has earned him a considerable amount over the years. In fact, on top of what he earns from their record sales, it’s likely that he also makes a significant amount from participating in events such as public appearances and concert tours.

Aside from his career with BTS, the rapper has also made himself known as a solo artist. In the summer of 2016, he released his debut mixtape titled, Agust D through Big Hit Entertainment. Made available as a digital download, it peaked at number 77 in Japan, and at number 5 on the US Top Heatseekers chart. A 10-track project, some highlights from the playlist include Give it to Me, The Last, So Far Away, and Tony Montana, most of which are collaborations with other artists.

On television, he has also appeared in a number of shows such as American Hustle Life, After School Club, Running Man, and Weekly Idol.

No, he isn’t married. In fact, as far as we can tell, the South Korean rapper is currently single.

Does Yoongi Min Have Any Children?

As far as we know, Yoongi Min does not have any children.

Did Yoongi Min Go to College?

Yes, he did. After completing high school, he went to Global Cyber University where he majored in broadcasting.

What is Yoongi Min Famous For?

Yoongi Min is best known as a member of the South Korean boy band, BTS. Since he joined the group in 2013, he has produced and written lyrics for a number of their tracks.

In 2016, he also launched a solo music career with the release of his debut mixtape, Agust D.

Yoongi Min currently lives in South Korea. Photos of his house are not available at this time.

What Kind of Vehicle Does Yoongi Min Drive?

Information on Yoongi Min’s vehicle is unavailable at this time.

How Much Money Did Yoongi Min Make Last Year?

Information on Yoongi Min’s annual earnings for 2017 is not available.

With BTS, he is currently working on an upcoming album titled, Face Yourself, which is scheduled to be released on April 4, 2018. Prior to that, they had dropped the EP, Love Yourself: Her last fall.

Want to support the South Korean rapper online? How about following him on social media? You can find Yoongi Min on Twitter at @BTS)two or on Instagram at @BTS_Yoongi. On Facebook, you can visit his official fan page by clicking here.