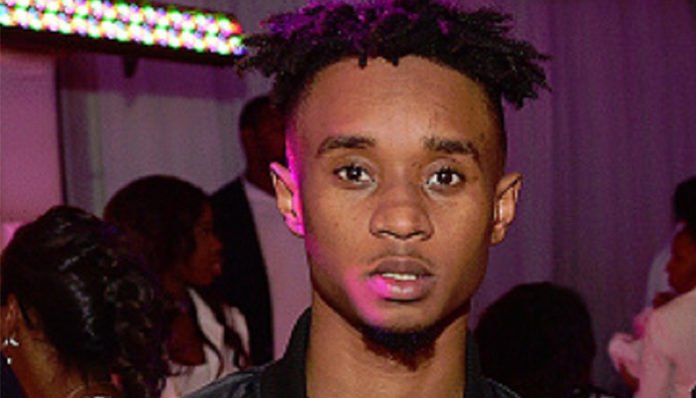 A hip-hop artist, Slim Jimmy is best known as one half of the music duo, Rae Sremmurd. Formed in 2009, the pair made themselves known with the release of their debut album, SremmLife in 2015. Since then, they’ve churned out a number of hits including Black Beatles, which topped the Billboard Hot 100.

Incredibly popular, Slim Jimmy and his brother Swae Lee has won numerous awards over the years including a Billboard Music Award, and a BET Award, among many other nominations. Currently, they are working on an upcoming album titled SR3M, which is slated for a 2018 release.

Considering the pair’s popularity in the music scene, is it fair to assume that they’re doing fairly well for themselves? How rich is the twenty-something rapper? How much has he made from their records over the years? From our research, Slim Jimmy’s current net worth is around the $3 million mark. Wondering where this money came from? Hopefully, we’ll be able to find the answer to that below.

How did Slim Jimmy Make His Money & Wealth?

Born on December 29, 1991, in California, he grew up in Tupelo, Mississippi, with his brother, Swae Lee. During their early teens, he and his brother formed a band called Dem Outta St8Boyz with a close friend. Together, the trio often recorded their own songs in the basement of their home. After performing together for a few years, they decided to form a hip-hop duo, after their friend left the band.

In 2014, the brothers released their debut single, No Flex Zone. More successful than they had imagined, it went on to peak at number 36 on the Billboard Hot 100. Riding on the momentum, they later dropped their first studio album, SremmLife in January 2015. Supported by a handful of singles, it featured guest appearances from Young Thug and Nicki Minaj. An overall success, more than one million copies have since been sold in the US.

A year after the release of their first album, they followed up with SremmLife 2 in 2016. Featuring guest appearances from Kodak Black, Juicy J, and Gucci Mane, it boasted eleven tracks including their most popular single to date Black Beatles– which has since gone platinum four times in the US.

In addition to what he’s earned from the two albums, he and his brother has also collaborated with other artists on a number of occasions. For instance, they have worked with Ty Dolla Sign, Jhene Aiko, Baauer, ILoveMakonnen, and Mike Will Made It, to name a few. Speaking of other sources of income, it’s highly likely that they’ve also banked a significant amount from putting on shows throughout the year.

On YouTube, it’s likely that their monetized videos also yield them a decent amount of income. Since the launch of their channel in 2013, they have gained over 335,000 subscribers with more than 14 million video views. Assuming that they receive $5 for every 1,000 ad views, they would have easily already earned tens of thousands of dollars from the site.

No, he isn’t married. At this time, it’s unclear what his relationship status is.

Does Slim Jimmy Have Any Children?

According to a tweet that he made last fall, he has a child on the way. With that said, no details were revealed about the baby’s mother.

Did Slim Jimmy Go to College?

From what we know, Slim Jimmy did not attend college.

What is Slim Jimmy Famous For?

Slim Jimmy is best known as a member of the hip-hop duo, Rae Sremmurd, which he formed with his brother Swae Lee in 2009.

Slim Jimmy currently lives in Tupelo, Mississippi. Photos of his house are not available.

What Kind of Vehicle Does Slim Jimmy Drive?

Information on Slim Jimmy’s vehicle is unavailable at this time.

How Much Money Did Slim Jimmy Make Last Year?

Information on Slim Jimmy’s annual earnings for 2017 is not available.

Later this year, Rae Sremmurd will be releasing their third album, SR3MM.

As far as recent projects go, the pair had dropped a handful of hits last year including the songs Young Dumb & Broke, Love, Perl, and Sativa.

If you’re a fan of the pair, how about supporting them online? You can find Slim Jimmy on a few social media platforms such as Twitter (@Jxmmi) and Instagram (@Raesremmurd). On Facebook, you can also drop by his official fan page here.