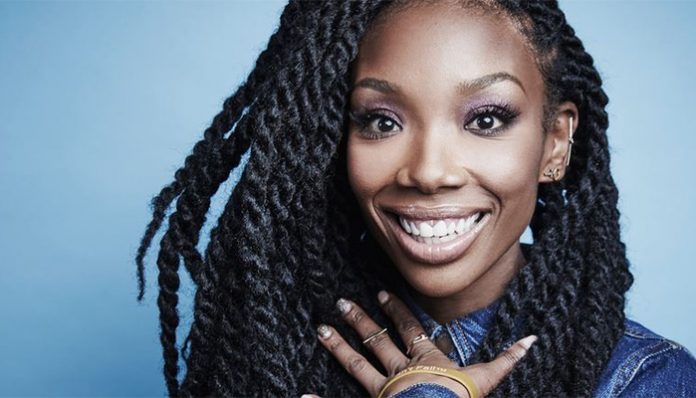 A critically acclaimed singer-songwriter, Brandy has released numerous hits including The Boy is Mine, Another Day in Paradise, and Sittin’ Up in My Room, among many others. As of 2018, she has come out with six studio albums, a handful of which have earned certification from the RIAA.

Not only is she a talented singer, but she’s also an accomplished actress. On television, she has appeared in several series such as One on One, 90210, The Game, and Zoe Ever After. On the big screen, she is perhaps best known for playing Karla Wilson in the film, I Still Know What You Did Last Summer.

With more than 60 million records sold worldwide, she is one of the best-selling female artists of all time. Considering that, is it accurate to assume that she’s extremely well off? As of 2018, it’s said that her net worth stands at around $14 million.

How did Brandy Make Her Money & Wealth?

Born on February 11, 1979, in McComb, Mississippi, Brandy Norwood started singing at a young age as a member of the local church choir. Inspired by her favorite artist Whitney Houston, her interest in music only increased over time. By the time she was eleven, she had started to participate in various talent competitions. A few years later, she signed to Atlantic Records in 1993. In order to manage her daughter, her mother soon resigned from her job.

In 1994, she released her self-titled debut album, Brandy. A collection of R&B and hip-hop songs, it produced three top ten singles- Brokenhearted, Baby, and I Wanna Be Down, two of which received RIAA accreditation. Critically acclaimed, more than six million copies of the album have since been sold worldwide.

Four years later, she dropped her second project titled, Never Say Never. An even greater success, it peaked at number two on the Billboard 200 with 160,000 units sold in the first week. Her most successful album to date, it has won numerous industry awards including a Grammy Award for the single, The Boy Is Mine. To promote the album, she also headlined the Never Say Never World Tour in 1999.

Since then, a handful of albums have been added to her catalog including Full Moon, Afrodisiac, Two Eleven, and Human. While they all proved to be commercial successes, none of them managed to rival that of her previous efforts.

Considering the fact that she’s sold over 60 million records worldwide, it goes without saying that she’s earned a considerable sum from her musical releases over the years. On top of that, she’s also embarked on a number of concert tours, all of which would have yielded her additional income.

As if all of that wasn’t impressive enough, Brandy also has an extensive list of credits as an actress. For instance, she starred in the films I Still Know What You Did Last Summer and Cinderella. On television, she also played the titular role in the sitcom, Moesha from 1996 to 2001. Speaking of which, she is currently playing the part of Cassie Brown in the musical drama, Star.

As far as we know, she is currently single. In the past, she was engaged to Ryan Press, a music executive.

Does Brandy Have Any Children?

She has a daughter named Sy’rai Iman Smith.

Did Brandy Go to College?

No, she chose to pursue a music career instead of attending college.

What is Brandy Famous For?

Brandy burst into the music scene with the release of her self-titled debut album, Brandy in 1994. Since then, she has released numerous hit songs including Baby, The boy is Mine, Sittin’ Up in My Room, and Have You Ever? among others.

Where Does Brandy Live now? Pictures of Brandy’s House

Unfortunately, we do not have any information on her location at this time.

What Kind of Car Does Brandy Drive?

Details on Brandy’s vehicle are not available.

How Much Money Did Brandy Make Last Year?

Unfortunately, we do not have any information regarding Brandy’s annual salary.

Last year, the singer competed with her brother on the reality game show, My Kitchen Rules which aired in early January. Since then, she has been reprising her role as Roxie in the Broadway production, Chicago.

Want to know what’s new? You can find her on platforms such as Instagram and Twitter at @4everBrandy. On Facebook, you can also visit her official fan page for the latest news and announcements.