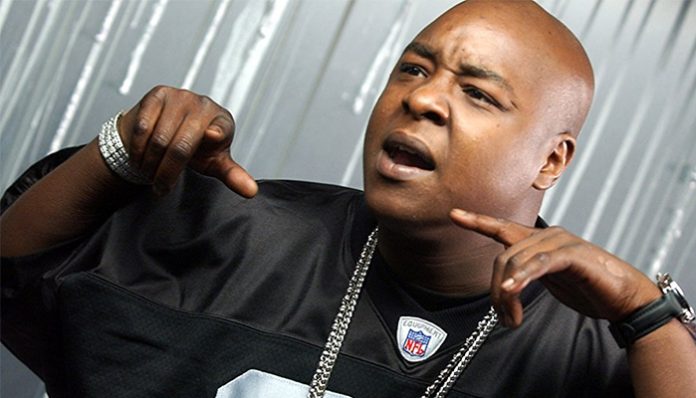 A well-known rapper from New York, Jadakiss has been churning out hits since the early 90’s. After signing to Ruff Ryders, he released his debut album, Kiss the Game Goodbye in 2001. Since then, he has followed up with a few titles such as The Last Kiss, Top 5 Dead or Alive and Kiss of Death.

Aside from his solo releases, the rap artist has also collaborated with others on numerous occasions. For instance, he was featured in Jennifer Lopez’s hit song, Jenny from the Block in 2002. Some of the other singers that he’s worked with include Mariah Carey, Mya, and Swizz Beats, to name a few.

How wealthy is the rapper? Throughout his career so far, how much has he managed to pull in? As far as we know, Jadakiss’ current net worth stands at around $6 million. How many streams of revenue does he have? Below, we’ll be taking a look at some of his greatest accomplishments (i.e. where his money came from).

How did Jadakiss Make His Money & Wealth?

Born on May 27, 1975, in Yonkers, New York, Jadakiss has been fond of hip-hop music from a young age. At the age of twelve, he picked up freestyle rapping after watching others earn money from it on the streets. As one thing led to another, he eventually formed a music group with a few longtime friends called The Warlocks. Signing to Puff Daddy’s Bad Boy Entertainment label, they released several songs during the early 90’s including We’ll Always Love Big Poppa, which was a tribute to The Notorious B.I.G.

After leaving the group, he released his debut solo album, Kiss Tha Game Goodbye in 2001. His first record with Ruff Riders, it contained 21 tracks including On My Way (Feat. Swiss Beats), Kiss is Splittin (Feat. Mashonda and Nate Dogg), and Feel Me, among others. A commercial success, the album went on to peak at number five on the Billboard 200.

From there, he released Kiss of Death in 2004. A chart topper, more than 246,000 copies were sold in the U.S. within the first week. More successful than his debut effort, it eventually spawned three hit singles, U Make Me Wanna, Time’s Up, and Why?. As with his previous album, it also featured guest vocals from several artists including Nate Dogg, Mariah Carey, and Pharrell, among others.

Considering the success of the two albums, both of which have since received gold certification, it’s likely that the rapper has earned a decent amount of royalties form the two titles. In the years since he’s also released a few other projects such as The Last Kiss and Top 5 Dead or Alive.

As far as collaborations go, he’s worked with numerous artists over the past two decades including Mariah Carey, Mya, Jennifer Lopez and Bilal, to name a few. In fact, he’d recently worked with Fabolous on the collaborative album, Friday on Elm Street which came out on November 24, 2017.

Interested in seeing him perform on the stage live? If so, you’ll be happy to know that Jadakiss has a few shows planned for later this year. For more information, please visit his official Facebook page.

Jadakiss is currently single, as far as we can tell.

Does Jadakiss Have Any Children?

He has a college-aged son named Jaewon Philips from a previous relationship.

Did Jadakiss Go to College?

Jadakiss has not attended college.

What is Jadakiss Famous For?

After gaining attention as a member of The Lox in the early 90’s, he found success as a solo artist with the release of his debut album, Kiss Tha Game Goodbye in 2001.

Where Does Jadakiss Live now? Pictures of Jadakiss’s House

Unfortunately, we do not have any information on Jadakiss’ location at this time.

What Kind of Car Does Jadakiss Drive?

Details on Jadakiss’ vehicle are not available.

How Much Money Did Jadakiss Make Last Year?

Unfortunately, we do not have any information regarding Jadakiss’ annual salary.

Though he hasn’t released any new solo albums in a while, he did come out with Friday on Elm Street, a collaboration that he did with Fabulous last November. A decent hit, it peaked at number 10 on the Billboard 200 music chart.

If you haven’t already done so, why not follow Jadakiss on social media? The rapper can be found on a few online platforms such as Instagram and Twitter at @TheRealKiss. For his music videos, you can visit his official YouTube channel here.