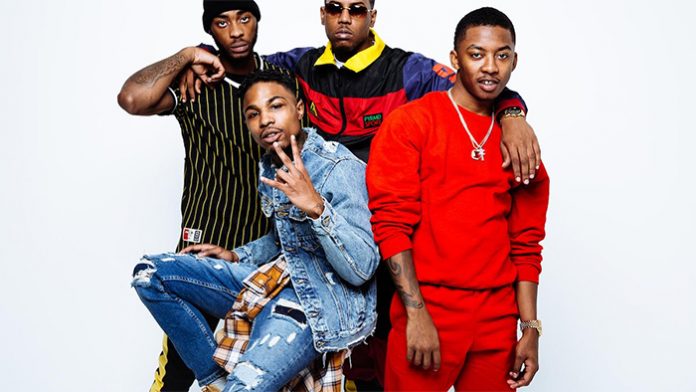 Made up of four rappers, the Creek Boyz has been making waves in the rap scene over the past year. Based in Baltimore, the group recently received a break with the release of their single, With My Team in 2017. A smash hit, the title has already has been streamed millions of times online.

With the success of the single, they’ve also only managed to secure a deal with 300 Entertainment. In fact, the group is currently working on their debut mixtape, 1:11, which will presumably come out later this year.

Though it’s still early in their music career, how successful are they? How much has the group managed to rake in from their singles so far? Unfortunately, information on the Creek Boyz’s net worth is currently unavailable. In the meantime, however, let us take a closer look at what they’ve done so far.

How did Creek Boyz Make Their Money & Wealth?

Based in Baltimore, Maryland, the Creek Boyz consists of four rappers- Turk P Diddy, J Reezy, Young Fedi Mula, and ETS Breeze. Brought together by music, a couple of them have known each other since middle school. In fact, they had initially performed as two different groups- it wasn’t until later on that they decided to bring it together under the name Creek Boyz. Still relatively new as a group, they’ve only been performing together for around two years.

As it had happened, the quartet has built a huge buzz with the release of their single, With My Team last year. Produced by A2RBeatz, the uptempo melody enters around the group’s connection as a family. Made available on March 26, 2017, it has already racked up over 3 million plays on YouTube. On Soundcloud, the single has performed equally well, with 2.6 million streams.

Following their breakthrough, the group secured a deal with 300 Entertainment. Since then, they’ve released two additional singles, Loco and Trap Digis. Both dropped on January 12, 2018, they’ve already proved to be solid hits with tens of thousands of streams each on Soundcloud.

Earlier this year, the group had also announced that they were working on a debut mixtape titled, 1:11. Though they initially said that it would be released in March, there has been no word on the project so far- for now, we can only assume that it’s still a work in progress.

In terms of earnings, it’s likely that the Creek Boyz had banked a decent amount from their breakthrough hit, With My Team, as it has collected millions of views since its release.

Aside from that, they’ve also put on a few shows over the past two years; public events such as these would also serve as a means of income for the group. For now, however, it doesn’t look like they have any concerts planned for 2018. If you want to stay on top of their news and announcements, it might be a good idea to follow their official Facebook page.

Are the Members of the Creek Boyz Married?

No, as far as we know, none of the Creek Boyz are married.

Do Any of the Members Have Children?

From what we know, none of them have children.

Did the Creek Boyz Go to College?

Unfortunately, not much is known about the group’s education history.

What are the Creek Boyz Famous For?

A relatively new rap collective, the Creek Boyz recently rose to fame with the release of the single, With The Team, which has since drawn in millions of streams online.

Where Do the Creek Boyz Live? Photos of their House

The Creek Boyz is based in Baltimore, Maryland. Unfortunately, that’s about all the information that we have at this time.

What Kind of Car Do They Drive?

Information on the Creek Boyz’s vehicle is not available.

How Much Money Did the Creek Boyz Make Last Year?

Details on the Creek Boyz’s earnings for 2017 are unavailable at this time.

As mentioned earlier, the rap collective had recently dropped two new singles in January- Loco and Trap Digits, both of which are available for streaming online. According to reports, they are currently working on their debut mixtape, 1:11.

Want to stay up to date with the group? If so, why not follow them on social media? You can find the Creek Boyz on Instagram and Twitter at @CreekBoyz111. Alternatively, you can check out their Facebook fan page here.