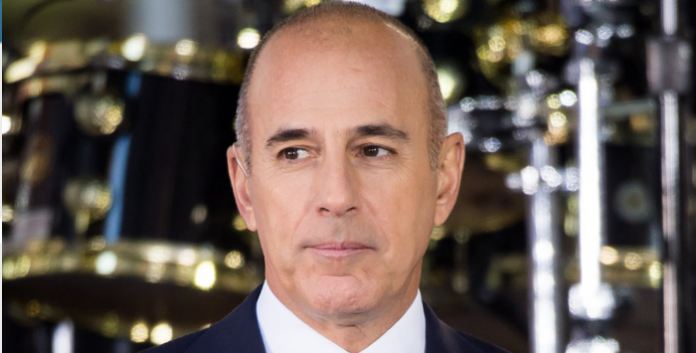 Matt Lauer was one of the best-known TV hosts and news anchors, working for NBC. However, he has recently completely disappeared and is nowhere to be seen. So, let’s take a look at what happened to Matt Lauer!

Lauer was born in New York City in 1957. His parents divorced when he was young. Matt got his degree in 1997 (his second attempt) and shortly after started pursuing his TV career. A year after, he became a reporter for WOWK-TV’s evening news. Afterward, he started to host info and talk programmes all over the country, mainly in Philadelphia, Providence, Boston, and Richmond. By 1986, he became a co-host of Made In New York, working with Jill Rappaport. This was also the year in which he hosted Fame, Fortune, and Romance. 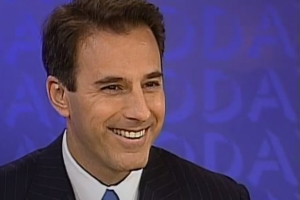 He kept developing his career, and the path led him towards NBC, where he would become an established TV person. In the 90s, he was the host of Weekend Today, NBC News at Sunrise, NBC Nightly News, and Today Show. In 1998, Today Show started creating a segment called Where in the World is Matt Lauer?. During the segment, Lauer would travel around the world, broadcasting from each location he visited, talking about it and its importance. During the segment’s run, he visited lots of locations, including Iran, Croatia, Hong Kong, the Easter Island and the Panama Canal. The segment went on for more than a decade before finally being canceled in 2009.

Some of his notable interviews were those with Charlie Sheen (in which he talked about being HIV positive) and both Princes William and Harry.

During the latest presidential election, he interviewed both Clinton and Trump in 30 minutes interviews. As one can imagine, these were considered very controversial, and he was accused of being subjective and supportive towards Donald Trump.

In late 2016, he once again announced that his contract was extended, this time at $20 mil a year. In early 2017, he celebrated his 20th anniversary working on The Today Show. And then, Matt Lauer disappeared.

Late last year, precisely in November, his employer announced that Lauer has been terminated. The reason was that a female NBC employee reported being sexually harassed by him in 2014. While this was the first complaint Lauer ever received, an investigation found out that his behavior may not have been a single-time thing. Up to ten of his colleagues have stepped up and reported their own stories, according to sources. Lauer was fired and will not receive any settlement, according to NBC. One of the earliest cases of his misconducts was all the way back in 2000, according to Addie Zinone, who recently made an accusation against him too.

Lauer late made a statement saying that some stories that came up are lies or misunderstandings, but that there is enough truth in them to make him feel ashamed of himself. 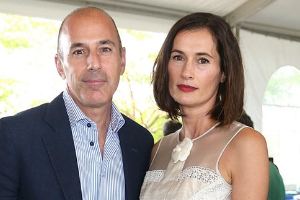 According to People, Lauer has been spending most of his time at his Long Island properties, ‘focusing on his family’. However, shortly after the story broke out, both he and his wife were seen without their wedding rings. The couple has been married for 19 years and has three children together. According to People‘s source, Matt is trying to save his marriage, but according to Page Six, his wife made him move out of their home.

He has recently also recently put up one of his properties, an apartment in Manhattan, up for sale. The asking price is $7.35 million for the  4-bedroom, 4-bathroom apartment spreading over 3500 square feet.

Whatever happens, he likely won’t have any financial troubles, as his estimated net worth is up to $200 million.

The story of Matt Lauer is still developing, and we’ll be sure to let you know if anything newsworthy (heh) happens. Until then, feel free to share your thoughts regarding this case in the comment section below.