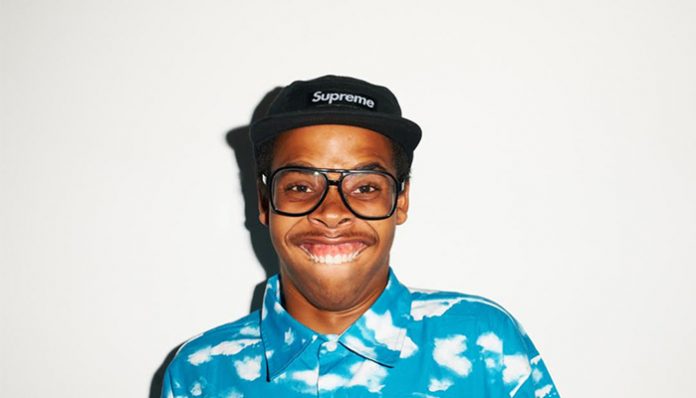 A Los Angeles rapper, Earl Sweatshirt initially gained recognition for his 2010 mixtape, Earl. Currently signed to Columbia Records, he has put out several records over the past years including Doris, Radical, and I Don’t Like Shit, I Don’t Go Outside, a couple of which has made its way onto the music charts.

In addition to being a rapper, the twenty-something is also somewhat of a TV personality. For instance, he had starred in the sketch comedy series, Loiter Squad from 2013 to 2014. Some of the other shows that he’s appeared in include 106 & Park, Crash Test, ad Travelling the Stars.

Is the rapper fairly well off? How much has he pulled in from his albums and singles so far? According to various sources, Earl Sweatshirt’s 2018 net worth is an estimated $4 million. Where did he earn this money from? Let’s take a look at some of his accomplishments below.

How did Earl Sweatshirt Make His Money & Wealth?

Born on February 24, 1994, in Chicago, Illinois, Earl Sweatshirt is the son of a law professor and a political activist. Growing up, he has always been fond of music; by the time he was in the eighth grade, he had taken up rapping. Later in his teens, he and a couple of school friends formed a music group called The Backpackerz. Following their disbandment in 2009, he joined Tyler, the Creator’s rap group, Odd Future.

A year later, he dropped his debut mixtape, Earl as a free digital download. Produced by fellow Odd Future members, as well as BrandenBeatBoy, it was met with critical acclaim upon its release despite its violent content. A ten-track project, the tape was later recognized by Pitchfork Media as “One of the Top 10 Albums of the Decade So Far.”

From there, he put together his first studio album, Doris in 2013. A follow up to his first mixtape, it featured guest appearances from Frank Ocean, Domo Genesis, Tyler, and Vince Staples, among others. Well received, it garnered much praise for its rhyme schemes and lyricism by critics. A commercial success, the album later peaked at number five on the Billboard Top 200, with close to 50,000 sales in the US.

His second album titled, I Don’t Like Shit, I Don’t Go Outside was released in 2015. Another big hit, it entered the Billboard 200 at number 12, with 30,000 units sold in the first week. Praised by publications such as the Los Angeles Times and The Guardian, eventually also charted in Australia, New Zealand, and Belgium. To date, over 51,000 copies have been sold domestically.

In addition to his music career- which has earned him a Grammy and a BET Hip Hop Award nomination, Sweatshirt is also somewhat of a television personality. From 2013 to 2014, he appeared as a series regular on the sketch comedy series, Loiter Squad. From there, he also made appearances on 106 & Park, Crash Test, and Park Legend.

As a musical guest, he has also been invited onto talk shows such as Late with Jimmy Fallon, and Jimmy Kimmel Live!.

No, Earl Sweatshirt is currently single as far as we know.

Does Earl Sweatshirt Have Any Children?

No, Earl Sweatshirt does not have any children.

Did Earl Sweatshirt Go to College?

No, he pursued a music career out of high school.

What is Earl Sweatshirt Famous For?

Earl Sweatshirt gained a significant amount of attention with the release of his debut album, Doris in 2013. A commercial success, it had entered the US Billboard Top 200 at number five.

What Kind of Car Does Earl Sweatshirt Drive?

Details on Earl Sweatshirt’s vehicle is not available at this time.

How much did Earl Sweatshirt Make Last Year?

Unfortunately, information on Earl Sweatshirt’s 2017 salary is not available.

From the looks of it, the rapper hasn’t come out with any new songs since 2015- the last single that had released was Grief back in 2015. For now, it’s unclear what he has planned for the next year.

If you’re a fan, how about giving him a follow on social media? As you can probably expect, Earl sweatshirt is active on a few online platforms such as Twitter (@EarlLips) and Instagram (@earlxsweaat). Of course, you can also give him a like on his official Facebook fan page here.