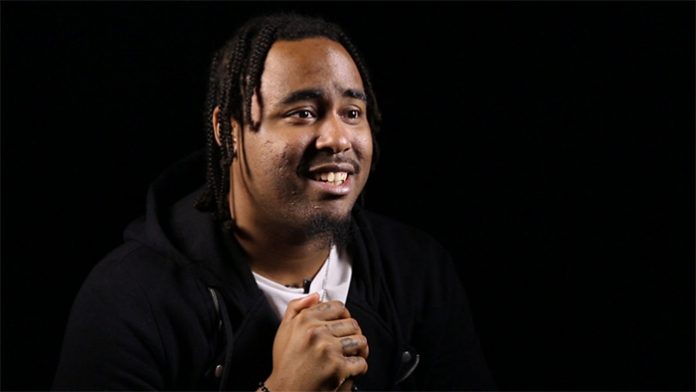 A Florida rapper, Kent Jones rose to fame for his debut single, Don’t Mind, which had charted among the Top 10 on the Billboard Hot 100. Since then, he has come out with a few other tracks such as Sit Down, Merengue, and Alright. His most recent mixtape, The LUH Tape came out in February 2017.

Like most rappers, he’s also done a number of collaborations throughout his career. For instance, he has worked with acts such as M.O., Mia Martina and ThatBoyEric in the past. Not only that, but he’s also produced several songs for The Game such as Do It to You and Dollar and a Dream.

How wealthy is the 24-year-old? How much has the rapper made from his music career so far? Going by a few online sources, it would appear that Kent Jones’ 2018 net worth is approximately $2 million. Below, we’ll be taking a look at some of his achievements.

How did Kent Jones Make His Money & Wealth?

Born on April 14, 1993, in Tallahassee, Florida, Kent Jones initially got involved with music through the local church. As a young boy, he was eventually taught how to play the drums by one of his aunts; from there he began taking formal lessons on music theory. Inspired by the work of Quincy Jones, he later also developed an interest in jazz. After completing high school, he moved to Miami, to work with Cool & Dre.

Eventually signing a joint deal with Epic Records and his own label, We the Best Music Group, he put together his first mixtape, Tours in 2015. A decent success, it gave rise to the song, Don’t Mind, which later entered the Billboard Hot 100 at number 63. To this day, it remains to be his most successful single.

A year later, he dropped his second mixtape, Too Much Too Soon. Premiered on DJ Khaled’s Beats 1 Radio Show, it contained a total of 20 tracks, some of which featured guest appearances from Ty Dolla $ign, E-40, K Camp, and Lil Dicky. Well received, the playlist has since been played tens of thousands of times on sites such as Soundcloud and Hot New Hip Hop.

His third project, The LUH Tape came out in February 2017. A 14-track mixtape, its production was handled almost entirely by IllaDaProducer and the rapper himself. Some highlights from the track listing include Avalanche, Body Language, You Just Don’t Get It, Fall Back Game, and Came Thru.

On top of his solo releases, the rapper has also worked with M.O. on the song, Not in Love and with Mia Martina on the track, Sooner Or Later. Some of the other artists that he’s worked with over the past few years include DJ Khaled, Chocolate Droppa, DNCE, and Jadakiss.

Aside from record sales, Jones likely also pulls in a decent amount from working as a music producer. For instance, he has contributed to The Game’s hit songs, Dollar and a Dream, Do It to You, and Ride Solo.

No, Kent Jones is not married. From what we know, the rapper is currently single.

Did Kent Jones Have Any Children?

No, Kent Jones did not have any children.

Did Kent Jones Go to College?

He has not attended college; instead, Kent Jones pursued a music career.

What was Kent Jones Famous For?

Kent Jones won critical acclaim for his debut single, Don’t Mind. His most successful song to date, it not only peaked at number eight on the Billboard Hot 100, but it has also received platinum accreditation from the RIAA.

Kent Jones currently lives in Miami, Florida, Unfortunately, we do not have any photos of his abode at this time.

What Kind of Car Did Kent Jones Drive?

Details on Kent Jones’ vehicle is not available at this time.

How much did Kent Jones Make Last Year?

We do not have any information on Kent Jones’ 2017 salary.

Earlier this year, he dropped his latest single, Merengue. Aside from that, he has also landed a couple of features in UFO Fev’s Wraith and in Poo Bear’s Just getting’ Started.

As far as multi-track projects go, his most recent mixtape, The LUH Tape was released last winter.

Perhaps you’d like to stay connected to the rapper online? If so, how about checking out his social media accounts? You can find him on Instagram (@Kentjonesofficial) or on Twitter (@KentJonesWTB). On YouTube, you can also view his MVs on his official channel here.