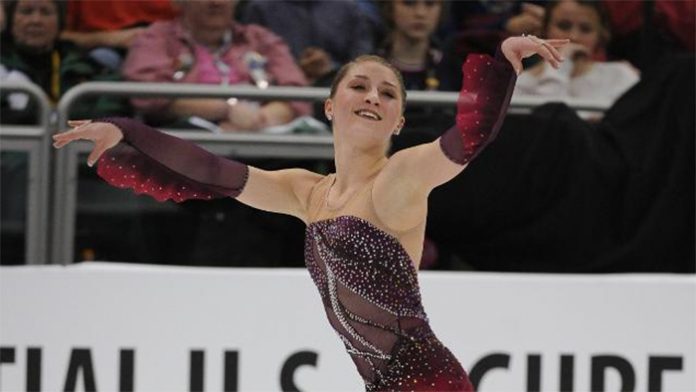 An American figure skater, Hannah Miller has medalled at several competitive events throughout her career. Not only did she win the Ice Challenge in 2014, but she has also medalled at the JGP Final and Lombardia Trophy. Most recently, she competed in the CS Golden Spin of Zagreb in 2017, where she finished in eighth place.

Previously coached by Rafael Arutyunyan, she has been training with Tammy Gambill since August 2016. A mesmerizing performer, it goes without saying that she has earned herself a decent amount of fans throughout the years.

How rewarding is the sport? How much has she managed to pull in as a figure skater? Has she received any prize money? How lucrative is figure skating? Unfortunately, Hannah Miller’s 2018 net worth is unavailable at this time. Since we’re here, however, let’s take the opportunity to learn more about the 21-year-old athlete.

How did Hannah Miller Make Her Money & Wealth?

Born on October 29, 1996, in Chicago, Illinois, Hannah Miller is the daughter of Kevin Miller, a former hockey player who was a member of the US Olympic Team for the 1988 Winter Games. As a young girl, she trained in both gymnastics and skating; it wasn’t until later on that she decided to focus on the former. For many years, she was coached by her aunt, Kirsten Miller-Zisholz in Michigan.

Several years after mastering the basic skills on the ice, she competed as a novice at the 2011 US National Championships, where she won the gold medal. From there, she made her Junior Grand Prix debut the following season. After an impressive skate, she finished third on the podium for a bronze medal. That same year, she had won her first bronze medal as a junior at the US National Championships.

Nog long afterward, she was assigned to a few JGP events for the 2012-13 season. After winning two silver medals in Croatia and Austria, she qualified for the Junior Grand Prix Final, which took place in Sochi. Following a second-place finish in the SP and a fourth-place finish in the long, she finished second overall for a silver medal.

Competing as a senior for the first time, she made her senior national label at the subsequent 2013 US Championships, though she ultimately did not finish on the podium. The next year, she made herself known on the international stage, with a silver medal win at the Lombardia Trophy in Sesto San Giovanni. That fall, she also successfully won a gold medal at the CS Ice Challenge in Austria.

In order to facilitate her training, she moved to Artesia, California, to be coached by Rafael Arutyunyan. A year later, she announced that she was training under Tammy Gambill.

Unfortunately, the way the sport works, most skaters end up spending more money on training; any prize money won would directly go back to their coaching. Unlike top-tier skaters who are able to receive endorsements, it’s unlikely for amateur figure skaters to earn a decent amount of money from the sport.

No, Hannah Miller is not married. For now, it’s unknown whether or not she is currently in a relationship.

Does Hannah Miller Have Any Children?

No, Hannah Miller does not have any children.

Did Hannah Miller Go to College?

What is Hannah Miller Famous For?

As a competitive figure skater, Hannah Miller is perhaps best known for winning the 2014 Ice Challenge.  Some of her other accomplishments include having won a US novice title, and a silver medal at Lombardia Trophy

Originally from Williamston, Michigan, Hannah Miller has been training in Artesia, California for the past couple of years.

What Kind of Car Does Hannah Miller Drive?

Details on Hannah Miller’s vehicle is not available at this time.

How much did Hannah Miller Make Last Year?

Unfortunately, information on Hannah Miller’s 2017 salary is not available.

Want to support the skater online? If so, how about following her on social media? You can find her on Twitter at @Hannah_Miller1 or on Instagram at @Hannah_Mill1. On Facebook, you can also show your support by liking her official fan page.