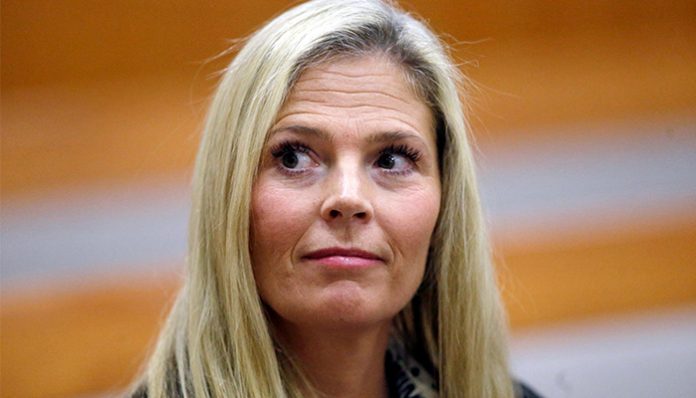 TAn Olympic champion, Picabo Street gained widespread attention after winning a gold medal at the 1998 Winter Games. The first female alpine ski racer to have won two downhill titles at the World Cup, she had won a gold medal in the Super G event. Previously, she had also finished second on the podium at the 1994 Winter Olympics.

After several years of competition, she announced her retirement from the sport in February 2000. Not long afterward, she was inducted into the National Ski Hall of Fame in Ishpeming, Michigan, the birthplace of organized skiing in the country.

How is the former Olympian doing nowadays? With all that she had accomplished during her career, is it fair to assume that she’s doing well for herself now? How wealthy is she? According to some online websites, Picabo Street has accumulated a fortune of $3 million over the years. Where did most of this come from? We’ll be trying to answer this question below.

How did Picabo Street Make Her Money & Wealth?

Born on April 3, 1971, in Idaho, Picabo Street was raised in her parents’ farm in Triumph, a few miles away from Sun Valley, where she learned to ski as a young girl. As a student, she went to Rowland Hall-St. Mark’s School in Salt Lake City; for a period, she also attended the school’s Rowmark Ski Academy. Prior to joining the academy, she skied for the local Hailey Ski team.

Highly talented, she eventually made it onto the U.S. Ski Team at the age of seventeen. In 1992, she made her World Cup debut, where she competed in the super G and downhill events. A couple of months later, she participated in the World Championships in Japan, where she finished second place in the combined event.

In 1994, she was selected to represent the United States at the 1994 Winter Olympic Games in Lillehammer. In the end, she took home a silver medal in the downhill. Not long after she won, a run in Sun Valley was named after her on Bald Mountain.

On a roll, she later became the first American woman to win gold in a speed event at the World Cup in 1995. From there, she won her first world champion title at the 1996 World Championships in Spain.

Due to a knee injury that she sustained during training, she sat out most of the 1997 season. Following her recovery, however, she made a comeback at the 1998 Winter Olympics where she won a gold medal in the super G. Despite the win, however, she was later forced to undergo two years of rehabilitation after snapping her left femur during a race in 1998. In 2002, she announced her retirement from competition.

Unfortunately, it’s hard to say how much exactly she had made from her skiing career (though she did receive a few endorsement offers following her win at the 1998 Olympics). Aside from the sport, she has been involved with other projects; for instance, she has made a few television appearances in the shows Pyramid, GUTS, and American Gladiators. In 2001, she also released an autobiography titled, Picabo: Nothing to Hide.

Yes, she has been married to businessman John Reeser since 2008.

Does Picabo Street Have Any Children?

No, Picabo Street does not have any children.

Did Picabo Street Go to College?

As far as we can tell, Picabo Street has not gone to college.

What is Picabo Street Famous For?

Picabo Street gained a significant amount of attention after winning a gold medal at the 1998 Winter Olympics in Nagano.

Retired, Picabo Street currently splits her time between her homes in Winter Park, Colorado, and Alabama. Unfortunately, that’s all the information we have at this time.

What Kind of Car Does Picabo Street Drive?

Details on Picabo Street’s vehicle is not available at this time.

How much did Picabo Street Make Last Year?

Unfortunately, information on Picabo Street’s 2017 salary is not available.

As far as we can tell, Picabo Street hasn’t made any public appearances for several years. The last time we saw her on television, she was a contestant on the reality competition, Stars Earn Stripes in 2012.

Wondering what the former skier is up to? If so, why not follow her on social media? For instance, you can check out her tweet son Twitter at @PicaboStreet. Alternatively, you can support her by dropping by her official Facebook fan page here.