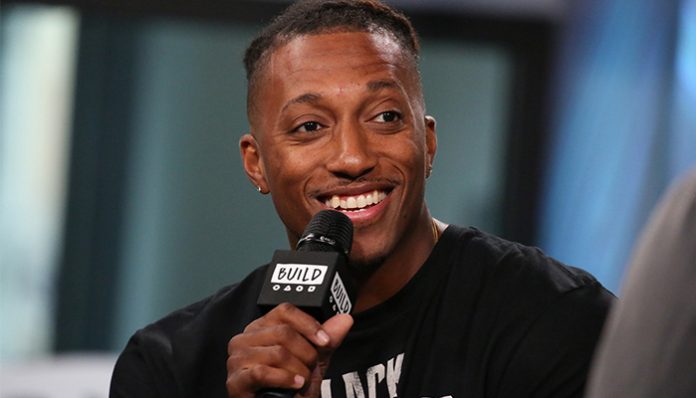 The co-founder of Reach Records, Lecrae gained mainstream attention with the release of his debut mixtape, Church Clothes in 2012. In the years since, he has issued several albums including Gravity, which earned him a Grammy Award for Best Gospel Album in 2013.

While music is his main focus, he has made a few appearances in a number of films over the past years. For instance, he was featured in the documentary, Uprise Presents: World form the Street in 2009. Other films that he has appeared in include Everything Must Go, A Cross to Bear, and Believe Me.

How wealthy is the singer/record-producer? How lucrative is his career in the music industry? What is he worth nowadays? According to various sources, Lecrae has accumulated a net worth of $3 million to date. Wondering where he earned this fortune from? Below, we’ll be taking a look at some of his streams of revenue.

How did Lecrae Make His Money?

Born on October 9, 1979, in Houston, Texas, Lecrae’s childhood was rather turbulent. Not only was his father a drug addict, but he also fell victim to sexual molestation at the age of eight. As a teen, things only got worse after he started to deal drugs. Ultimately, it wasn’t until he was arrested for drug possession that he decided to turn his life around.

In 2004, he released his debut album, Real Talk. A Christian hip-hop record, it contained fourteen tracks including Take Me As I Am, The Church and We Don’t. From there, he dropped his second album, After the Music Stops in 2006. An improvement over his first title, it peaked at number 17 on the Top Christian Albums music chart.

On a roll, he continued to release albums on a regular basis over the next few years. Some of these titles include Rebel, Rehab, and Rehab: The Overdose, all of which made it onto the US music charts. In 2012, he came out with Gravity, his first album to reach the Top 5 on the US Billboard 200 music chart. Ultimately, it gave rise to two charting singles, I Know and Tell the World, the latter of which featured Mali Music.

Since then, the rapper has released two additional albums, Anomaly, and All Things Work Together, the former of which has since gone gold in the US.

Considering his work as a recording artist, it only makes sense that he’s earned a decent amount from the above-mentioned releases.

On top of what he pulls in from his solo releases (i.e. albums and singles), he also makes money as an occasional record producer. Over the years, he has worked with several artists including Trip Lee, Tedashii, and She Baraka. Some of the songs that he has helped to produce include Kingdom People, If They Only Knew, and Turn My Life Up, among others.

As far as other ventures go, he has worked on a number of films (mostly documentaries). For example, he has been featured in Welcome to the Family Documentary, The Cross, and Everything Must Go. In 2014, he also played the part of Dr. Malmquist in the feature film, Believe Me.

He has been married to Darragh Moore since 2009.

Does Lecrae Have Any Children?

Yes, he has three children with his wife.

Did Lecrae Go to College?

Yes, he graduated from the University of North Texas. In 2016, he received an honorary Doctorate of Music from the Canadian Christian College.

What is Lecrae Famous For?

Lecrae gained mainstream attention with the release of his debut mixtape, Church Clothes in 2012. Since then, he has come out with several other albums, many of which have charted in the US.

Where Does Lecrae Live now? Photos of Lecrae’s House

Lecrae lives with his family in Atlanta, Georgia. Unfortunately, we do not have any pictures of his abode at this time.

What Type of Car Does Lecrae Drive?

Details on Lecrae’s vehicle are not available at this time.

How Much Money Did Lecrae Make Last Year?

Unfortunately, details on Lecrae’s annual earnings are unavailable at this time.

As mentioned earlier, he recently came out with his eighth studio album, All Things Work Together on September 22, 2017. His first album in three years, it featured guest appearances from Ty Dolla Sign, Aha Gazelle, and Tori Kelly, and a few others.

Want to follow Lecrae on social media? You’ll be happy to know that you can find him on both Instagram and Twitter at @Lecrae. Alternatively, you can also visit his official fan page on Facebook for the latest news and announcements.