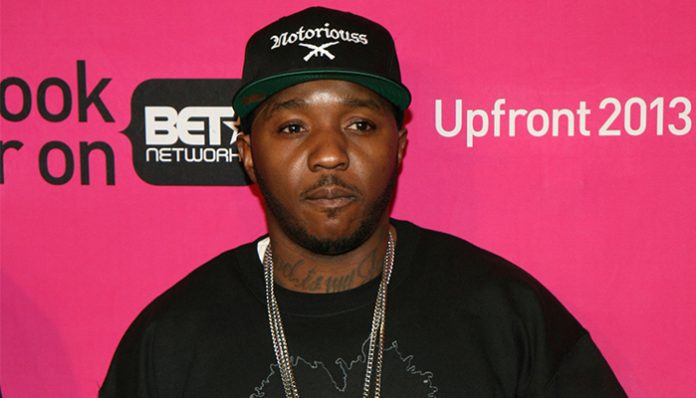 An American rapper, Lil Cease rose to fame as a member of Junior M.A.F.I.A. in the early 90’s. Throughout the years, the group had come out with a number of titles including the albums Conspiracy and Riot Musik.

Aside from his work with the group, the rapper has also released a solo album titled, The Wonderful World of Cease A Leo. In terms of other ventures, he has appeared in a handful of films including  Reality Check: Junior Mafia vs Lil Kim, Chronicles of Junior M.A.F.I.A., and Life After Death: The Movie.

What is he up to nowadays? How successful is the hip-hop artist? How much has he managed to bank over the years? How well off is he? From what we could find online, Lil Cease’s 2018 net worth is currently around $2 million. What are some of his most noteworthy titles? Let’s take a closer look at his career.

How did Lil Cease Make His Money & Wealth?

Born on August 20, 1977, in Brooklyn, New York, Lil Cease was brought up in the Bedford-Stuyvesant area, where he caught the attention of the Notorious B.I.G. as a teen. Known for his distinctive lapsing style, he was later invited to join his hip-hop group, the Junior M.A.F.I.A. One of the first songs that he recorded was Players Anthem in 1994.

A year later, the group dropped their debut album titled, Conspiracy. Met with praise, it had garnered much attention with the release of singles such as Players Anthem and Get Money. A commercial success, the album had included fifteen tracks; among those that featured Lil Cease in the vocals were Realms of Junior M.A.F.I.A., and Player’s Anthem. Not only did it peak at number 8 on the Billboard Hot 200, but it has since also gone gold in the United States.

Their second and final album, Riot Musik was released several years later, in 2005. Featuring guest vocals from Prodigy, Blake C, and Jadakiss, the tracklist boasted several titles including Damage Control, Let’s Get It On, Just Us, and Throw Down Your Gun.

Since then, Junior M.A.F.I.A. has also put out two mixtapes. Considering the fact that most of the rapper’s initial fame came from his contributions to the group, he most likely received a decent share from the success of their work.

Aside from his work with the group, Lil Cease had also put together a solo album titled, The Wonderful World of Cease A Leo. His only album to date, it was released in 1999 through Atlanta Records. Produced by Sean Combs, The Hitmen, Mario Winans, and Pink!, the project proved to be successful, having made it to number 26 on the Billboard Top 200. Some highlights from the disc include Chicken Heads and Play Around, the latter of which reached number 52 on the Hot R&B Songs chart.

No, Lil Cease is not married.

Does Lil Cease Have Any Children?

No, Lil Cease does not have any children that we know of.

Did Lil Cease Go to College?

As far as we can tell, Lil Cease has not gone to college.

What is Lil Cease Famous For?

Lil Cease rose to fame in the mid 90’s as a member of the hip-hop group, Junior M.A.F.I.A. During their career together, they released many hits such as Get Money and Player’s Anthem.

Lil Cease currently lives in Brooklyn, New York. Photos of his abode are not available at this time.

What Kind of Car Does Lil Cease Drive?

Information on Lil Cease’s vehicle is not available.

How Much Money Did Lil Cease Make Last Year?

Details on Lil Cease’s earnings for 2017 are unavailable at this time.

With Junior M.A.F.I.A., their most recent release is that of the mixtape, Lil Cease & Mafia Dons: Riding for the King in 2014. Since then, the group has not released any projects. As far as we can tell, Lil Cease himself has also not come out with any records.

Want to keep up with the rapper? If so, why not follow Lil Cease on social media? You can find him on Twitter at @LilCease or on Instagram at @LilCease. On Facebook, you can also leave him a like on his official fan page, which you can visit here.