What Happened to Mariah Carey? – 2018 Update 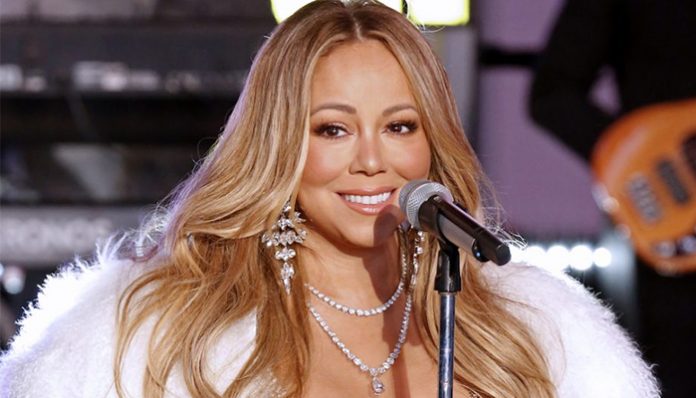 One of the best-selling music artists of all time, Mariah Carey has sold over 200 million records across the globe. Since her debut, she has churned out numerous hits including Hero, Fantasy, #Beautiful, and We Belong Together, among many others. What has she been up to in the recent months? Let’s find out.

If you’re a fan, you’ve probably noticed that she hasn’t released any new albums since 2014.  While this may be true, it would appear that she has recorded a few songs since. For instance, she had recently come out with a single titled, I Don’t (featuring YG) in 2017. Prior to that, she had also dropped Infinity in 2015. With that said, it’s true that her releases have been sparse.

Don’t let her lack of releases fool you into thinking she’s on hiatus, however, for she’s still very much active on the music front. In fact, she had recently embarked on a concert tour (i.e. All the Hits Tour) with Lionel Richie last summer. Afterward, she even continues her All I Want for Christmas is You concert series, which has brought her to many countries including France and England.

Speaking of tours, she will, once again, be hitting the road later this fall for her The Number One’s Tour. Originally scheduled to begin February 2018, it was later rescheduled to October 2018, due to scheduling conflicts.

Aside from all that, she has also been involved with a few film projects. For instance, she had made a cameo in the 2017 comedy, Girls Trip starring Jada Pinkett Smith, Queen Latifah, and Regina Hall. Later that same year, she developed her own holiday film titled, Mariah Carey’s All I Want For Christmas Is You, which was released direct-to-idea. In honor of her work on All I Want for Christmas Is You, a film that centers around a young girl who rescues a homeless dog, she was given an Angel for Animals Award by the PETA in 2017.

On top of that, the singer has also lent her voice to the animated films, The Star and The Lego Batman Movie, both of which also came out in 2017.

On television, she has also been invited onto several talk shows over the past year including Made in Hollywood, Entertainment Tonight, Home & Family, and The Insider. Earlier this year, she also presented at The 75th Golden Globe Awards, which took place at The Beverly Hilton.

Born on March 27, 1969, in Huntington, New York, Mariah Carey had been fond of music ever since she was a young girl. Ultimately, it was in her teens that she started to write her own songs, a hobby that he evolved from poetry writing. After completing high school, she worked various jobs to support herself, while putting together a demo tape.

After completing the tape, she passed it to a few labels alas with no success. Around that time, she was introduced to Brenda K. Star, a rising pop star. In the end, it was thanks to her that she eventually managed to land a music deal with Columbia Records.

Her eponymous debut album was later made available in 1990. Filled with a mix of up-tempo tracks and slow ballads, it garnered her much praise from critics. A commercial success, it eventually topped the Billboard 200 for eleven consecutive weeks. Responsible for her rise to fame, the album has since sold over 15 million copies worldwide. Some highlights from the track list include the songs There’s Got to Be a Way, Vision of Love, and I Don’t Wanna Cry.

Over the next decade, she continued to release various albums including Music Box, Daydream, Merry Christmas, and Rainbow, among a few others. From there, she issued Glitter, her first album of the new millennium. Since then, she has also delivered Merry Christmas II You, Memoirs of an Imperfect Angel and The Emancipation of Mimi. Her most recent album, Me. I Am Mariah…The Elusive Chanteuse had hit stores in 2014.

In support of her many albums, Carey has headlined numerous tours over the past several years. In fact, she will be hitting the road once again later this fall, despite the fact that she hasn’t come out with any new releases since 2014.

While she hasn’t recorded any new albums since it’s obvious that she’s been kept busy with various other endeavors (as mentioned earlier). For instance, she had appeared in a few films last year including The Lego Batman Movie, The Star, and Girls Trip. Not only that, but she had also developed her own holiday movie, Mariah Carey’s All I Want For Christmas Is You.

For those who are longing to hear more music from the star, you’ll be happy to know that she will be embarking on her The Number 1’s Tour in October 2018, which will see her performing in six different cities.