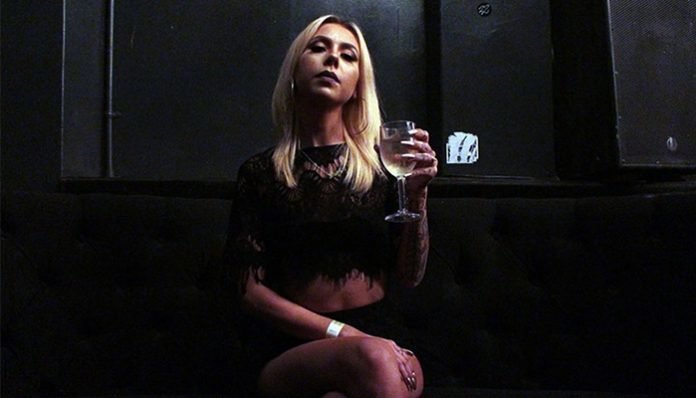 An American rapper, Lil Debbie initially rose to fame as a member of the hip-hop group, The White Girl Mob. Since their disbandment, she has enjoyed a successful solo career with many records to her name. Her debut extended play, Queen D was released in the fall of 2013.

Since then, she has followed up with several EPs such as California Sweetheart, Home Grown, and XXIII. In 2016, the California native also dropped her first studio album titled, Debbie. Today, some of her most popular songs include 2 Cups, Michelle Obama, Bake a Cake, and Squirt.

How has her career played out so far? How successful is she now as a recording artist? How much has she pulled in over the past several years? According to various sources, Lil Debbie’s current net worth stands at approximately $300,000. Below, we’ll be going over some of her biggest projects to date.

How did Lil Debbie Make Her Money & Wealth?

Born on February 2, 1990, in Albany, California, Lil Debbie launched her music career as a member of The White Girl Mob, a hip-hop group that she created with friends V-Nasty and Kreayshawn. After completing high school, she had studied fashion design briefly at the Fashion Institute of Design & Merchandising, though she ultimately dropped out to pursue a music career. In 2012, she self-released her first mixtape, Keep It Lit.

A year later, she came out with her debut EP, Queen D. Made available as a digital download, it included five tracks- Bake a Cake, Ratchets, Bitches, Bake a Cake (XTRA Based Remix), and Bitches (Clinton Sparks Remix). Well received, the playlist has been played over 100,000 times on Soundcloud to date.

Since then, the rapper has dropped two more EPs- Home Grown and XXII, both of which were released as digital downloads.

In terms of full-length albums, she released her self-titled debut, Debbie in July 2016. Featuring guest vocals from Njomza and Starrah, the 13-track project included the titles Run It, My Level, F That, Cake Up, and Turn Em Out, among others. Her second album, OF in My System was issued a year later, in 2017,

Aside from her solo endeavors, Lil Debbie has also done a number of collaborations over the years. For instance, she has worked with Wacko, Will Sparks, Riff Raff, and Alexis Ayaana. Some of these titles include Plugged, Get Lid, Tinder Surprise, and You Mad.

Like most artists, the rapper also puts on shows throughout the year; naturally, she would rake in a decent amount for every performance. If you’re interested in seeing her perform live, you’ll be happy to know that she has a concert planned for later this summer in Hollywood, California.

No, as far as we know, Lil Debbie is currently single and not in a relationship.

Does Lil Debbie Have Any Children?

No, Lil Debbie does not have any children.

Did Lil Debbie Go to College?

No, Lil Debbie has not gone to college.

What is Lil Debbie Famous For?

Her EPs, Queen D and California Sweetheart had also drawn in attention at the time of their release.

Lil Debbie currently lives in California. Unfortunately, that’s about all we know at this time.

What Kind of Car Does Lil Debbie Drive?

Information on Lil Debbie’s vehicle is not available.

How Much Money Did Lil Debbie Make Last Year?

Details on Lil Debbie’s earnings for 2017 are unavailable at this time.

Most recently, she dropped her sixth extended play, I’m The Rapper He’s The Producer on February 2, 2018; among the songs that it gave rise to were Goyard and Stunt, both of which have already been streamed thousands of times online.

Want to support her online? If so, why not follow her on social media? You can find Lil Debbie on platforms such as Instagram (@Debbiecakes420) and Twitter (@L1LDebbie). Alternatively, you can give her a like on Facebook- visit her official fan page here.