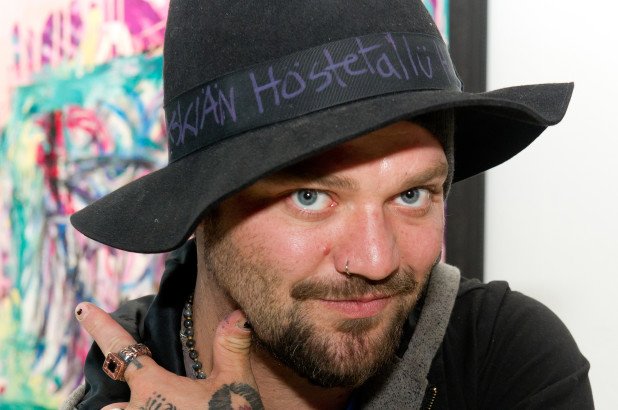 Bam Margera is best known as a member of the Jackass crew, a talented skateboarder, and television personality. There was a time where he was on top of the world, with successful films and a number of TV shows under his belt, but he has faded in recent years. Granted, his visibility is higher than the likes of Chris Pontius, but he is well below the likes of Knoxville.

So let’s take a look at where he is these days.

Margera has had it rough in the last few years, and while it seemed like he was back on form in 2017, a recent DUI has put a bit of a damper on his recovery. The first hit came in 2011, with the untimely death of former co-star and friend Ryan Dunn.Bam has stated that it was literally the worst news he had ever heard in his life, and it started him on a path of increasingly heavier drinking. In 2012 he came down with a case of bone spurs, which took him off the skateboard. With no interest in continuing to work with the former Jackass crew, and now unable to skate, Margera supported himself with club appearances. He developed a drinking problem during this time, finding himself wasted night after night. He managed to maintain a relationship during this though, with Nicole Boyd, whom he married in 2013.

That self-destructive chapter in his life seemingly came to an end last year, when he announced that he was back skating, having had the bone spurs removed. While living in Spain he found it easier to stay away from alcohol, and focus on one of the great loves of his life. I watched a few videos from the time period, read a few articles, and I was pleased with his transformation. He looked healthier than I had seen him in years, and he had not lost his gift for skating. It looked like his life was back on track, and we might actually see a release of the documentary he had been making since 2015. Sadly that was not the case.

Bam announced that his wife gave birth to his first child, Pheonix Wolf, in December of 2017. Shortly after Margera was pulled over for speeding, with the officers administering an on-site alcohol test. He was charged with a DUI, and as of the time of writing, he is undergoing treatment at a rehab facility in California. 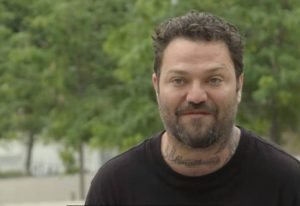 Brandon Cole Margera was born on the 28th of September 1979 in Westchester, Pennsylvania. He was given the nickname Bam Bam by his grandpa, due to the fact that he used to run into walls a lot as a child. His school friends shortened it to simply Bam while in high school. Margera first rose to attention in the late nineties via his self-produced video series, CKY, named for his brother’s band.

The videos are a sort of proto Jackass, a combination of skateboarding tricks, skits, jokes, and stunts. Much like Steve-O’s home videos, they ended up in the hands of Jeff Tremaine and Johnny Knoxville, while they were workshopping a stunt show. They recruited Bam, and most of his friends and family for supporting roles, into the Jackass crew.

Jackass was incredibly popular and spawned a number of films, which featured Margera prominently in all of them. Of course, Margera was already an upcoming professional skateboarder by this point, being signed by Toy Machine in 1997. Due to the success of Jackass, he landed several lucrative contracts, becoming a member of Team Element, his signature board being a big seller in the mid-2000s.

After Jackass Margera was extremely bankable, he struck a chord with MTV’s core demographic, and thus followed up with Viva La Bam, similar to CKY, but focusing on his interactions with his friends an family. The show ran for five seasons, with much of the comedy being derived from the stunts, and the reactions of his parents to his antics.

Several shows followed up the success of Viva La Bam, but none had any longevity. Margera has also directed and written a number of independent films, Haggard in 2003, Minghags in 2008 and Where the#$&% Is Santa? also in 2008.

Margera has been married twice, first to childhood sweetheart Melissa “Missy” Rothstein, which ended in divorce in 2012 after months of excessive alcohol consumption on the part of Bam, and most recently to Nicole Boyd, with whom he has a child.

Bam’s best friend, Jackass Co-Star Ryan Dunn, passed away in 2011, as a result of a high-speed car crash, which put Margera into a deep depression. The long-term effects of his death are still being dealt with by the star. He stopped skating in 2012, due to health issues and was dropped by all of his sponsors. He made money via public appearances and spent a few years getting drunk and partying.