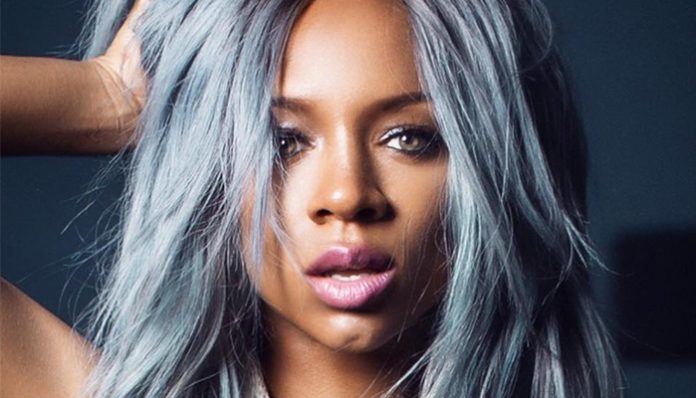 A hip-hop artist, Lil Mama is perhaps best known for her singles, G-Slide (Tour Bus), Lip Gloss, and Shawty Get Loose. Her album, VYP (Voice of the Young People) was issued in 2008. Since then, she has also dropped a mixtape titled, Take Me Back.

Aside from her music contributions, she has appeared in a few films such as CrazySexyCool: The TLC Story, and When Love Kills: The Falicia Blakely Story. On television, she has also served as one of the main judges on the reality competition, America’s Best Dance Crew.

How has her career played out over the past few years? How successful is the artist, who has released two Top 10 hits in the past? How well off is she? According to what we could find online, Lil Mama’s current net worth is around $6 million. What are some of the things that contribute to her income? Below, we’ll be addressing this question.

How did Lil Mama Make Her Money & Wealth?

Born on October 4, 1989, in Harlem, New York, Lil Mama was brought up in Brooklyn with her seven siblings. As a young girl, she often expressed herself through dance and poetry. With her father’s encouragement, she later moved to Atlanta to work with music producer, James Chambers. Together, the two eventually put together her first single, Lip Gloss, which caught the attention of New York’s flagship radio station almost immediately.

In 2008, she released her debut album, VYP (Voice of the Young People). Featuring guest vocals from Chris Brown, DJ Khaled, and T-Pain, it had proved to be an overall success, having reached as high as number 25 on the US Billboard Top 200. Met with positive reviews, the album went on to spawn four singles: What It Is (Strike a Pose), G-Slide (Tour Bus), Lip Gloss, and Shawty Get Loose.

Despite its success, however, Lil Mama has yet to release a second album. With that said, she did put together a mixtape titled, Take Me Back in 2015, which was made available for streaming online. To this day, Shawty Get Loose and Lip Gloss, both from her debut album, remain to be her most popular singles.

Naturally, the rapper would have earned some royalties from the above releases. In addition to that, it’s likely that she has also pulled in a decent amount of public events such as concerts and tours (though she doesn’t have any planned at this time).

In addition to her music career, Lil Mama has also appeared in a few films. For instance, she was cast as Lisa Lopes aka “Left-Eye” in the biographical movie, CrazySexyCool: The TLC Story in 2013. Based on the girl group TLC, the cast also included Drew Sidora and Keke Palmer who played the parts of Tionne Watkins and Rozonda Thomas respectively.

As far as television goes, she has also served as one of the judges on MTV’s competitive reality series, America’s Best Dance Crew, from season one to seven.

In terms of upcoming projects, she will be appearing in a film called Born in the Game later this year.

No, Lil Mama is not married. In fact, she appears to be single.

Does Lil Mama Have Any Children?

No, Lil Mama does not have any children.

Did Lil Mama Go to College?

No, Lil Mama has not gone to college.

What is Lil Mama Famous For?

As a rapper, Lil Mama is best known for the singles Shawty Get Loose (Feat. T-Pain and Chris Brown), and Lip Gloss. In 2013, she had also gained recognition for portraying “Left-Eye” in the biopic, CrazySexyCool: The TLC Story.

Lil Mama currently lives in New York. Further details- including photos, are not available at this time.

What Kind of Car Does Lil Mama Drive?

Information on Lil Mama’s vehicle is not available.

How Much Money Did Lil Mama Make Last Year?

Details on Lil Mama’s earnings for 2017 are unavailable at this time.

As mentioned earlier, she had recently appeared in the TV One biopic, When Love Kills: The Falicia Blakely Story in 2017. Sometime later this year, she will also be making an appearance in the film, Born in the Game.

Want to support the artist online? If so, why not give her a follow on social media? You can find Lil Mama on Instagram and Twitter at @LilMama. In terms of her music videos, you can stream many of them on her YouTube channel here.