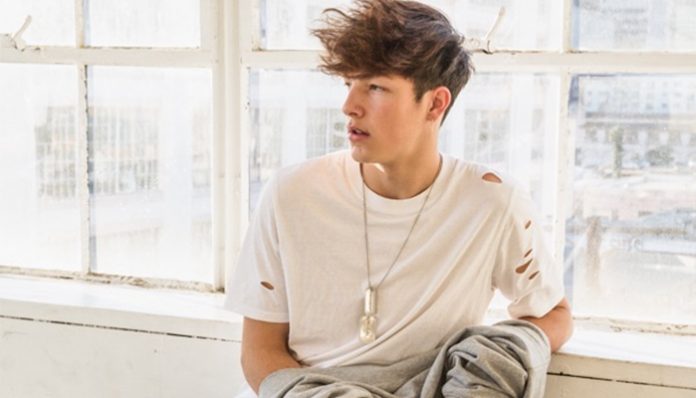 A digital sensation, Tayler Holder initially gained an audience on musical.ly, where he’s since gained over 2 million followers. Since then, he has made himself known on a few other platforms such as Twitter, Instagram and YouNow. On YouTube, he’s also amassed, 260,000 subscribers.

Aside from his online endeavors, he’s also involved with other projects- for instance, he recently released his debut single, Who I Am in 2017. Well received, it has already been streamed over ten thousand times online. Later this year, it’s said that he will also be making his acting debut on television.

With all that he’s worked on, how successful is he now? How rewarding has his efforts been over the past few years? How well-off is the 20-year-old? From the information that we could find online, Tayler Holder’s current net worth is around $1 million. What has contributed to his fortune? We’ll be discussing that below.

How did Tayler Holder Make His Money & Wealth?

Born on August 19, 1997, in Texas, Tayler Holder had always wanted to make it big in the entertainment world, even as a young boy. At the age of sixteen, he launched a YouTube channel called Joey and Tayler with his good friend, Joseph Birlem. Determined to succeed online, he later also joined Twitter, Instagram, YouTube, and Musical.ly. Ultimately, it was on the music network that he ended up receiving a big break.

In the years since Holder has managed to accumulate more than 1.9 million followers on Musical.ly. Though YouTube was the first site that he had joined, he is perhaps best known on the music network today.

With that said, his YouTube following has been growing at a steady pace. As of April 2018, he has over 260,000 subscribers with more than 21 million video views altogether. Known for his comedic videos, he mostly posts challenges, and vlogs to his channel, all of which are popular among viewers.

With the audience that he has on YouTube, the 20-year-old has most likely been monetizing his channel. By displaying ads on his videos, Holder is able to rake in some money from his content. Generally speaking, content creators typically make a few dollars for every one thousand views.

As he continues to attract new fans with his videos, the earning potential of his YouTube channel will also grow.

Aside from his work on YouTube, he had recently also released a single titled, Who I Am in 2017. The launch of his music career, it has proved to be a relative success, with over 15,000 plays online.

If you’d like to support the social media star, you can also check out his official merchandise store here. Looking at it now, there’s a variety of sweatshirts and hoodies available for sale.

While he isn’t married, Tayler Holder is currently in a relationship.

Does Tayler Holder Have Any Children?

No, Tayler Holder does not have any children.

Where Did Tayler Holder Attend College?

Instead of going to college, Tayler Holder chose to move to Los Angeles for his social media career.

What is Tayler Holder Famous For?

Tayler Holder is perhaps best known for his Musical.ly account, on which he has nearly 3 million followers. In the recent years, his popularity has also risen on platforms such as YouTube and Instagram.

Tayler Holder currently resides in LA. No photos of his house are available.

What Kind of Car Does Tayler Holder Drive?

Information on Tayler Holder’s vehicle is not available.

How Much Money Did Tayler Holder Make Last Year?

Details on Tayler Holder’s earnings for 2017 are unavailable at this time.

As far as recent events go, Tayler Holder has been pretty good about updating his social media accounts on a regular basis. Aside from that, he had released his debut single, Who Am I in 2017.

If you haven’t already done so, be sure to give him a follow on his personal accounts! You can find Tayler Holder on Twitter and Instagram at @ItsTaylerHolder. For his videos, there’s also his YouTube channel here.