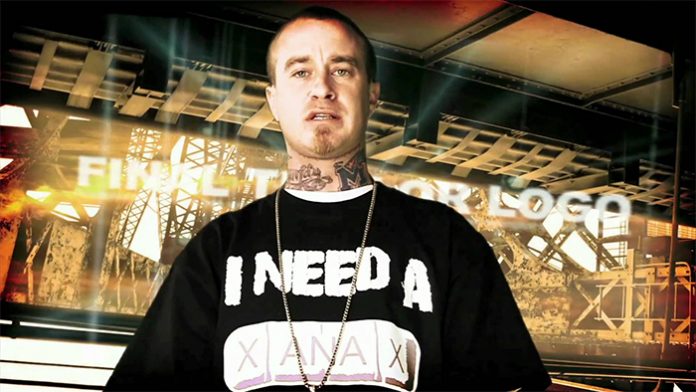 Known for his “quick-rapping” style, Lil Wyte had dropped his debut album, Doubt Me Now in 2003. Since then, the rapper has followed up with many projects, some of which include The Bad Influence, No Sick Days, and The One and Only. Last year, he had delivered two EPs, Drugs and Liquor.

In addition to his solo work, he has also collaborated with other artists on many occasions. For instance, he has released a number of collaborative albums such as No Filter 2 (with JellyRoll), and B.A.R. (Bay Area Representatives) (with Frayser Boy). Most recently, he made a guest appearance in Due Lipa’s IDGAF in 2017.

How successful is the rapper today? How much has he managed to rake in from his records over the years? How rich is the 35-year-old? From our research, Lil Wyte’s current net worth is an estimated $700,000. How did he make this fortune of his? Let’s find out.

How did Lil Wyte Make His Money & Wealth?

Born on October 6, 1982, in Memphis, Tennessee, Lil Wyte grew up in Frayser, where he developed an interest in rapping at a young age. By the time he was in his early teens, he regularly participated in freestyle battles at high school. Prior to his rise to fame as a solo artist, he performed with a hip-hop group called the Shelby Forest Click in the late 90’s.

His debut album, Doubt Me Now was later released in 2003. Despite minimal promotion, it became an underground hit, with more than 20,000 copies sold in the first week. Considered by many to be his best album, it included over twenty tracks, all of which were produced by Juicy J and DJ Paul.

A year later, he dropped a second album titled, Phinally Phamous. Featuring guest appearances from Josey Scott, Frayser Boy, and Three 6 Mafia, among others, it charted at number 64 on the Billboard 200. A relative hit, it was eventually followed by The One and Only in 2007.

Since then, Lil Wyte has also delivered the albums The One and Only, The Bad Influence, Still Doubted? and No Sick Days, among others. Well received by fans, all of these titles would have earned him a decent amount over the years.

In addition to his solo albums, he has also come out with a few collaborative projects such as Year Round, No Filter, B.A.R. (Bay Area Representatives), and No Filter 2, to name a few. Some of the other artists that he’s worked with in the past include DJ KaySlay, Trillville, Chrome, and Lil Scrappy.

Aside from what he makes from record sales, he also pulls in some decent money from putting on shows and concerts. In fact, he has a handful of dates planned for later this spring- for more information please visit his official website.

If you want to support the rapper, you can also check out his official merchandise store here. From the looks of it, an array of items are available for purchase from t-shirts to accessories.

No, Lil Wyte is not married as far as we know.

Does Lil Wyte Have Any Children?

No, Lil Wyte does not have any children.

Did Lil Wyte Go to College?

No, he has not gone to college. Though he dropped out of high school as a teen, he later earned his diploma.

What is Lil Wyte Famous For?

Lil Wyte rose to fame with the release of his debut album, Doubt Me Now in 2003. Since then, his popularity has continued to grow with his subsequent projects.

What Kind of Car Does Lil Wyte Drive?

Unfortunately, we do not have any information on Lil Wyte’s vehicle.

How Much Money Did Lil Wyte Make Last Year?

At this time, we do not have any details on Lil Wyte’s 2017 earnings.

Want to keep up with the rapper? If so, how about giving him a follow on social media? For instance, you can find Lil Wyte on Twitter at @Li_Wyte_ or on Instagram at @LilWyte. On Facebook, you can also join over 230,000 others in liking his fan page here.