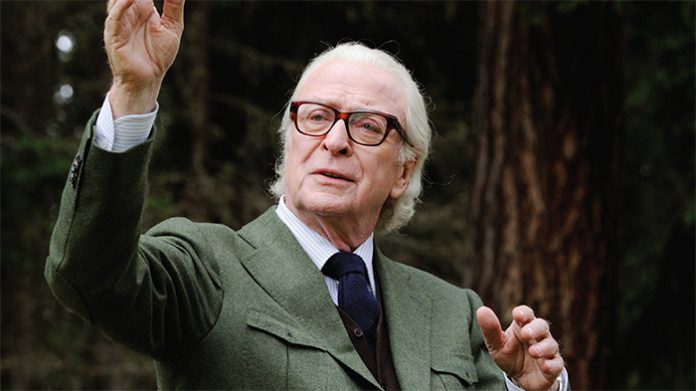 An English film icon, Michael Caine has appeared in well over a hundred films throughout his acting career. Some standout titles include Alfie, Educating Rita, The Prestige, and Interstellar. One of the highest-grossing box office stars, his films have grossed over $7.8 million across the globe. For his contributions to cinema, he was knighted by Queen Elizabeth II in 2000.

Though he focuses on films, he has also appeared on a number of television series over the past years, some of which include Jack the Ripper, 20,000 Leagues Under the Sea, and Freedom: A History of Us.

Considering his long list of accomplishments, surely he’s incredibly well off? How much has he grossed throughout the decades? How rich is the British icon? From what we could gather, Michael Cain has accumulated a net worth of $50 million. What are some of his greatest films to date? Which titles contributed the most to his wealth? We’ll be exploring these questions below.

How did Michael Cain Make His Money & Wealth?

Born on March 14, 1933, in London, England, Michael Caine grew up in Southward, though he was later evacuated to North Runcton due to the Second World War. For several years, he served in the British Army; it wasn’t until afterward that he explored the notion of acting. In 1956, he landed his first film role in the war film, A Hill in Korea which starred Stanley Baker, George Baker, and Harry Andrews.

Over the next several years, he appeared in numerous films such as The Steel Bayonet, A Woman of Mystery, The Two-Headed Spy, and Passport to Shame. At the same time, he also landed various roles in TV shows such as Dixon of Dock Green, The Vice, and The Adventures of William Tell.

Ultimately, it wasn’t until the 1960’s that he made himself known on the big screen. For instance, he had starred in the films The Ipcress File, Zulu, and Alfie, the last of which earned him his first Academy Award nomination. Continuing to act into the 1970’s, some of his most notable roles from that period include The Last Valley, Get Carter, and Sleuth.

Fast forward to 2018, and dozens of film credits have been added to his resume; some of these include The Dark Knight, The Cider House Rules, Children of Men, and Interstellar, to name a few. In 2011, he had also lent his voice to one of the characters in Pixar’s animated film, Cars 2.

As of 2017, it’s said that he has grossed more than $7.8 million across the globe, making him one of the highest-grossing box office stars of all time. Not only that, but seven of his films have been featured in the BFI’s list of “100 Greatest British Films of the 20th Century.”

For his contributions to cinema, he has received numerous industry awards throughout his career. Not only has he received a BAFTA Fellowship, but he’s also won two Academy Awards, and three Golden Globes, among many others.

Does Michael Caine Have Any Children?

He has two daughters named Dominique and Natasha.

Did Michael Caine Go to College?

No, he has not gone to college. After leaving school at the age of fifteen, he worked a number of jobs before joining the army.

What is Michael Caine Famous For?

An English film icon, Michael Caine has appeared in well over a hundred films throughout his career. Some notable highlights include Alfie, The Cider House Rules, The Dark Knight, and The Prestige, among numerous others.

Michael Caine currently lives with his family in London, England. Unfortunately, that’s all the information that we have at this time.

What Kind of Car Does Michael Caine Drive?

Details on Michael Caine’s vehicle are not available.

How Much Money Did Michael Caine Make Last Year?

Unfortunately, we do not have any information regarding Michael Caine’s annual salary.

So far this year, he has starred in two titles- Sherlock Gnomes and Dear Dictator, the former of which is an animated film. Previously, he appeared in Dunkirk and Going in Style in 2017.

Want to keep up with the actor? If so, why not follow Michael Caine on social media? The last that we’d checked, he regularly tweets under the handle @themichaelcaine. As far as we can know, he’s not active on platforms such as Facebook or Instagram.