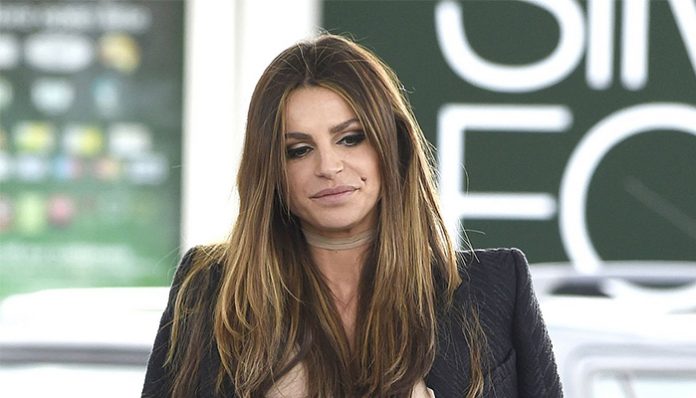 A television personality, Misse Beqiri rose to fame as one of the main cast members in the British reality series, The Real Housewives of Cheshire. Introduced in season three, she starred alongside Tanya Bardsley, Lauren Simon, Dawn Ward and Stacey Forsey, among a few others. After three seasons, she made her departure in 2017.

Thanks to the show, she has earned herself a considerable fanbase over the past few years. On Instagram alone, she has amassed over 250,000 followers. Likewise, she also has 48,000 fans on Twitter.

Seeing as how she was involved with the popular reality series, is it accurate to say that she’s well off? How wealthy is the 31-year-old? How much was she paid for her appearances in The Real Housewives of Cheshire? From what we could find online regarding her wealth, Misse Beqiri has amassed $5.7 million over the years. Let’s take a look at where her fortune came from.

How did Misse Beqiri Make Her Money & Wealth?

Born on September 7, 1986, in Sweden, Misse Beqiri received a break after she was discovered by one of the largest modeling agencies in Scandinavia. As it’d happened, she was approached by a representative while working at a department store in Copenhagen. Since then, she has posed for numerous brands and companies all over the world. In 2011, she started a relationship with a professional footballer, Anders Lindegaard. After three years of dating, they married in 2014. Due to “irreconcilable differences” however, the couple later split in 2016.

After many years of modeling, she was invited to join the main cast of The Real Housewives of Cheshire in 2016. Based on The Real Housewives franchise, the British reality series chronicled the lives of several housewives in the Cheshire, England area. Introduced in the third season, Beqiri was joined by Tanya Bardsley, Leanne Brown, Ampika Pickston, and Lauren Simon, among a few others.

Following the end of season three, it was announced that Beqiri would be returning for another season; season four later premiered in the fall of 2016. From there, she returned as a recurring character aka “friend” in the fifth season, where she made a handful of appearances.

Considering the popularity of the show in Britain (it had an average viewership of 500,000+), surely the cast members were paid a decent amount for their appearances? How much did Beqiri earn from starring in The Real Housewives of Cheshire? Unfortunately, the terms of their contract have never been disclosed to the public.

One thing’s for sure, however- the salaries can easily vary from housewife to housewife. For instance, it’s said that some women earn as $10,000 – $20,000 per season while others are reportedly paid upwards of $1 million. In the end, it all depends on the socialite themselves. Having said all of that, however, it’s more than likely that Beqiri had banked a considerable amount from the show- after all, it’s her most prominent TV credit.

As far as other things go, she may also receive endorsement offers and the like on social media, seeing as how she has hundreds of thousands of followers on platforms such as Instagram and Twitter.

While she isn’t married, she has been in a relationship with Jake Hall since 2016. Previously, she was married to Anders Lindegaard.

Does Misse Beqiri Have Any Children?

Last fall, she and Jake welcomed a daughter named River. From her previous marriage, she also has a son named Julian.

Did Misse Beqiri Go to College?

Unfortunately, not much is known about Misse Beqiri’s education history at this time.

What is Misse Beqiri Famous For?

Misse Beqiri garnered mainstream attention after joining the cast of The Real Housewives of Cheshire in 2016.

Unfortunately, we do not have any information on Misse Beqiri’s location at this time.

What Kind of Car Does Misse Beqiri Drive?

Details on Misse Beqiri’s vehicle are not available.

How Much Money Did Misse Beqiri Make Last Year?

Unfortunately, we do not have any information regarding Misse Beqiri’s annual salary.

As mentioned previously, Misse Beqiri recently gave birth to a daughter named River in November 2017. Considering that, it’s likely that she’s been spending the past few months with her family (and out of the media).

Want to keep up with her? If so, why not follow Misse Beqiri online? You can find her on a few social media sites such as Instagram (@MisseBeqiri) and Twitter (@MisseBeqiri_). As far as Facebook goes, it doesn’t look like she has an official fan page at this time.