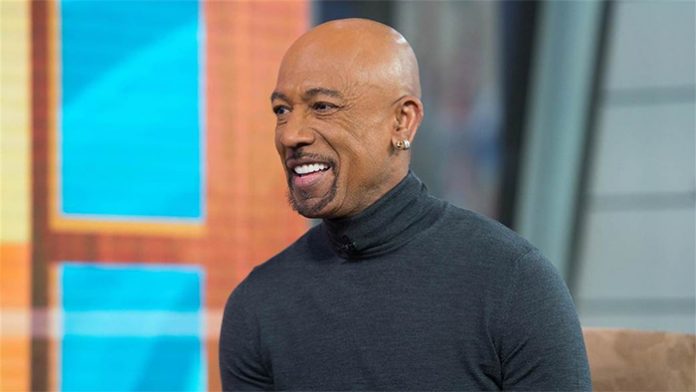 A television personality, Montel Williams is best known for hosting his long-running talk show, The Montel Williams Show. Premiered in 1991, it ran for more than a decade, until 2008; by then, more than 4,000 episodes had aired in Syndication. For his work, he received four Daytime Emmy Award nominations, one of which results in a win (i.e. Outstanding Talk Show Host).

In addition to that, he had appeared on several different television series during the 1990’s and 2000’s. Some of the shows that he acted in include Matt Waters, Educating Matt Waters, JAG, Touched By an Angel, and The Guiding Light. Most recently, he played a supporting character in the 2015 film, Golden Shoes.

How much did he make from the syndicated talk show? What is he up to nowadays? How wealthy is the television host? According to various sources, Montel Williams’ 2018 net worth is around $10 million. Below, we’ll be taking a look at some of his accomplishments; while we’re at it, let’s find out where his income comes from.

How did Montel Williams Make His Money & Wealth?

Born on July 3, 1956, in Baltimore, Maryland, Montel Williams grew up in Linthicum, where he was a student at Andover High School. Upon graduating, he enlisted in the U.S. Marine Corps. From there, he eventually became the first black Marine to attend the Naval Academy Prep School in Rhode Island. After many years of service, he resigned from his post in 1989, to work as a full-time motivational speaker.

Within a few years, his speaking work had caught the attention of PepsiCo, which went on to fund many of his speeches. From there, the company chose him to perform a short introduction to the film, Glory. Before he knew it, his talent had become noticed by television executives. Not long afterward, he was offered his own television talk show, The Montel Williams Show, which debuted in 1991.

Popular among viewers, the show maintained a consistent viewership over the next few years. By the end of the 1990’s, Williams had received two Daytime Emmy Award nomination for Outstanding Talk Show Host, one of which resulted in a win. Responsible for his rise to fame, The Montel Williams Show remains to be his most prominent television credit to date. In total, it ran for seventeen seasons, from 1991 to 2008 (Fox chose not to renew it for a 2008-09 season).

How much did he make from the talk show? Unfortunately, this information has not been disclosed to the public. Considering its success and how long it ran, however, it’s likely that he pulled in a significant amount.

Aside from his work as a talk show host, he has also amassed an impressive list of acting credits. For instance, he has acted in the series Matt Waters, JAG, The Guiding Light, and American Dreams. On the big screen, he has also appeared in The Peacekeeper, Pauly Shore Is Dead and Golden Shoes.

As far as other television appearances go, he was recently featured in the programs, The Dr. Oz Show, Hollywood Walk of Fame Honors, and Morning Joe.

He married Tara Fowler, a flight attendant, in 2007.

Does Montel Williams Have Any Children?

He has two daughters with his first wife, Rochelle See, and a son and a daughter with his second wife, Grace Morley.

Did Montel Williams Go to College?

He went to the United States Naval Academy; he graduated with a Bachelor’s degree in engineering in 1980.

What is Montel Williams Famous For?

According to his Twitter bio, he splits his time between New York City and Miami. Unfortunately, that’s all the information that we have at this time.

What Kind of Car Does Montel Williams Drive?

Details on Montel Williams’ vehicle are not available.

How Much Money Did Montel Williams Make Last Year?

At this time, we do not have any information on Montel Williams’ annual salary.

Over the past year, Williams has appeared on television a handful of times in shows such as The Dr. Oz Show and Morning Joe. In 2017, he also hosted the 86th Annual Hollywood Christmas Parade and Hollywood Walk of Fame Honors.

In terms of acting, however, he hasn’t taken on any roles since the 2015 film, Golden Shoes. For now, it’s unknown whether or not he will be making a come back.

Want to stay up-to-date with the former talk show host? You can find Montel_Williams on Twitter and Instagram at @Montel_Williams (Same username!). On Facebook, you can keep up with his latest news and announcements by liking his official fan page here.