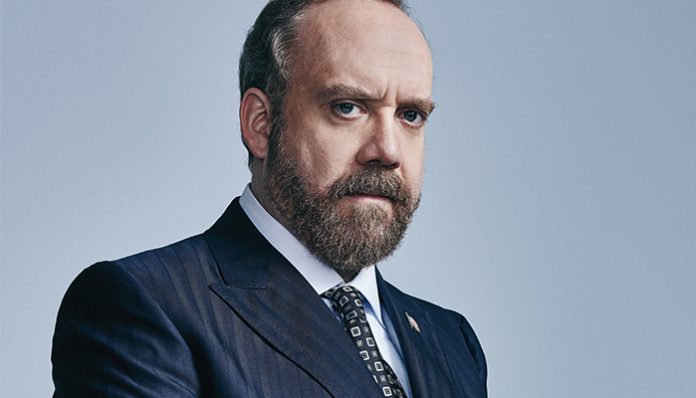 A Golden Globe-award winning actor, Paul Giamatti has starred in several films including American Splendor, Sideways, Cinderella Man, and 12 Years a Slave. Later this year, he will also be playing lead roles in the titles, The Catcher Was a Spy and Private Life.

In addition to his work in Hollywood, he has also made a name for himself on television. For instance, his portrayal of the titular character in John Adams had earned him a Primetime Emmy Award in 2008. In 2011, he also starred in the TV film, Too Big to Fail, which garnered him a Golden Globe Award nomination.

How financially rewarding is his acting career? How much is he paid for a film? Better yet, how much has he pulled in from his work in the film/television industry? As of 2018, Paul Giamatti is said to have a net worth of $25 million. Below, we’ll be going over some of his most noteworthy projects.

How did Paul Giamatti Make His Money & Wealth?

Born on June 6, 1967, in New Haven, Connecticut, Paul Giamatti began acting in his late teens. A student at Yale University at the time, he regularly participated in the undergraduate theatre scene. After graduating, he continued his studies at the Yale School of Drama, where he obtained a Master of Fine Arts. In the years following, he performed in several theatrical productions including a Broadway gig with Seattle Annex Theatre in 1989.

In 1997, he received a big break after being cast as Kenny Rushton in the film, Private Parts. Critically acclaimed, his performance went on to earn him an Academy Award nomination for Best Supporting Actor. Over the next several years, he played various roles in films such as Saving Private Ryan, Cradle Will Rock, and Man on the Moon, among others.

In 2003, he found himself praised for his portrayal in the comedy-drama film, American Splendor. From there, his popularity soared even higher with the release of Sideways in 2004. A blockbuster, it had earned Giamatti a Golden Globe Award nomination for Best Actor in a Motion Picture.

Just a year later, he received another breakthrough with the biographical sports film, Cinderella Man. A box office hit, the actor’s portrayal of Joe Gould had earned him several accolades, including a Golden Globe Award nomination as well an Academy Award nomination.

Since then, his filmography has grown to include many titles such as Shoot ‘Em Up, Fred Claus, Cold Souls, Barney’s Version, 12 Years a Slave and Ironclad, to name a few.

Aside from what he’s earned from Hollywood, Giamatti has also done a considerable amount of work on television. For instance, he starred in the mini-series John Adams in 2008, which yielded him a Primetime Emmy Award for Outstanding Lead Actor. Not only that, but he also played the lead role in the Golden Globe Award-nominated TV film, Too Big to Fail.

Most recently, he has been starring as Chuck Rhoades in the drama series, Billions, which premiered in 2016. Last year, he also made a couple of appearances in the shows At Home with Amy Sedaris and BoJack Horseman.

As far as we know, he is currently single. In the past, he was married to Elizabeth Cohen.

Does Paul Giamatti Have Any Children?

He has a son named Samuel Giamatti with his ex-wife.

Did Paul Giamatti Go to College?

Yes, he did. After graduating from Choate Rosemary Hall, he went to Yale University, where he participated in the undergraduate theatre scene. In 1989, he graduated with a bachelor’s degree in English. From there, he earned a Master of Fine Arts from the Yale School of Drama.

What is Paul Giamatti Famous For?

Paul Giamatti initially gained fame for his portrayal in the 2004 film, Sideways, which earned him a Golden Globe Award nomination. Since then, he has starred in many other movies including Cinderella Man, Barney’s Version and 12 Years a Slave.

He currently lives in the Brooklyn Heights neighborhood in New York. At this time, we do not have any pictures of his home.

What Kind of Car Does Paul Giamatti Drive?

Details on Paul Giamatti’s vehicle are not available.

How Much Money Did Paul Giamatti Make Last Year?

At this time, we do not have any information on Paul Giamatti’s annual salary.

On television, he has been starring as Chuck Rhoades in Billions since 2016. Some of his other recent TV credits include Nature, At Home with Amy Sedaris and BoJack Horseman.

As far as films go, he will be starring in two upcoming titles, Private Life and The Catcher Was a Spy, the former of which will be released on Netflix.

Want to follow the actor on social media? You can find keep up with Paul Giamatti’s tweets on Twitter by following him at @ThePaulGiamatti. As far as we know, he is not active on Instagram.