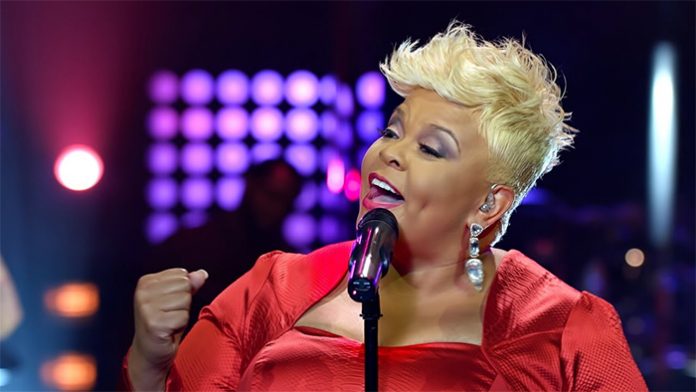 A gospel singer, Tamela Mann started as a member of the group, Kirk Franklin and the Family in the 90’s. Since then, she has distinguished herself as a solo recording artist, with a handful of albums to her name. Most recently, she released One Way in the fall of 2016.

In addition to her musical endeavors, she has also pursued acting. On television, she has starred in several shows including Meet the Browns and It’s a Mann’s World. Since 2017, she has also been reprising her role in The Manns. On the big screen, she has also appeared in Madea’s Big Happy Family, Madea Goes to Jail, and Sparkle, among others.

How rich is the singer/actress? How much has she banked throughout her career? According to various sources, Tamela Mann has accumulated a net worth of $3 million as of 2018. Below, we’ll be taking a look at what she’s accomplished over the past few decades.

How did Tamela Mann Make Her Money & Wealth?

Born on June 9, 1966, in Fort Worth, Texas, Tamela Mann grew up in a religious household with her thirteen siblings. Fond of music as a young girl, she eventually joined the church’s adult choir at the age of twelve. Years later, she launched her music career as a member of the gospel phenomenon, Kirk Franklin and the Family. Some of their songs that featured her as a soloist included Lean on Me, Now Behold the Lamb, and Don’t Take Your Joy Away

Years later, she launched her solo music career with the release of her debut album, Gotta Keep Movin’. A relative success, it had reached number 26 on the Top Indie Albums chart. From there, she churned out a second album titled, The Master Plan in 2009, which proved to be an improvement, having peaked within the Top 100 on the Billboard 200.

Still, it wasn’t until 2012 that she received mainstream attention with the release of her third album, Best Days. Her highest-charting album to date, it had entered the Billboard 200 at number fourteen, with more than 16,000 first week sales. Responsible for her rise to fame, it went on to spawn the commercially successful single, Take ME to the King, which topped the Billboard Gospel Songs chart. As of 2018, the album has gone gold with over 500,000 sales across the US.

Since then, the gospel singer has come out with a fourth album titled, One Way. Her first album in four years, it gave rise to a dozen new tracks including For My Good, That’s What He Did, We Exalt Your Name, and Through It All. Supported by two singles, it eventually reached as high as number 45 on the Billboard Top 200 music chart.

Considering her success as a singer, it’s not surprising to know that she’s earned a considerable amount from her music career. With that said, she is involved with several other projects- for instance, she has appeared in several films and TV shows over the years such as Meet the Browns, Tyler Perry’s House of Payne, The Mann’s, and Madea Goes to Jail. On the stage, she has also played various roles in Whats Done in the Dark, I Can Do Bad All By Myself, and Diary of a Mad Black Woman, among others.

She has been married to actor David Mann since 1988.

Does Tamela Mann Have Any Children?

She has four children, Tiffany, Porcia, Tia, and David Jr.

Did Tamela Mann Go to College?

No, Tamela Mann did not go to college. Instead, she chose to pursue a music career.

What is Tamela Mann Famous For?

As a solo artist, Tamela Mann is best known for her third album, Best Days, which gave rise to the hit single, Take Me to the King. A huge success, it went on to garner her a Grammy Award nominations for Best Gospel Music Performance.

She currently lives with her family in Mansfield, Texas.

What Kind of Car Does Tamela Mann Drive?

Details on Tamela Mann’s vehicle are not available.

How Much Money Did Tamela Mann Make Last Year?

Unfortunately, details on Tamela Mann’s annual earnings are unavailable at this time.

As mentioned earlier, she is currently starring in the television shows It’s a Mann’s World and The Manns, the latter of which premiered in 2017.

What’s the gospel singer up to nowadays? If you’re a fan, why not follow her on social media? You can find her on Twitter and Instagram at @Davidandtamela (both accounts are shared with her husband, David). On Facebook, they also have an official fan page, which you can check out here.