What Happened to Christina Grimmie? 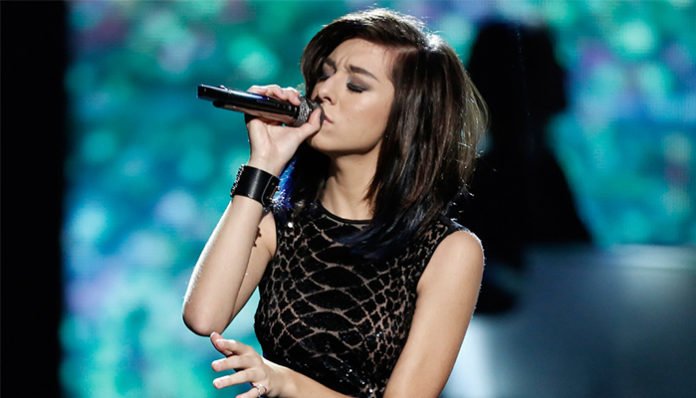 rAn American singer-songwriter, Christina Grimmie had gained attention after competing in the singing competition, The Voice. A YouTube personality, she regularly uploaded cover songs, which had earned her a significant following. Her debut extended play, Find Me was released in 2011. Despite her talents, however, her life was tragically cut short during one of her concert performances in 2016.

On the night of June 10, 2016, the singer had been performing a show at The Plaza Live in Orlando, Florida, as a part of the Before You Exit Tour. Following the performance, a meet and greet event was set up where fans had the opportunity to request autographs with the singer. Not long after the event started, Grimmie was tragically shot by a 27-year-old later identified as Kevin James Loibl. A later autopsy revealed that she had been hit three times- twice in the chest, and once in the head.

Although the gunman was subsequently tackled by Grimmie’s brother, he later broke free and shot himself dead at the scene. According to later reports, Loibl traveled to the concert from his home in St. Petersburg, by taxi with two handguns (as well as ammunition), a hunting knife. Though police believed that he had gone with the intention to commit the crime, no motive was offered. Instead, they stated that he had an “unrealistic infatuation” with the artist.

On June 16, 2016, Grime was buried in a private ceremony at Berlin Cemetery. The following day, a public memorial was held in Medford, New Jersey, where thousands of friends and fans came to pay their respects.

Following her incident, dozens of artists and celebrities expressed their grief in response to her death on social media. For instance, her former coach Adam Levine had written that he was “devastated and heartbroken”, while Selena Gomez, one of her longtime friends, had stated that “[her] heart is absolutely broken.”

Since then, many songs have been written in her memory including Max’s Christina’s Song, Tyler Ward’s A Song for Christina, and Tori Kelly’s Blink of an Eye.

Born on March 12, 1994, in New Jersey, Christina Grimmie grew up with her older brother Marcus in Marlton, where she later went to Cherokee High School. At the age of fifteen, she began recording cover songs, which she uploaded to her YouTube channel. One of her first videos to gain traction was a cover of Miley Cyrus’ Party in the USA. Incredibly talented, she eventually gained more than two million subscribers by 2013.

Two years after creating her YouTube channel, she had come out with her first extended play, Find Me in 2011. Around that same time, she was also invited to perform at events such as the DigiTour and the UNICEF charity concert. Later that year, she performed a rendition of How to Love by Lil Wayne on The Ellen Degeneres Show with Tyler Ward.

In 2014, the singer successfully auditioned for the sixth season of NBC’s The Voice. Coached by Adam Levine, she had ultimately finished third overall, behind runner-up Jake Worthington and winner Josh Kaufman. Following the competition, she signed with Island Records and toured across the country with previous contestants of the show.

In terms of other television appearance, she had also been featured in Dancing with the Stars, TakePart Live, Drama King, and VIP for a day. In 2016, she had also co-starred in a romantic comedy film called, The Matchbreaker, which was released a few months after her death.

That same year, she had released a second album titled, Side A. Produced by Grimmie herself, the EP was made available as a digital download, though physical copies were also sold at her tour appearances and shows. A four-track project, its tracklisting consisted of Without Him, Deception, Snow White, and Anybody’s You.

Following her death, a third EP titled, Side B was released posthumously in April 2017. Revealed prior to her passing, it served as the successor to her 2016 album, Side A. Written and produced by the singer, it contained the songs Snow White, Deception, Without Him, and Anybody’s You.

Known for making public appearances, Grimmie had opened for a number of artists between 2011 and 2016. For instance, she had toured with singers Selena Gomez, and Rachel Platten.

Events Leading Up to Her Death

In 2016, she served as an opening act for Before You Exit’s All The Lights Tour. Ultimately, it was during one of their shows in Orlando, Florida, that she was fatally shot during a meet and greet event. Taken to Orlando Regional Medical Centre, the singer remained in critical condition for many hours prior to succumbing to her injuries at approximately 10:24pm.

A homicide, the gunman was later identified as Kevin James Loibl, a native of St. Petersburg. After being tackled by the singer’s older brother, he had managed to break free and shoot himself dead.