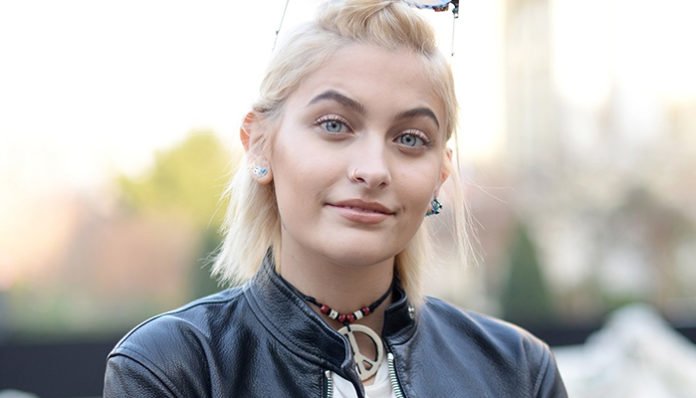 An actress and model, Paris Jackson is the only daughter of the late King of Pop, Michael Jackson. Now in her late teens, she has appeared in a number TV shows over the past years including The X Factor, The Ellen DeGeneres Show, and The Tonight Show Starring Jimmy Fallon. As a young girl, she had also made an appearance in the documentary, Living with Michael Jackson.

Since last year, she has become increasingly involved with the showbiz. Not only did she sign a modeling contract in early 2017, but she had also made her acting as a guest character in Fox’s television series, Star. More recently, she appeared on the big screen for the first time in the comedy film, Gringo.

How wealthy is the 18-year-old now? How much did she inherit from her father? What projects does she have going for her? According to reports, Paris Jackson’s current net worth is estimated to be around $100 million.

How did Paris Jackson Make Her Money & Wealth?

Born on April 3, 1998, in Beverly Hills, California, Paris Jackson is the only daughter of Michael Jackson and Debbie Rowe. One of three children, she has a younger half-brother named Prince Michael Jackson II and an older brother named Michael Joseph Jackson Jr. As a young child, she was brought up at Neverland Ranch. In attempts to hide their faces from the public, she and her siblings often covered their faces during outings in the public.

In 2009, her father, Michael Jackson, was found unconscious in his Holmby Hills mansion. After several unsuccessful attempts at resuscitation, he was pronounced death en route to the UCLA Medical Centre. At the time of his death, he had an estimated net worth of $500 million. According to his will, she will be sharing an inheritance with her brothers when they turn 30 years old. Following the death of their father, the three were also given a shared allowance of $8 million per year.

Since his death, she has appeared in a number of television shows such as The Oprah Winfrey Show, The X Factor, Oprah’s Next Chapter, and The Ellen Degeneres Show. In the recent years, the 18-year-old has also gotten involved with acting. For instance, she had made her TV debut in the musical drama, Star in 2017. Following a guest appearance in the first season, she was promoted to being a recurring character in season two.

Continuing with her acting career, she recently also played a role in the crime comedy film, Gringo. Directed by Nash Edgerton, the cast also included David Oyelowo, Joel Edgerton, Charlize Theron, and Amanda Seyfried, among a few others. Released in theatres on March 9, 2018, it had grossed $7.1 million at the box office.

Aside from her acting ventures, she had also signed a contract with the modeling agency, IMG Models in March 2017.

No, Paris Jackson is not married. In fact, she is currently single, having recently separated from her boyfriend, Michael Snoddy in 2017; the two had dated for less than a year.

Does Paris Jackson Have Any Children?

No, Paris Jackson does not have any children.

Did Paris Jackson Go to College?

After completing high school, she attended a community college briefly before dropping out to pursue other opportunities.

What is Paris Jackson Famous For?

Paris Jackson is best known as the only daughter of the late King of Pop, Michael Jackson. At the time of his death in 2009, she was eleven years old.

She currently lives in a Los Angeles guest house that was owned by her late father.

What Kind of Vehicle Does Paris Jackson Drive?

Unfortunately, we do not have any information on Paris Jackson’s vehicle.

How Much Money Did Paris Jackson Make Last Year?

At this time, we do not have any details on Paris Jackson’s 2017 earnings.

As mentioned earlier, Paris Jackson recently made her feature film debut in the comedy, Gringo, where she played the supporting role of Nelly. Previously last year, she had also appeared in the TV series, Star.

Want to keep up with the actress? If so, why not follow Paris Jackson on social media? You can find the actress on Instagram and Twitter at @(ParisJackson). On Facebook, she also has an official fan page which you can visit by clicking here.