What Happened to Fifth Harmony? – 2018 Update 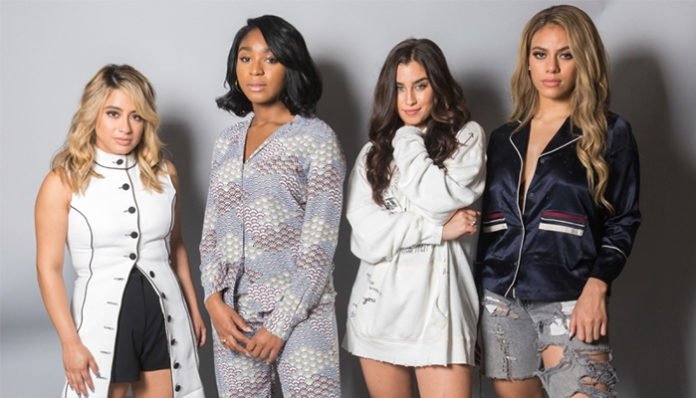 A popular girl group, Fifth Harmony has churned out several hits over the past few years including Worth It, Sledgehammer, and Work From Home. Their debut album, Reflection was released in 2015. Since then, they’ve issued with two additional titles, 7/27 and Fifth Harmony, the latter of which came out in 2017.

What is Fifth Harmony Doing Now in 2018?

Following the release of their eponymous album last year, it was announced in March 2018 that the group would be taking an indefinite hiatus to pursue individual careers. With that said, they will be finishing their current projects first- one of which includes their PSA Tour. Announced in August 2017, it will be continuing until May 16, 2018, in Iceland, where it will then wrap up.

Earlier this year, Fifth Harmony had also appeared in an episode of musical reality competition, Lip Sync Battle, where they performed a medley of songs by artists such as Jennifer Lopez and Selena Gomez.  Speaking of television appearances, they had also been invited as musical guests onto talk shows such as Jimmy Kimmel Live!, The Late Late Show with James Corden, and Live with Kelly and Ryan last year.

Currently, the group consists of four members: Lauren Jauregui, Dinah Jane, Ally Brooke, and Normani. As mentioned above, the girls will be pursuing solo projects as soon as they complete their scheduled shows.

Formed in 2012, the original lineup consisted of Lauren Jauregui, Dinah Jane, Normani Kordei, Camila Cabello, and Ally Brooke. As it had happened, they were put together to form a girl group after auditioning as solo artists on the second season of The X Factor. The first song that they performed together was an acoustic version of Shontelle’s Impossible.

A month after the end of The X Factor, they were officially signed to Syco Music and Epic Records. From there, they built up their following by sharing cover songs on YouTube- many of which garnered praise from the original artists.

In 2013, they released their debut EP titled, Better Together. A pop record with elements of dance, R&B, funk, and power pop, it gave rise to five tracks: Miss Movie’ On, Don’t Wanna Dance Alone, Leave My Heart Out of This, and Better Together, one of which eventually went gold in the US. A solid success, it had charted at number six on the Billboard 200.

Two years later, Fifth Harmony delivered their debut album, Reflection. Featuring Meghan Trainer, Tyga, and Kid Ink, the project revolved around themes of romance, female-empowerment, confidence, and heartbreak. One of the best albums of 2015, it won critical acclaim from countless critics. Upon its release, it had entered the Billboard 200 at number five, with 80,000 sales. Eventually, three singles were spawned: Worth It, Sledgehammer, and Boss, all of which proved to smash hits.

As a follow-up to their debut effort, they released a second album, 7/27 in 2016. A blend of R&B, pop, and tropical house, its track list contained ten songs, a few of which featured artists such as Ty Dolla Sign, Fetty Wap, and Missy Elliott. In the United States, the project had peaked at number four on the Billboard 200, making it the girls’ highest charting album to date. Outside of the US, it had also charted in countries such as Canada, Brazil, Australia, Ireland, and Denmark, among many others.

Finally, they released their third eponymous album, Fifth Harmony in August 2017. Noted for its resemblance to 7/27, it mostly discussed the themes of love, unity, and female empowerment. The group’s fourth top ten entry, it featured ten new titles, including Don’t Say You Love Me, Make You Mad, Lonely Night, Deliver, and Angel. Well received, the album went on to sell over 32,000 copies in the first week alone.

Since their debut, Fifth Harmony has embarked on a number of tours- at least once per year, to be specific. Some of the ones that they previously headlined include The Worst Kept Secret Tour, Fifth Times a Charm Tour, Fifth Harmony Theatre Tour, The Reflection Tour, and The 7/27 Tour. In fact, they are currently on the road as we speak for their PSA Tour, which kicked off back in 2017.

In addition to that, the girls have also served as a supporting act for a few tours in the past. For instance, they toured with Cher Lloyd on her I Wish Tour in 2013, and with Demi Lovato on her Neon Lights Tour in 2014.

As mentioned earlier, the group announced on March 19, 2018, that they would be taking an indefinite hiatus to pursue solo careers. Not wanting to disappoint fans, however, they will be continuing their concerts through the end of the year prior to separating. For now, it has not been revealed what the girls have planned for their individual projects.