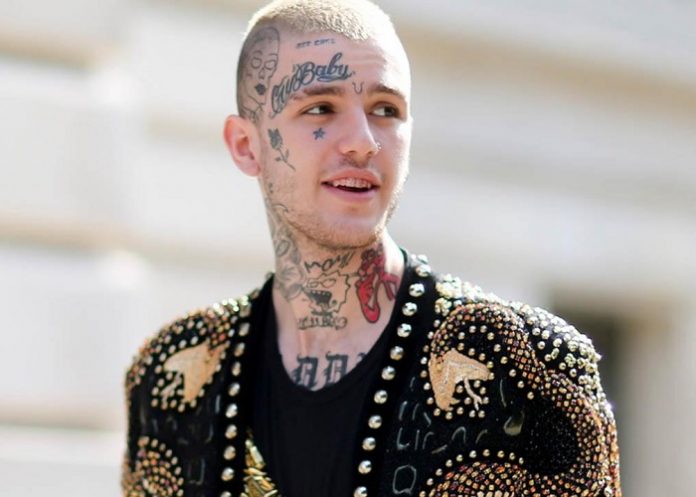 Lil Peep was a celebrated singer and songwriter who was on the verge of Worldwide fame, before his sudden death in November 2017 at the age of 21. Lil Peep, real name Gustav Elijah Ahr, enjoyed a huge rise in popularity in the year before his death, and his genre-defying mix of emo and hip-hop was complimented by his deep and introspective personality. Lil Peep spoke in interviews about his admiration for Kurt Cobain, and already the young artist had been compared to the Nirvana front-man by many in the music industry, but his career was suddenly cut short just as it was taking off, to the shock of all who had followed him.

The death of Lil Peep at such a pivotal moment in his career hit headlines around the World, and his cult following grew into Worldwide fame, with millions more admiring his talent and work as they heard about his death. But what exactly happened to Lil Peep? And how was his life and career cut short in such a tragic fashion?

Lil Peep was born in Allentown, Pennsylvania on November 1st, 1996. His parents were both Harvard graduates and also worked in education, his dad Karl was a college professor and mom Liza was a first-grade teacher. Lil Peep constantly got good grades, at both elementary school, and then later at Long Beach High School in Lido Beach, New York. But despite his obvious intelligence he rarely attended school, and later dropped out of high school, eventually earning his diploma through online courses.

Lil Peep showed a great interest in both fashion and music from an early age. He learned to play the tuba and trombone, and at the age of 17, he moved to Los Angeles to begin a career in the music industry. Lil Peep was inspired by the LA underground rap scene and in particular the growing popularity of new artists on Soundcloud and Youtube. He started out with a $200 microphone from Guitar Center, plugged it into a MacBook and just started recording. His first mixtape, ‘Lil Peep Part One’ instantly set him apart from the crowds of other artists doing exactly the same thing, it generated thousands of views within a week and no-one could decide quite what genre Lil Peep’s music fell under.

Lil Peep was, at various times, described as ‘An emo rapper’, a ‘Soundcloud rapper’ and a ‘Lo-fi’ rapper, but in reality, he was all of those things, and also uniquely different. Lil Peep sang from the soul, and he was a tortured soul in many ways. A lifelong depressive, he was also a compulsive drug-user, and his lyrics reflected that. His songs focused on love, drugs, depression, and very often death. His heartfelt understanding of the darkness inside himself endeared him to the emo scene, but his originality and his unique image won him an almost cult-like following.

Lil Peep’s early time in LA was often spent at the Skid Row apartment he shared with his girlfriend at the time, Layla. In between zoning out in a drugged-out haze, Lil Peep was a prolific worker, he compulsively worked on new tracks every day, and after the release of ‘Feelz’, and his second mixtape ‘Live Forever’ in 2015, he finally was earning enough from his music to move out of Skid Row.

Lil Peep moved to an apartment in Echo Park in LA in mid-2016, and it was there that he created the vast majority of his commercially released music. He released ‘Crybaby’ and ’Hellboy’ that year, two full-length mixtapes that won him critical acclaim and a slew of new fans, and by early 2017 Lil Peep was beginning to break into almost mainstream success, with profiles of the rising young star being published in the music press.

By October 2017 Lil Peep was touring nationwide across the United States in a series of sell-out tours. He had built up a following that was approaching millions, and he had four million views on Youtube alone. His commercially produced work was being lauded by the music industry due to its uniqueness and originality, and his band of fans could easily be described as fervent supporters of his work. Lil Peep was rising in popularity at a rate that would guarantee him World-wide recognition and a net worth of millions within a year, but his personal demons and extravagant lifestyle ended his career just as it was beginning to take off.

On November 15th, 2017, Lil Peep was due to perform in Tuscon, Arizona. Before the concert, he took a nap, and his manager had checked on him twice and he was fine. When his manager had checked on him a third time he had found that Lil Peep was not breathing, he performed CPR on the rapper until medics arrived, but they were unable to save him, and he was pronounced dead at the scene.

Lil Peep had been posting on Instagram earlier that day and had claimed to have taken six Xanax pills, as well as hallucinogenic mushrooms and marijuana concentrate. One of his last Instagram posts had come complete with the caption ‘When I die, you’ll love me’, which although poignant in retrospect, was not that unusual for the persona that Lil Peep projected to his fans. Lil Peep had admitted that his public image was ‘exaggerated’, and excessive drug use, as well as thoughts about his own mortality, were regular themes of Lil Peep’s social media outpourings. His death was sudden and shocking, and his fans were beside themselves with grief, but an early death was something that Lil Peep had always explored through his lyrics and music.

Lil Peep’s death was news across the World, and many candlelit vigils were held in his memory across the globe. He gained millions of new fans posthumously, and his Youtube channel has now accumulated over 344 million views. His death also raised awareness of the dangers of Xanax and excessive drug use and brought the issue of depression into the media spotlight. His prolific work-rate has led to many pre-recorded songs and collaborations being released since his death, and his social media accounts, on Youtube, Soundcloud and Facebook are maintained by his mom Liza, so fans can share their memories of one of the brightest stars of modern times.