What Happened To Brendan Fraser? – 2018 Update 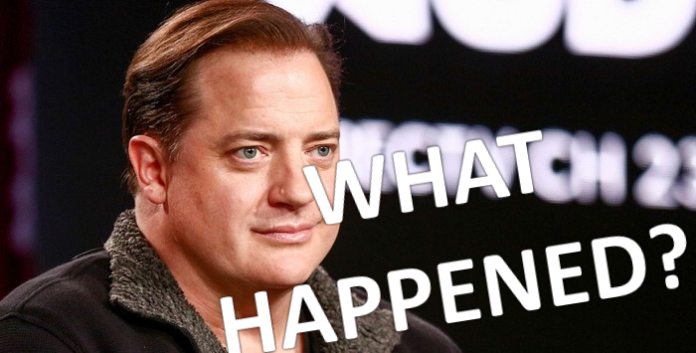 After rising to fame in the middle of the last decade, Brendan Fraser seems to have disappeared from the face of the planet. I recently stumbled upon his pic and knew I recognized the guy from somewhere, but I couldn’t quite pin it down. Probably because it’s been around 10 years since I last saw him. Which made me wonder, what happened to Brendan Fraser?

He was born in Indianapolis to Canadian parents in 1968. During his childhood, he switched residences often, together with his family. He lived in Seattle, Ottawa, and even overseas, in the Netherlands and Switzerland. After graduating from College of the Arts, he started his career by doing small gigs in New York City.

His debut was a short appearance in an episode of America’s Most Wanted, where he played a friend of Rodney Peterson, a murder victim. His actual film debut was in Dogfight. Finally, he landed a lead role in 1992, in Encino Man. He continued starring in movies, trying to break through. Fraser starred in School Ties with Matt Damon and Chris O’Donnell, Airheads with Adam Sandler and Steve Buscemi, and several others. 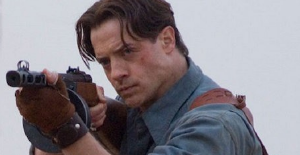 But it wasn’t until 1997 that he had an actual big success. He starred in George of the Jungle, which was a box-office success. He followed it up with The Mummy and The Mummy Returns, both of which are well-known and successful movies.

Between the two, he also starred in Dudley Do-Right, Blast from the Past, Bedazzled, and Monkeybone, but none of those amounted to anything significant. After The Mummy’s sequel, his popularity saw a rise. Brendan starred alongside the legendary Michael Caine in The Quiet American, and then made an appearance in Crash.

Other than making some TV shows appearances, however, he started to disappear. Fraser was nowhere to be seen. Then, six years later, he returned to take the lead role in The Mummy: Tomb of the Dragon Emperor. He did fiddle around with some other roles but went on a hiatus once more. 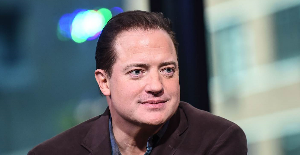 In late 2007, he divorced from his wife, Afton Smith. The couple married in 1998 and had three sons together. That, combined with his alleged sexual assault by Phillip Berk (although Berk denies it), made Fraser depressed. Combined with several health issues and injuries he sustained, it was more than enough to cause himself to distance, and his career to take a downturn. He was forced to undergo lots of surgeries, partially replacing his knee, having a laminectomy and a vocal chord surgery.

Fraser said that he was “put together with tape and ice” at the time that he was filming the latest The Mummy sequel. And while he did stay in the industry for the next few years, not much was heard about him.

What Is Brendan Fraser Doing Now in 2018

Fraser resurged in 2016 when it was announced that he will replace Ray Liotta (who portrayed Henry Hill in The Goodfellas) in The Field, an upcoming Bollywood movie. The Field is a crime movie telling the story of a dysfunctional mob family. The movie is set to be released this year. He also joined The Affair, a drama TV Series, during the shows’ 3rd season. Fraser portrayed Gunther, who was a prison guard. 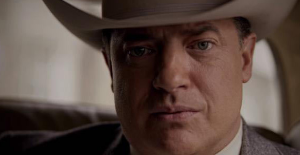 And most recently, Fraser is set to portray James Fletcher Chace in Trust. Trust premiered just a week ago, and the debut season focuses on the abduction of John Paul Getty III. Fletcher Chace is an ex-CIA agent, working as a fixer for the Getty family, who didn’t play a large role in the first episode, but is expected to appear much more in the future.

So, rejoice if you’re a Fraser fan because he seems to have returned to our screens. I personally can’t wait to see more of him in Trust, and I might even catch The Field once it’s released.