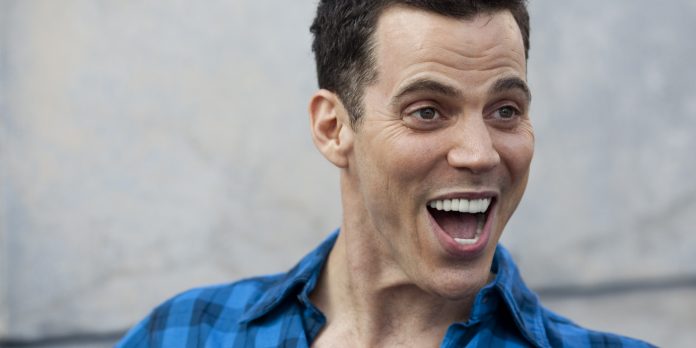 Steve-O is probably still best known as one of the original Jackass crew. The stuntman was famous for taking on stunts that others thought were too stupid, too dangerous or both. In recent years he has been seen less and less, which is a real shame. After years of drug and alcohol abuse, he was institutionalized back in 2008, which put a real dampener on his career. He has been clean for ten years now and has been very vocal in a number of important causes.

So let’s dig in and find out exactly what Steve-O has been doing this last while.

In contrast to my Bam Margera article yesterday, Steve-O looks like he is doing very well these days. It has been ten years since Knoxville and a few big fellas came to throw him into a psychiatric hold, and he is still sober. He announced it on his Twitter a few weeks back, and ten years is an impressive feat for any addict. He has not been idle in that time, holed up and staying away from the world. He has been keeping a well updated Twitter account and a regularly updated Youtube account for those looking for a more intimate look at his life.

When it comes to film though he has been noticeably absent in the last few years. There are a number of credits to his name, but mostly they are documentaries, or he is playing a fictional version of himself. Steve-O has been very active in the animal rights movement, to the point of incarceration in the past. He is passionate about animals and does a lot to increase awareness, including getting a vasectomy in solidarity with his recently adopted dog. Speaking of the dog, he adopted it from Peru, while appearing on a YouTube reality show. He along with a few others were tasked with scaling a mountain. It’s well worth checking out if you are a fan.

For fans of the wild hijinks of Steve-O and Chris Pontius back in the mid-2000s, Steve-O recently teased a return of Wildboyz, a Jackass like a stunt show centered around dangerous animals. I watched a bit of it back in the day, and while it was a little more hit and miss than Jackass, I would still welcome a return of the show. 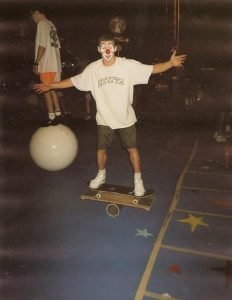 Stephen Glover, better known as Steve-O, was born on June 13, 1974, in London. His father was a business executive, and as a result, moved around a fair bit, living in Brazil, England, and the US before settling down. He turned to comedy at a young age, as a coping mechanism, and as a fast way to earn friends. It worked, and he thus he started honing his craft.He started skating and recording his attempts on the board. He never had any real talent for it, and soon gave up the hobby, but he continued to film his outdoor hijinks, recording numerous skits and stunts throughout high school. He attended the University of Miami for a year before dropping out, figuring that there was nothing in the college that interested him. He enrolled instead with the Ringling Brothers and Barnum & Bailey Clown College. Not kidding.He graduated from Clown College in 1997 and began working as a clown in a flea market. He was still making videos of his exploits, and somehow one of those videos made its way West, and into the hands of Jeff Tremaine, while he was putting together a crew for what would become known as Jackass. He and Knoxville few out to the flea market, and added Steve-O to their growing crew. Steve-O became famous for taking on some horrifying stunts, stapling his face, bobbing for jellyfish or jumping into a vat filled with rotten offal.
The success of Jackass allowed Steve-O to put on a road show, called the Don’t try this at Home Tour, performing a variety of stunts live for audiences all over the world. 2002 marked the first Jackass film, which was a huge success, leading to a spin-off show, Wildboyz. Wildboyz was a hit, running for four seasons.By late 2006 Steve-O’s behavior was growing more and more erratic. Years of drugs and alcohol were taking their toll, and the failure of his reality show another issue for him to contend with. In 2008 Knoxville convinced him to attend rehab and get clean. He spent time in a mental health clinic.By 2009 Steve-O was a changed man. he was clean for the first time in years and ready to work again. He appeared in celebrity reality shows, including Dancing with the Stars, and while he wasn’t much of a dancer before the show, he managed to stay on for six weeks.2009 also saw the release of the MTV documentary, Steve-O: Demise and Rise.
The final Jackass film, Jackass 3D, was released in 2010, with Steve-O featured yet again. These days he tours with a live show, combining comedy and stunts, and released a book, Professional Idiot: A Memoir.
Share
Facebook
Twitter
Pinterest
WhatsApp
Previous articleWhat Happened to Bill Paxton?
Next articleStitches Height, Weight, Age & Girlfriend in 2018