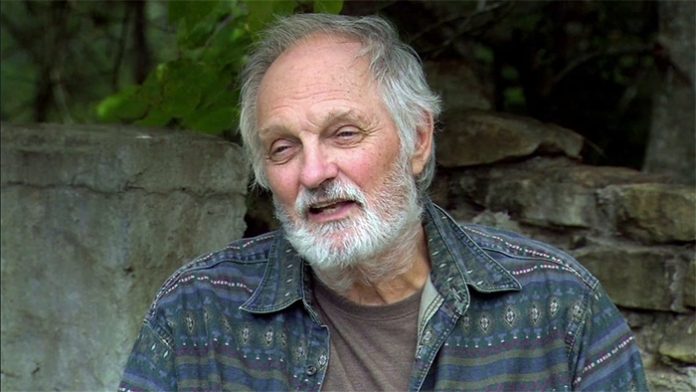 An award-winning actor, Alan Alda is best known for playing Captain Hawkeye Pierce in the long-running series, M*A*S*H. Some of his other noteworthy credits include The West Wing and Scientific American Frontiers, the latter of which he hosted for 14 years.

In the years since, he has acted in several other titles including The Big C, Horace and Pete, and The Blacklist, the latter of which earned him a Primetime Emmy Award nomination for Outstanding Guest Actor. Most recently, he played the part of Solomon Waltzer in the political drama, The Good Fight.

How wealthy is he, considering the number of years that he’s worked in television? How much was he paid for his appearances in M*A*S*H? For his recent roles? According to sources, Alan Alda’s current net worth hovers at around $40 million. Where did the majority of this fortune come from? We’ll be taking a closer look at some of his accomplishments below.

How did Alan Alda Make His Money & Wealth?

Born on January 28, 1936, in New York City, Alan Alda got involved with acting during his junior year of high school. Not only was he a member of Compass Theatre, but he also joined the Cleveland Play House. Some of the plays that he took part in include To Dorothy a Son, The Owl and The Pussycat, The Apple Tree, the last of which earned him a Tony Award nomination.

By the 1960’s, he had branched out to television. Some of his early credits include The Twilight Zone, The Doctors and the Nurses, Coronet Blue, Playmates, and The Trials of O’Brien, all of which saw him in minor roles. Ultimately, it wasn’t until the next decade that he rose to fame in the comedy-drama, M*A*S*H.

Cast as one of the main leads, he played the part of Captain Benjamin Pierce aka “Hawkeye.” Hugely popular, the show drew in millions of viewers every week; for his portrayal of the chief surgeon, Alda won numerous accolades including an Emmy Award for Outstanding Lead Actor in a Comedy Series, among many others (some of which went toward his writing and directing efforts).

How much was he paid for the role? One of the highest paid TV actors at one point, Alda is said to have received a weekly salary of $200,000 during the 1980’s. Doing the math, this would easily work out to be in a million per year.

Aside from M*A*S*H, the actor has starred in several other titles including Kill Me If You Can, and And the Band Played On. In the 2000’s, he also played the part of Senator Arnold Vinick in the political drama, The West Wing, a portrayal that went on to earn him a Primetime Emmy Award for Outstanding Supporting Actor.

Some of his more recent roles include Alan Fitch in The Blacklist, Uncle Pete in Horace and Pete and Solomon Waltzer in The Good Fight.

Though best known for his TV career, Alda has also worked on many films over the past few decades including The Aviator, Flash of Genius, The Longest Ride, and Mad City, to name a few.

Yes, he has been married to Arlene Alda since 1957.

Does Alan Alda Have Any Children?

Yes, he has three daughters named Eve, Elizabeth, and Beatrice.

Did Alan Alda Go to College?

Yes, he did. After graduating from high school, he attended Fordham University, from which he received his Bachelor’s degree in 1956.

What is Alan Alda Famous For?

More recently, he also gained attention as Arnold Vinick in the political drama, The West Wing.

Unfortunately, we do not have any information on Alan Alda’s current location at this time.

What Kind of Car Does Alan Alda Drive?

Details on Alan Alda’s vehicle are not available.

How Much Money Did Alan Alda Make Last Year?

At this time, we do not have any information on Alan Alda’s annual salary.

Earlier this year, he made a couple of appearances as Solomon Waltzer in the TV series, The Good Fight. According to IMDb, the actor will be appearing in two upcoming documentaries, one of which is titled Pakula: The Whole Damn Thing.

Want to keep up with the actor online? Did you know that you can find Alan Alda on social media? That’s right- he’s active on Twitter at @AlanAlda! If you want to show your support on Facebook, you can also give him a like on his official fan page here.