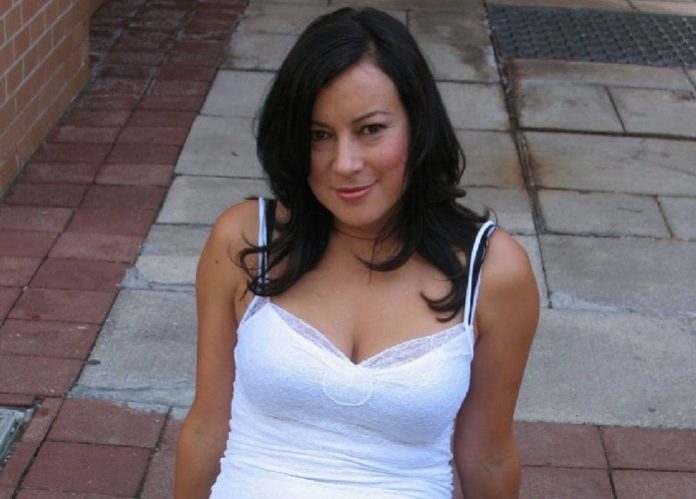 Jennifer Tilly first became famous for her award-nominated role as singing waitress Blanche ‘Monica’ Moran in the 1989 romantic comedy-drama ‘The Fabulous Baker Boys’. But after regular appearances in films and TV shows for several years before that, she was already a recognizable face on our screens. Jennifer is also a familiar voice, her voice acting abilities are greatly in demand for the breathlessly seductive tones that she effortlessly takes on.

But Jennifer’s commitment to acting during the last decade has been challenged by another ambition, the desire to become a professional poker player. Since her relationship with top high-stakes player Phil ‘The Unabomber’ Laak began in 2004, she has regularly participated in games with some of the top poker stars in the World, and Jennifer has proved that she’s no sexy-but-dim character like many of her on-screen roles, and she’s not just another rich celebrity who is easy prey for the top professionals, instead she possesses a natural killer instinct for the game.

But how much has Jennifer Tilly earned through the combination of her acting work and her successful second career in professional poker? Read on to find out.

How Did Jennifer Tilly make her money & wealth?

Jennifer Tilly was born in Harbor City, Los Angeles on September 16th, 1958. Her father Harry, a used car salesman, and Canadian mother Patricia, a former actress and school teacher, divorced when she was five, and she grew up in the quiet surroundings of Texada Island in British Columbia, Canada, with her mother and stepfather John.

Jennifer showed an early interest in theater and performing, often persuading her brother and two younger sisters to act in plays that she had written. She graduated from Stephens College in Missouri, where she won several writing competitions, with a Bachelor of Arts degree in Theater. She followed her dreams of stardom to Los Angeles and by 1983 she was winning some small roles on TV and in movies.

Jennifer had a recurring guest role on Hill Street Blues as a mobster’s widow for six episodes in 1984, and she appeared in several other hit TV shows, such as Cheers, Moonlighting and Remington Steele, but in 1989 her appearance as tone-deaf Monica in The Fabulous Baker Boys raised her profile considerably. She was nominated for an American Comedy Award for Funniest Supporting Actress for the part, and she had a major role in the comedy film ‘Let it Ride’ starring Richard Dreyfuss the same year.

In 1994 she was once again playing someone far less talented than her real-life self, this time a terrible waitress in ‘Bullets over Broadway’, the highly-acclaimed black-comedy from Woody Allen. The film received seven Academy Award nominations, one of them for Best Supporting Actress for Jennifer, but the award eventually went to her co-star Dianne Wiest. Jennifer’s career took off after that, with a big role alongside Jim Carrey in the comedy-drama ‘Liar Liar’ in 1997, and a memorable performance as serial killer Tiffany Ray in the 1998 horror ‘Bride of Chucky’. Her voice acting career took off too, in 2001 she provided the sultry tones of ‘Celia Nae’ in the hugely successful animation ‘Monsters, Inc.’, which took over $570 million at the box office, and in 2004 she was back as Tiffany in ‘Seed of Chucky’.

2004 was also the year that Jennifer began a relationship with Phil Laak, one of the most feared high-stakes poker professionals of all. Known within the Poker World as the ‘UnaBomber’, due to his ability to strike without warning and destroy his target, Phil was soon insisting that Jennifer try her hand in the professional poker sphere, but it wasn’t just flattering his girlfriend that motivated his decision. Phil has always said that Jennifer, an enthusiastic amateur when he met her, was a natural at the game, and his opinion was soon proved to be entirely correct.

In June 27th, 2005 Jennifer managed to win Poker’s most sought after and revered prize, a World Series of Poker (WSOP) Bracelet, in the Ladies’ No-Limit Texas Hold’Em tournament. She picked up $158,000 in winnings with the bracelet, and beat a field of 600 other players to take the first prize. Somewhere along the line Jennifer also picked up her own poker nicknames, ‘The Unabombshell’ was one, although ‘J Tilla the Killa’ was another label that her frighteningly good poker instincts quickly earned her.

Since then Jennifer has earned a reputation as a consistently top-class poker player, her ditzy antics at the table often mask a phenomenal hand, and Jennifer Tilly is widely considered a formidable opponent, even by seasoned professionals. In 2005 she remarked in an interview that poker had taking priority over her acting work, but in December 2008 she announced that she was retiring from her professional poker career, as there were just too many variables to consider. She remarked at the time, in that innocent-sounding squeaky voice no less, that ‘Trying to find validation in poker was like trying to find a virgin in a whorehouse’.

Just over one year later, in January 2010, Jennifer was unable to resist the thrill of the cards and was back at the tables as a professional, and now in 2018, she has accumulated live tournament winnings of $992,000 during her career. She has achieved 13 money finishes with the WSOP, and another 11 with the World Poker Tour (WPT).

Jennifer was married to ‘The Simpsons’ producer Sam Simon in 1984. The couple divorced in 1991 and she was in a relationship with actor Lou Diamond Phillips for a few years in the early 1990’s, briefly becoming engaged to him. She met her current boyfriend Phil Laak in 2004. They met in Las Vegas during the World Poker Tour’s Celebrity Event. Jennifer was already a keen amateur poker player when they first met, but it was Phil that convinced her to finally try her skills at a professional level.

Jennifer and Phil live in the Sepulveda Pass mountains near Los Angeles. The exact details of their home are not on the public record, but on December 6th, 2017 Jennifer tweeted that she had been forced to evacuate her home due to the ‘Skirball’ wild-fire. Fortunately two days later she confirmed that her home had had a close escape, and been left unscathed after fire-fighters managed to divert the blaze away from the area.

Jennifer Tilly has been nominated for numerous awards for her acting and voice-over work. In 1996 she won the Best Actress award at the Fantasporto Film Festival for her role as Violet in the noir crime thriller ‘Bound’, and two years later she won the same award for her work in ‘Bride of Chucky’. She was honored with the GLAAD Media Golden Gate Award in 2006, and in 2007 she won the Best Actress award at the San Diego Film Festival for the role of Jane in the independent British film ‘Intervention’, starring Charles Dance and Andie MacDowell. In 2006 CardPlayer magazine named her the Best Celebrity Player of the Year.

Jennifer tweets regularly about her life, the constant fun she appears to be having with Phil, her regular visits to Canada, and her sister Meg, who is also an actress, to her 80,000 followers. Recently she has been enjoying the attention of fans of the ‘Chucky’ horror franchise after she reprised the role of Tiffany a third time in ‘Cult of Chucky’, which was released in late 2017.