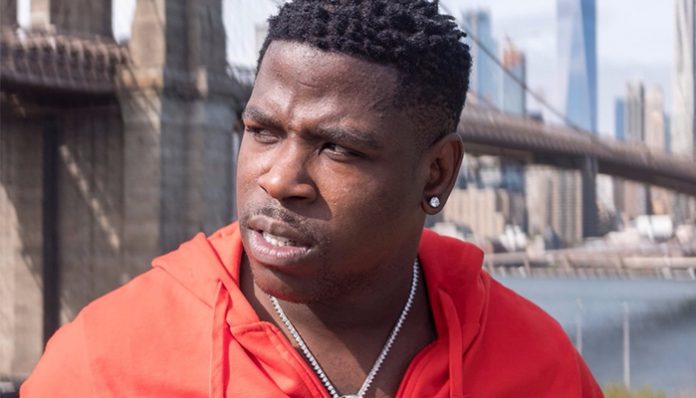 A Brooklyn rapper, Casanova first gained buzz for his debut single, Don’t Run in 2016. Since then, he has released several other tracks including The Old 50, Go Best Friend, Line Me, Set Trippin and Set Trippin. Most recently, he dropped a mixtape dubbed, Be Safe Tho in 2017.

Despite having spent most of his adult life in and out of prison, he has successfully made a name for himself in the rap scene. On SoundCloud alone, the emcee has amassed more than 10,000 followers. Similarly, his music videos have garnered him over 25,000 subscribers on YouTube. Don’t want to miss out on his latest releases? Be sure to give him a follow!

With all that said, how is he doing for himself nowadays? How much has he pulled in from his musical endeavors? According to various sources, Casanova has amassed a net worth of around $2 million as of 2018. What are his biggest streams of revenue? Let’s take a look.

How did Casanova Make His Money & Wealth?

Born on October 27, 1986, in Brooklyn, New York, Casanova grew up in the Flatbush neighborhood, where he got into the gang life at a young age. After dropping out of school in the eighth grade, he spent many years on the streets, before being sent to prison in 2006. Ultimately, it wasn’t until 2016, a couple of years after he was released, that he started to mess around with music.

His debut single, Don’t Run was later dropped on June 9, 2016. Produced by NY Bangers, the song quickly gained traction, after receiving heavy radio play. Within a few weeks, the rapper released an accompanying music video on YouTube. Responsible for his rise to fame, the MV has since been played nearly 3 million times.

As one thing led to another, he eventually landed a music deal with Roc Nation. Since then, the Brooklyn rapper has come out with many tracks including Set Trippin, Left, Right, Come Thru, The Old 50, and Go Best Friend. Last January, he even released a remix of Don’t Run, which featured guest vocals from Dave East, Don Q, Young M.A., and Fabolous.

As far as multi-track projects go, he released his debut mixtape, Be Safe Tho on March 17, 2017. Featuring Young Lo and Chris Brown, it gave rise to eleven tracks including That One, Decline, Man Down, Line Me, and Stick and Move. Available for streaming online, the playlist has already racked up hundreds of thousands of plays on SoundCloud.

In terms of other recent events, the rapper had taken part in The Party Tour last year, which ran from March to May 2017. Named after Chris Brown’s single, Party, the tour was a collaboration with many other artists including 50 Cent, Chris Brown, O.T. Genasis, French Montana, and Future, among a few others.

As you can probably expect, most of Casanova’s income comes from his musical releases. From time to time, however, he also puts on concerts, which serves as another source of revenue for the rapper.

According to his official website, he will also be launching an official merchandise store sometime in the near future.

No, Casanova is not married. As of 2017 however, he is in a relationship.

Does Casanova Have Any Children?

Yes, he has two children- a daughter and a son, from previous relationships.

Did Casanova Go to College?

No, Casanova has not gone to college. As far as we know, he hasn’t returned to school since he dropped out during the eighth grade.

What is Casanova Famous For?

Casanova rose to fame with the release of his debut single, Don’t Run in 2016. To date, the song has picked up nearly 3 million streams on YouTube.

Where Does Casanova Live now? Pictures of Casanova’s House

Casanova currently lives in Brooklyn, New York. Unfortunately, that’s the extent of the information that we have at this time.

What Kind of Car Does Casanova Drive?

Details on Casanova’s vehicle are not available.

How Much Money Did Casanova Make Last Year?

At this time, we do not have any information on Casanova’s annual salary.

As mentioned earlier, the Flatbush native recently released a debut mixtape titled, Be Safe Tho. Earlier this year, he also dropped a few singles- 808, Hunned Bands, Set Trippin, and Gripped UP. For those who are interested, most of these songs can be streamed on his Soundcloud account.

Want to know what’s he up to? How about following Casanova online? You can find him on Instagram and Twitter at @Casanova_2x. On Facebook, you can also support the rapper by giving him a like on his official fan page. While you’re at it, don’t forget to also check out his official YouTube channel for his music videos and more.