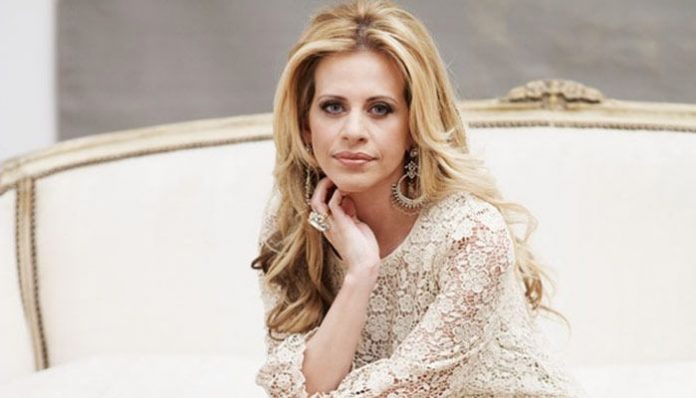 A television personality, Dina Manzo is perhaps best known for her appearances on The Real Housewives of New Jersey. One of the original housewives, she was introduced in the first season alongside Danielle Staub, Teresa Giudice, Caroline Manzo, and Jacqueline Laurita. In the end, she remained on the show for two seasons, before making her exit in 2010.

What has she been up to since RHONJ? Has she appeared in any other TV shows over the past couple of years? What’s she busy with nowadays? Hopefully, we’ll be able to answer these questions for you below- so be sure to keep reading!

What Happened to Dina Manzo? 2018 Update

After starring on The Real Housewives of New Jersey for two years, it was announced that she would not be returning for the third season. Fast forward to 2018, and the show has continued on for several additional seasons. As you can probably expect, many cast members have left and joined over the years.

With that said, many fans didn’t expect to see Danzo return to the series- that’s right, she recently came back as a “friend” for the eighth season, which premiered in late 2017. In addition to her, the latest season also featured Dolores Catania, Siggy Flicker, Margaret Joseph, Teresa Giudice and Melissa Gorga.

What else has the blonde been up to these days? Looking at her IMDb page, it would appear that she’s also made a couple of appearances in the TV programs, Home & Family and FabLife over the past two years. In fact, she even took on a small acting role in the Daytime Emmy Award-nominated drama series, Tainted Dream, which starred Walt Willey, Michael Lowry, and Alicia Minshew, in 2016.

As far as other news go, headlines were made last year after she fell victim to a violent home invasion. According to reports, Danzo and her boyfriend, David Cantin, were confronted with two assailants inside their New Jersey abode after returning home one night, one of whom attacked them several times with a baseball bat. Tied up, the owners sat helplessly as the suspects ransacked the house for cash and jewelry. Fortunately, neither of them were seriously injured in the incident.

Following the incident, the couple returned to Los Angeles. Understandably shaken, their healing process has proved to be a long journey, although they’ve been “getting better day by day,” according to their attorney. Not only did Danzo receive tons of support from her family, but she’s also received a lot of love from her friends, especially her bestie, Teresa Giudice.

Born on March  7, 1972, in Brooklyn, New York City, Dina Manzo grew up with her ten siblings in New Jersey. Unfortunately, not much is known about her early life at this time. In 2005, she launched a boutique event planning company called Designer Affair (which she runs to this day).

A few years later, it was announced that she would be starring in The Real Housewives of New Jersey alongside her sister Caroline, brother Chris, and sister-in-law Jacqueline. Introduced in the first season, they were joined by Teresa Giudice, Danielle Staub, and Dolores Catania. Responsible for her rise to fame, the series premiere was a big success, having drawn in more than 1.7 million viewers in the U.S.

Still, she only stayed for two seasons. Ultimately, it wasn’t until 2017, nearly a decade after the show first premiered on television, that she came back on The Real Housewives of New Jersey– this time as a “friend.”

During her time on RHONJ, she also hosted her own reality show called, Dina’s Party. Premiered in 2012, it followed the interior designer as she and her team worked to create lavish events for their clients’ homes. By the time the series ended in 2014, over two dozen episodes had aired on HGTV.

In addition to RHONJ and Dina’s Party, she has appeared in several other television programs including Iron Chef America: The Series, Who Wants to Be a Millionaire, Mad Fashion, Celebrities at Home, and Oprah: Where Are They Now?. Most recently, she was invited to Home & Family and FabLife in 2016. That same year, she played a small role in the Primetime Emmy Award-nominated drama series, Tainted Dreams (she appeared as Alessandra DiGiacomo in the episode, “Let’s Fill the Void”).

In the past, she also ran a YouTube channel. Although it’s no longer active (i.e. she no longer uploads new videos), you can few her past uploads here.

In terms of other ventures, she is also the founder of Project Ladybug, an organization that aims to help children and their families, who are undergoing rigorous medical treatments. For more information, you can visit their website at projectladybug.org.

To sum up, Manzo’s focus hasn’t been on television in the recent years. If anything, she has been kept busy with her interior design company. Will she be returning to the small screen in the near future? Only time can tell.