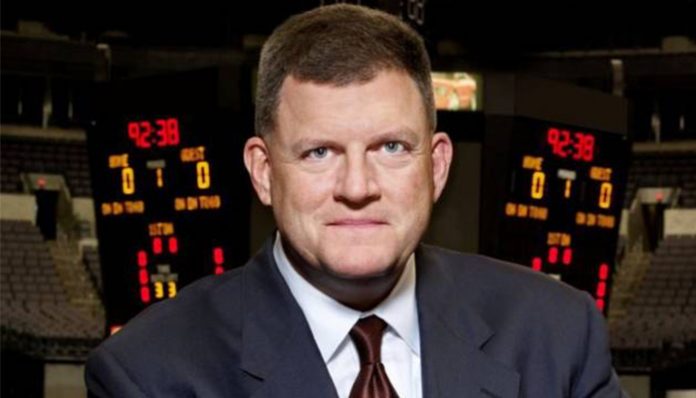 A successful businessman, Clay Bennett is best known as the owner of the NBA team, Oklahoma City Thunder. The head of the Professional Basketball Club, he had purchased the franchise for $350 million in 2006, back when they were still called the Seattle Supersonics. Today, the team plays its home games at the Chesapeake Energy Arena, located in downtown Oklahoma City.

Prior to purchasing NBA’s Oklahoma City Thunder, he worked with several businessmen to relocate the New Orleans Hornets following the events of Hurricane Katrina. In the end, they had temporarily relocated to Oklahoma City.

Considering hs investments, how rich is he? How much has he pulled in from the NBA? How many sources of income does the businessman have? What can we expect to see from him in the near future? According to various sources, Clay Bennett has amassed a staggering net worth of $400 million as of 2018. We’ll be looking at some of his career highlights below.

How did Clay Bennett Make His Money & Wealth?

Hailing from Oklahoma City, Oklahoma, Clay Bennet has been involved with the NBA since the mid-90’s. More specifically, he was a co-owner of the San Antonio’s, where he spoke for the group at the Board of Governors, who oversaw the organization. Unfortunately, other than the fact that he attended the University of Oklahoma, not much information is available on his early life.

Not long before the 2005-2006 season, Bennet along with a few others, worked with Oklahoma City to provide a guarantee of revenue for the NBA team, New Orleans Hornets. Following Hurricane Katrina in 2005, they temporarily relocated to Oklahoma City, where they played for a couple of seasons.

In 2006, The Professional Basketball Club, an investment group that Bennett led, purchased the Seattle Supersonics from an American businessman, Howard Schultz for $350 million. With that, he also promised to allow the team to stay in Seattle, given that they would have a new arena. Despite this, however, the plan ultimately fell through after they were unable to raise $500 million for the building of a new arena. As a result, he made the decision to move them to Oklahoma City.

In 2008, he made his plan known to the public. After receiving approval from NBA owners, he officially moved the NBA team from Seattle to Oklahoma City in the summer of 2008.

As you can probably expect, most of Bennett’s fortune comes from his work with The Professional Basketball Club and Oklahoma City Thunder (Formerly the Seattle Supersonics).

In addition to that, however, he has several other ventures- for instance, he is also the chairman of the Dorchester Capital Corporation, as well as the Oklahoma Heritage Association.

Since 1981, he has been married to Edward L. Gaylord’s daughter, Louise Gaylord Bennett. High school sweethearts, the two had met while he was in his second year.

Does Clay Bennett Have Any Children?

Yes, the pair has two daughters and a son together named, Christine, Graham, and Mollie.

Did Clay Bennett Go to College?

Yes, sometime after completing his high school education, he attended the University of Oklahoma.

What is Clay Bennett Famous For?

Clay Bennett is best known as the owner of the Oklahoma City Thunder (formerly the Seattle SuperSonics), which he purchased in 2006. After the team was relocated to Oklahoma, they also changed their name.

Unfortunately, we do not have any information on Clay Bennett’s location at this time, nor do we have any photos available.

What Kind of Car Does Clay Bennett Drive?

Details on Clay Bennet’s vehicle are not available.

How Much Money Did Clay Bennett Make Last Year?

At this time, we do not have any information on Clay Bennett’s annual salary.

Earlier this 2017-18 season, his Oklahoma City Thunder team lost 2-4 to the Utah Jazz during the first round of the playoffs. Last season, they also failed to advance past the first round, after having lost to the Houston Rockets.

Unfortunately, it doesn’t look like Clay Bennett is active on social media. With that said, you can show your support for his Oklahoma City Thunder team by liking their Facebook page here. Of course, you’ll also find their latest news and announcements there as well!