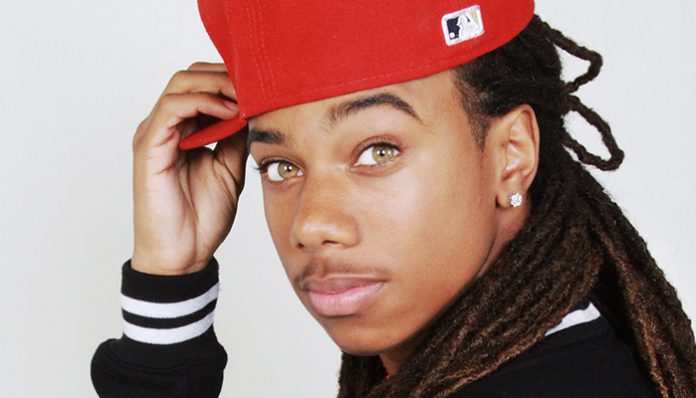 An Atlanta-based rapper, Issa Thompson is perhaps best known for his mixtapes Back to the Future and King Issa. Some of his most popular tracks include Jacquees – B.E.D. (ISSA Freestyle), Nu Nu, Life Goes On, and Soul Food, all of which are available for streaming on SoundCloud. As far as collaborations go, he has worked with the likes of Cydnei Chyan, Omega Da Kid, and Kap G, among several others.

Speaking of the audio-sharing platform, he has already amassed over 3,900 followers on the site. For those who’d like to stay up-to-date with his latest releases, be sure to give him a follow!

Has he managed to make it big as a rapper? How much has the twenty-something pulled in from his mixtapes and singles so far? What can we expect to see from the artist this year? Unfortunately, at this time, we do not have any information on Issa Thompson’s 2018 net worth. What we will be going over, however, are some highlights of his rap career- stick around if you’re interested.

How did Issa Thompson Make His Money & Wealth?

Born on September 22, 1994, in Washington, D.C. Issa Thompson grew up in Atlanta, Georgia, where he worked as a model for the Wilhelmina Agency as a young child. At the age of eight, he was introduced to rap. Afterward, he often wrote his own lyrics with the help of his father. By the time he was thirteen, he was able to do it solo.

Since then, he has put together a number of mixtapes including King Issa, Back to the Future, Rebirth, This Summer, and Blue Moon. Last year, he even dropped an extended play titled, This Winter, which gave rise to tracks such as The Come Up, Only God and Next One. A decent success, the project has already racked up tens of thousands of streams on sites such as DatPiff.

In addition to his tapes, the rap artist has shared many tracks on SoundCloud such as Don’t Do Me Like That, Issa Vibe (Freestyle), Back On My Grizz, Hard Body, Young Jesus (Remix), and That Part (Remix), and several others. As far as collaborations go, he has worked with many rappers including Jacquees, Cydnei Chyan, Omega Da Kid, and Kap G.

Considering his work as a rapper, it goes without saying that his musical releases play a big part in contributing to his overall income. Having said that, it’s hard for us to determine how much exactly he’s earned from his tracks.

In addition to that, he most likely also brings home some amount from concerts and other similar events. Looking at his schedule now, however, Thompson does not have any shows scheduled for the next few months.

Given that he continues to churn out new hits, it’s more than likely that his presence in the rap scene will continue to increase. As it does, he’ll surely gain more opportunities to earn money; when that happens, it’s probable that we’ll see a noticeable increase in his net worth.

No, Issa Thompson is not married. As far as we know, he is currently single.

Does Issa Thompson Have Any Children?

In 2012, the rapper (who was still a teen at the time) revealed that he had a daughter named Isa Marie Thompson.

Did Issa Thompson Go to College?

No, Issa Thompson has not gone to college as far as we can tell.

What is Issa Thompson Famous For?

Issa Thompson is perhaps best known for his mixtapes Back to the Future and King Issa, both of which have picked up tens of thousands of streams online.

Originally from Washington, D.C., Issa Thompson has been living in Atlanta, Georgia ever since his early childhood. Unfortunately, we do not have any further information on his location at this time.

What Kind of Car Does Issa Thompson Drive?

Details on Issa Thompson’s vehicle are not available.

How Much Money Did Issa Thompson Make Last Year?

At this time, we do not have any information on Issa Thompson’s annual salary.

Last month, the rapper dropped a new single titled, Don’t Do Me Like That which featured Jacquees. Since its release, it has already been played over 8,500 times on SoundCloud. Some of his other recent tracks include Don’t Think Too Hard (Feat. Cydnei Chyan), Issa Vibe (Freestyle), and Goldlink.

Wondering what the emcee is up to? Find out by following him on social media- you can find Issa Thompson on Twitter at @Issaiam. For his latest musical releases, check out his Soundcloud account here.