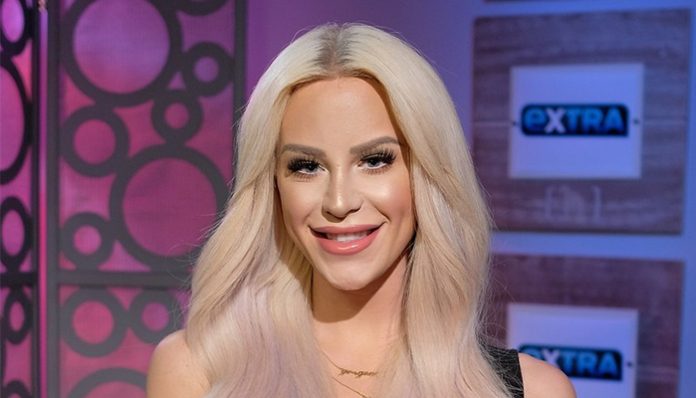 Originally from Canada, Gigi Gorgeous has been posting videos on her YouTube channel since 2008. Over the years, she has become quite the star, with over 2.7 million subscribers on the site. As you can probably expect, she’s well-known on several other social media platforms including Instagram, Twitter, and Facebook.

Since her rise to fame, the blonde has been featured in several TV programs such as The Avenue, Project Runway All Stars, About Bruce, and Access Hollywood, to name a few. As an actress, she has also appeared in Me and My Grandma, I Hate Myself, and Trailblazers.

How much does she make from her YouTube videos? With the audience that she has, surely she brings home a decent amount from the site? What about her other ventures? How wealthy is the twenty-something? According to various sources, Gigi Gorgeous has amassed a net worth of around $2 million as of 2018. Below, we’ve got more details on where she has earned her wealth.

How did Gorgeous Gigi Make Her Money & Wealth?

Born on April 20, 1992, in Quebec, Canada, Gigi Gorgeous grew up in Montreal, with her two brothers. Prior to her transition in 2014, she went by Gregory or “Greg.” As a student, she went to Iona Catholic Secondary School in Mississauga. Ultimately, it was during her teens that she decided to a launch a YouTube channel.

Though she initially only posted makeup tutorials, she has since included other content such as lifestyle and fashion video. After coming out as a transgender woman in 2013, she also documented her transition in a series of vlogs. As of 2018- ten years since the launch of her channel, she has gained over 2.7 million subscribers, with more than 441 million lifetime views.

Some of her most popular uploads to date include What’s in My Mouth with Kylie Jenner (12.3 million views), My Dog Giving Birth (7.8 million views), and Single Life (My Break Up) (7.3 million views). With the views that she receives, it’s not surprising to know that her channel brings in a decent amount of income. According to sources such as Nailbuzz, the blonde makes upwards of $350 a day; this works out to be around $130,000 per year.

In addition to her YouTube career, Gigi has also worked on several television shows in the recent years. For instance, she has appeared in The Avenue, The Marco Marco Show, Bro’Laska, Me and My Grand, and Good Work. Last year, she even had her own documentary titled, This is Everything: Gigi Gorgeous. As an actress, she has made a few appearances in the short films, I Hate Myselfie, I Hate Myselfie 2, and Better Than Sex.

In terms of other ventures, she has also dabbled in modeling. In the past, she has appeared on the covers of several magazines including Fashion and Paper. Not only that, but she has been featured in spreads for Out, Code, and Galore, among a few others.

Though she previously identified as bisexual, she later came out as a lesbian in the fall of 2016. For the past couple of years, she has been in a relationship with Natalia Williams, a member of the Getty family. In March 2018, it was announced that the two had gotten engaged.

Does Gigi Gorgeous Have Any Children?

No, Gigi Gorgeous does not have any children.

Did Gigi Gorgeous Go to College?

Yes, she briefly attended George Brown College in Ontario, Canada, where she studied fashion. Prior to graduating, however, she left to focus on her online career.

What is Gigi Gorgeous Famous For?

Gigi Gorgeous is best known for her YouTube channel, on which she has over 2.7 million subscribers as of 2018.

Originally from Canada, Gigi Gorgeous currently lives in Los Angeles, where she continues to further her Youtube, acting and modeling careers.

What Kind of Car Does Gigi Gorgeous Drive?

Details on Gigi Gorgeous’ vehicle are not available.

How Much Money Did Gigi Gorgeous Make Last Year?

At this time, we do not have any information on Gigi Gorgeous’ annual salary.

Last year, she released a documentary titled, This is Everything: Gigi Gorgeous, which followed her life during her male to female transition. Premiere at the Sundance Film Festival, it enjoyed a limited theatrical release.

Want to keep up with her activities? If so, why not give the blonde a follow? You can find Gigi Gorgeous on Instagram at @GigiGorgeous and on Twitter at @TheGigiGorgeous. If you haven’t already done so, be sure to also subscribe to her YouTube channel for the latest videos. On Facebook, you can also show your support by liking her official fan page.