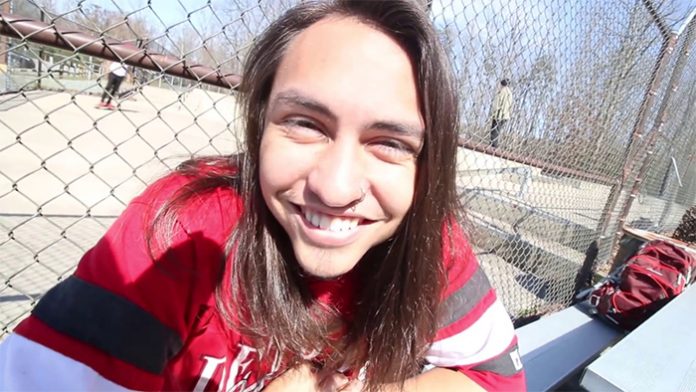 An up-and-rising singer, Landon Cube recently gained fame for his collaboration with Lil Skies, Red Roses. Even prior to that, he had released a number of singles including 19, Drive My Car, Beachtown, Euphoria, Round N Round, and Victims. Most recently, he came out with Round n Round (Feat. Sprite Lee) in April 2018.

Known for sharing his work on SoundCloud, the twenty-something has already gained over 85,000 followers on the site. Similarly, his official music videos have garnered him nearly 70,000 subscribers on YouTube. If you want to keep up with his latest releases, it might be a good idea to give him a follow!

How much has the artist pulled in from his records so far? How financially successful is he? Unfortunately, we do not have any information on Landon Cube’s net worth at this time. In the meantime, since we’re here, let’s take a look at what he’s managed to accomplish so far.

How did Landon Cube Make His Money & Wealth?

Born on February 1, 1998, in Maryland, Landon Cube has been fond of music ever since he was a child. By the time he was in fourth grade, he was writing his own lyrics. Several years later, while still in his mid-teens, he began to record his own music using his father’s recording equipment (his father is also a musician). Some of his greatest musical inspirations include Frank Ocean, Michael Jackson, and Prince.

Today, the artist has many songs to his name including Drive My Car, Euphoria, Beachtown, 18, Round N Round, and Victims, all of which have been played thousands of times online. For those who might be interested, most of his tracks are available for streaming on his official SoundCloud account.

With that said, it wasn’t until last summer that he gained widespread attention, with the release of the single, Red Roses. A collaboration with Lil Skies, the song took off almost immediately. As of May 2018, the accompanying MV has been played over 75 million times on YouTube. Not only did Landon contribute vocals to the track, but he also played a role in writing it, alongside Lil Skies and Keeley.

His most successful release to date, it wouldn’t be surprising if he has managed to pull in a decent amount from the song.

As far as his most recent releases, he dropped Drive My Car and Round n Round (Feat. Sprite Lee) earlier this year. Not only that, but he landed a feature in Louis Luv’s What’s Luv.

Where else does his income come from- besides his records? As you can probably expect, Landon Cube has also put on a number of concerts over the years (though he doesn’t have any scheduled at the moment). Naturally, he would pocket a decent amount for each performance.

Assuming that he’s been monetizing his YouTube channel, it’s likely that he also receives a stream of revenue from his music videos. To date, he has amassed more than 67,000 subscribers, with over 4.1 million views. As his popularity continues to rise, it’s almost guaranteed that his earnings will also go up.

No, Landon Cube is not married. As far as we know, the singer is currently not in a relationship.

Does Landon Cube Have Any Children?

No, Landon Cube does not have any children that we know of.

Did Landon Cube Go to College?

Unfortunately, not much is known about Landon Cube’s education history at this time. With that said, it’s likely that he has not attended college.

What is Landon Cube Famous For?

Landon Cube recently gained widespread attention after being featured in Lil Skies’ hit single, Red Roses. An incredible success, the music video has since been viewed over 75 million times on YouTube alone.

Unfortunately, we do not have any information on Landon Cube’s location at this time, nor do we have any pictures of his abode.

What Kind of Car Does Landon Cube Drive?

Details on Landon Cube’s vehicle are not available.

How Much Money Did Landon Cube Make Last Year?

At this time, we do not have any information on Landon Cube’s annual salary.

As mentioned earlier, Landon Cube recently came out with two new singles this year- Drive My Car and Round n Round, the latter of which featured guest vocals from Sprite Lee. Not only that, but he also landed a feature in Louis Luv’s What’s Luv.

Want to keep up with the singer’s activities? If so, why not give him a follow on social media? You can find Landon Cube on Twitter at @Landonvoncube or on Instagram at @Landonvoncube. If you’re on Facebook, you can also give him a “like” on his official fan page.