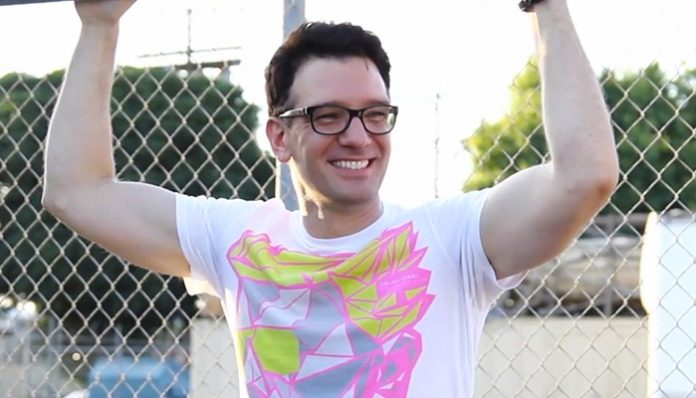 A singer-songwriter, JC Chasez gained critical acclaim as a member of the boy band, NSYNC in the late 1990’s. During their time together, they released several hit songs including Bye Bye Bye, Music of My Heart, It’s Gonna Be Me, and Girlfriend. After seven years of activities together, they disbanded in 2002.

Since then, he has not only launched a solo music career, but has also appeared in a number of TV shows such as What I Like About You, Ghost Whisperer, and Greetings From Tucson. From 2008 to 2012, he also served as one of the judges on MTV’s America’s Best Dance Crew.

How is the singer doing for himself nowadays? How much money did he make from his NSYNC days? What are some of his latest projects? How rich is he? From what we could find online about his net worth, JC Chasez is said to have amassed a fortune of $16 million as of 2018.

How did JC Chasez Make His Money & Wealth?

Born on August 8, 1976, in Bowie, Maryland, JC Chasez discovered that he enjoyed singing after one of his friends dared him to enter a talent show when he was still in grade school. From there, he eventually landed a role in The Mickey Mouse Club after a successful audition at the age of thirteen. During his time on the show, he worked with Christina Aguilera, Justin Timberlake, Tony Lucca, and Britney Spears.

Not long afterward, he was invited to join NSYNC in 1995. Their self-titled album, ’N Sync was later released in 1997. A massive hit, it peaked at number two on the Billboard Top 200, with six charting singles, one of which went gold in the US.

Over the next few years, their popularity only heightened with the release of their subsequent albums, No Strings Attached and Celebrity, both of which achieved multi-platinum status. Considering the success of their records, it’s likely that Chasez had received a decent share of earnings from their work together. In addition to their albums, the group also headlined a number of tours during the late 1990’s and early 2000’s. Often sold out, these concerts would have yielded the boys another stream of revenue.

Two years after NSYNC split up, the singer launched a solo music career with the release of his debut album, Schizophrenic. Well received, it reached number 17 on the Billboard 200. To date, some of his most popular singles include Some Girls (Dance with Women), Plug It In, and Animal.

Outside of his music career, he has also worked on several different television series. For instance, he made appearances in the shows What I Like About You, What’s New, Scooby-Doo, Greetings from Tucson, and Ghost Whisperer. For four years, he also served as one of the judges on the dancing competition series, America’s Best Dance Crew.

As far as the big screen goes, Chasez has worked on a handful of films such as Killer Movie, 21 and a Wake-Up, and Red Sky. Most recently, he appeared as himself in the musical comedy, Opening Night in 2017.

While he isn’t married, he has been in a long-term relationship with Kathryn Smith since 2013.

Does JC Chasez Have Any Children?

No, JC Chasez does not have any children.

Did JC Chasez Go to College?

No, JC Chasez has not gone to college. Instead, he had pursued a music career as a member of NSYNC in the late 1990’s.

What is JC Chasez Famous For?

JC Chasez rose to fame in the late 1990’s as a member of the boy band, NSYNC. Since their disbandment, he has appeared in several television series and programs.

Like most artists, JC Chasez lives in Los Angeles. We do not have any pictures of his house at this time.

What Kind of Car Does JC Chasez Drive?

Details on JC Chasez’s vehicle are not available.

How Much Money Did JC Chasez Make Last Year?

At this time, we do not have any information on JC Chasez’s annual salary.

On television, he appeared in Access Hollywood, Entertainment Tonight and The Ellen Degeneres Show earlier this year.

What’s the former NSYNC member doing nowadays? If you’re curious, why not follow him on social media? JC Chasez is active on Twitter (@JCChasez) and Instagram (@JCChasezOfficial). For the latest news and announcements, you can also check out his official Facebook page here.