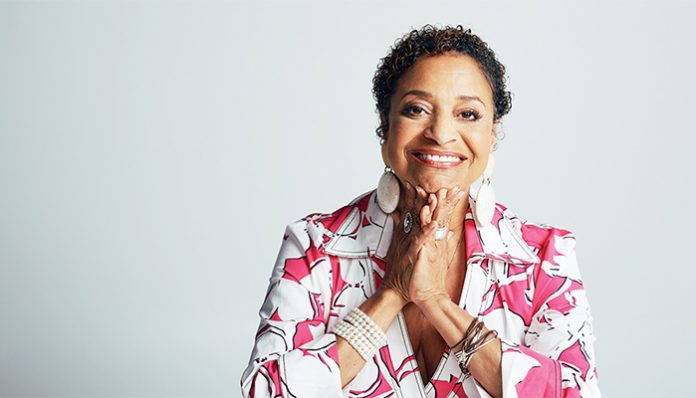 An American actress, Debbie Allen rose to fame in the early 1980’s for her work on the musical drama, Fame. Since then, she has appeared in many television series including All of Us, Everybody Hates Chris, Jane the Virgin. Perhaps her most noteworthy role of all, however, is Dr. Catherine Avery in ABC’s Grey’s Anatomy.

In addition to her work on the small screen, she has worked on several films over the years such as Fame, Next Day Air, Tournament of Dreams, and A Star for Rose. According to her IMDb, she is currently working on a movie titled, Silent Rhythm alongside Rasta Thomas and Jesse L. Martin.

How well-paid is she as a television actress? Aside from acting, what other things is she involved with? How rich is she? According to various sources, Debbie Allen has amassed a net worth of $3 million as of 2018. Let’s have a better look at some of her accomplishments below.

How did Debbie Allen Make Her Money & Wealth?

Born on January 16, 1950, in Houston, Texas, Debbie Allen is the daughter of Vivian Allen, a Pulitzer Prize-nominated artist and playwright. Fond of theatrical arts, she ultimately launched her acting career after graduating from Howard University. In 1980 she garnered critical acclaim for her portrayal in the Broadway production, West Side Story, a role that later earned her a Tony Award nomination.

From there, she began to land more roles on television. Some of her early credits from the 1980’s and 1990’s include The Love Boat, Celebrity, Fame, A Different World and In the House. Still, it wasn’t until 2011, after she was cast in ABC’s Grey’s Anatomy that she started to gain more attention as a TV actress. Introduced in the eighth season, she plays the role of Dr. Catherine Avery, an attending urologist at the hospital.

As a supporting cast member who’s been on the show for over seven years, it’s likely that she’s paid decently for her appearances. With that said, her exact figures have not been disclosed to the public.

In addition to television, Allen has appeared in several films over the years including Next Day Air, Fame, A Star for Rose and Everyday Jake. In fact, she is currently working on a movie titled, Silent Rhythm with Rasta Thomas and Jesse L. Martin.

Aside from acting, she is also active behind-the-scenes; that is, she has worked on numerous titles as a director. For instance, she has directed the shows Quantum Leap, Life Is Not a Fairy Tale, The Fresh Prince of Bel-Air, Family Ties, The Parkers, and Scandal, to name a few. Not only that, but she has produced a couple of films including Amistad (alongside Steven Speilberg) in the late 1990’s.

As if all that wasn’t impressive enough, she is also an accomplished choreographer, having choreographed The Academy Awards for a decade. In the past, she even authored a book titled, Dancing in the Wings, which is loosely based on her own experiences as a young dancer. For her contributions to dance, she received a Life Achievement Award in 2009.

She has been married to Norm Nixon, a former NBA player since 1984. Her second marriage, she was previously married to Win Wilford.

Does Debbie Allen Have Any Children?

Did Debbie Allen Go to College?

What is Debbie Allen Famous For?

Like many actors, Debbie Allen currently lives in LA. Unfortunately, that’s the extent of the information that we have at this time.

What Kind of Car Does Debbie Allen Drive?

Details on Debbie Allen’s vehicle are not available.

How Much Money Did Debbie Allen Make Last Year?

Unfortunately, we do not have any details on Debbie Allen’s annual salary.

Currently, she plays the part of Dr. Catherine Avery in the medical drama series, Grey’s Anatomy. As far as we know, she will be reprising her role in the upcoming 15th season.

A fan of her work? If so, why not keep up with her on social media? For instance, Debbie Allen is active on Twitter at @MsDebbieAllen or on Instagram at @TheRealDebbieAllen. If you’re on Facebook, you can also like her official fan page here.