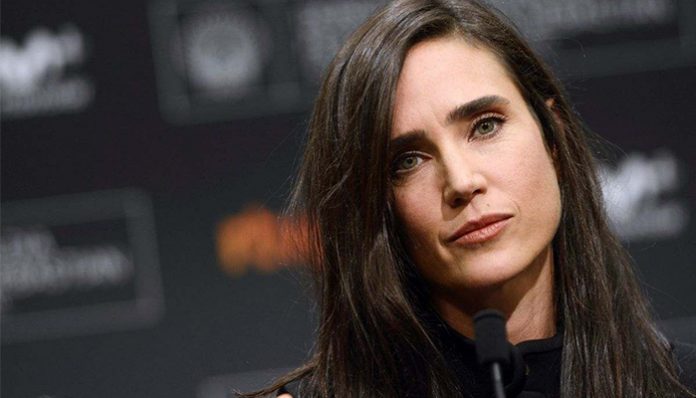 Hailed as one of the world’s most beautiful women, Jennifer Connelly has been acting on the big screen since the early 1980’s. Some of her most noteworthy film credits include A Beautiful Mind, The Day the Earth Stood Still, and Requiem of a Dream, to name a few. Most recently, he worked on Only the Brave and Spider-Man: Homecooking, both of which came out in 2017.

Though best known for her film career, she has also appeared in a few television series such as Tales of the Unexpected, The Heart of Justice, The $treet, and Out There. As far as upcoming projects go, she will be co-starring in an upcoming sci-fi series titled, Snowpiercer sometime later this year.

How well-paid is the veteran actress? How much does she make from starring in a film? How wealthy is she? To answer this question, it’s said that Jennifer Connelly’s current net worth sits at around $20 million.

How did Jennifer Connelly Make Her Money & Wealth?

Born on December 12, 1970, in Cairo, New York, Jennifer Connelly launched her career as a child model at the age of ten, after one of her parents’ friends suggested that she audition for Ford Modelling Agency. With encouragement from her mother, she eventually branched out into acting in her early teens. In 1984, she landed her first role in the feature film, Once Upon a Time in America.

A year later, she landed her first starring role in the movie, Phenomena. Still, it wasn’t until the late 1990’s, after she had appeared in the critically acclaimed film Dark City, that she started to gain more attention as an actress.

In 2000, she received a break after being cast as Marion Silver in the psychological drama film, Requiem for a Dream. Praised for her portrayal of a heroin addict, her portrayal earned her a few accolades including an Independent Spirit Award nomination for Best Supporting Female.

From there, she went on to play Alicia Nash in the film, A Beautiful Mind, a role that ultimately earned her both an Academy Award and a Golden Globe Award for Best Supporting Actress. A huge hit at the box office, the movie had grossed more than $313 million worldwide from a $58 budget. Unfortunately, it’s unknown how much she was paid for the role.

Over the next couple of years, she appeared in the films Hulk and House of Sand and Fog, both of which yielded her industry awards. According to sources, she was paid $1.3 million for her portrayal in the former title.

Since then, Connelly has starred in numerous movies including The Day the Earth Stood Still, He’s Just Not Into You, Creation, The Dilemma, Salvation Boulevard, and Winter’s Tale, to name a few. Most recently last year, she worked on the titles Only the Brave and Spider-Man: Homecoming, the latter of which saw her take on a voice-acting role.

Considering all that we’ve discussed above, it’s likely that she earned most of her current wealth from the films that she’s worked on over the years.

Jennifer Connelly has been married to Paul Bethany, a fellow actor, since 2003.

Does Jennifer Connelly Have Any Children?

Yes, she has three children with her husband; the youngest, Agnes, was born in 2011.

Did Jennifer Connelly Go to College?

No, Jennifer Connelly did not go to college.

What is Jennifer Connelly Famous For?

Jennifer Connelly is perhaps best known for starring in the biopic film, A Beautiful Mind. Critically acclaimed, her performance earned her a BAFTA Award, a Golden Globe Award, and an Academy Award.

Jennifer Connelly and her family live in Brooklyn, New York. We do not have any further details on her abode at this time.

What Kind of Car Does Jennifer Connelly Drive?

Details on Jennifer Connelly’s vehicle are not available.

How Much Money Did Jennifer Connelly Make Last Year?

At this time, we do not have any information on Jennifer Connelly’s annual salary.

Last year, she not only co-starred in the film Only the Brave, but she also voiced Karen in Spider-Man: Homecoming. As far as upcoming projects go, she will be playing one of the main leads in the movie, Alita: Battle Angel, sometime later this year.